Bitcoin Fork Coming: How To Prepare For Replay Attacks (What are replay attacks?)

CoinSutra » Bitcoin » Bitcoin Fork Coming: How To Prepare For Replay Attacks (What are replay attacks?) 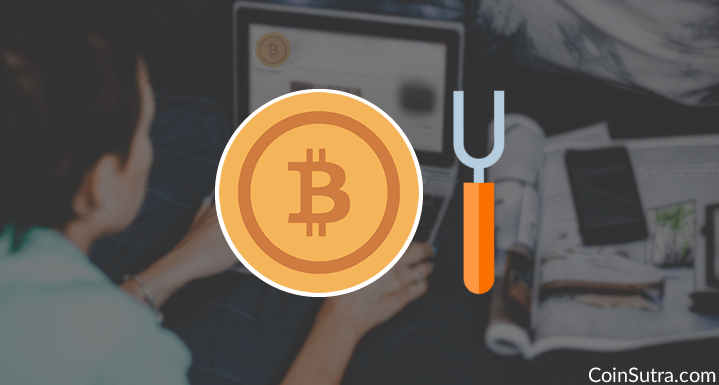 Are you holding bitcoins?

Then you must know that you can lose your BTC in the upcoming Bitcoin hard fork (HF) due to replay attacks.

What is a Hard Fork (HF) and What are Replay Attacks?

I think many newbies and non-tech savvy users of Bitcoin might be anxious about so many of these jargonous words. But in this post, I am going to touch upon what this is all about so that you can be well-informed and prepared.

Note: I will typically be using the word “split” instead of “fork” as it is easier to understand.

So let’s see what is going on here…

There has a been an unstoppable debate between these two groups:

They can’t agree on how to increase the efficiency of transactions on the Bitcoin blockchain.

Bitcoin Core Group (BTC) wants to keep the original code of Bitcoin intact and introduce a “soft fork” with integrated SegWit. It’s ok if you don’t understand what this SegWit soft fork is all about. Just recognize it as a way of increasing efficiency of Bitcoin transactions. (See our guide on Litecoin to understand SegWit.)

On the other hand…

And now, both groups are not ready to compromise on each others’ recommended solutions.

Hence, the result will likely be a split between the two Bitcoin groups. They would basically split the blockchain in two and apply the solutions which they themselves find suitable.

This would result into two Bitcoin blockchains and two varieties of Bitcoin.

For the sake of this article, let’s assume that there will be two Bitcoin blockchains:

So which blockchain will your bitcoins be on?

The answer is quite interesting:

After the split, you will have both BTC and BTU balances; in other words, your coin holdings will double.

You may think this is a good thing as your value will also double.

Note: Doubling of coins does not mean doubling of value. The value of both BTC and BTU will be determined after the split based on demand and supply in the market.

Here’s the important part: Both of your coins (BTC and BTU) will have the same private keys.

This split will open up a possibility for another problem called a Replay Attack.

What is a Replay Attack?

Let’s consider an example to make it more non-technical to understand:

While doing this, you were unaware that you were using an infected system which records your credit card’s details and authorization PIN.

The unethical hacker now has your card details and can spend your money wherever he/she wants. The attacker can “replay” (or reuse) the details as many times as he/she wants until you finally notice this is happening.

You might also say that you have extra authentication in place for this type of event.

Yes, I agree, but this is just an example for explaining replay attacks.

What is a Bitcoin Replay Attack?

The same event which we discussed above can happen to your Bitcoin after the split or hard fork.

Because, as I told you earlier, both your BTC and BTU bitcoins will have the same private keys.

This gives an opportunity to an attacker to reuse the transaction details done on one blockchain on the other blockchain.

The transaction will be valid on both chains, and both BTC or BTU nodes would accept it.

Let’s say you have now BTC on the original Bitcoin blockchain.

You go to do a transaction of 5 BTC to buy something on the Bitcoin Core blockchain. You sign the transaction and send it to the merchant’s BTC address (and now the merchant also has both a BTC and BTU address).

That’s because someone (maybe even the merchant!) re-payed/re-broadcasted the transaction that you sent on the BTC blockchain to nodes on the BTU blockchain.

BTU nodes have no way to identify which chain the transaction was meant for. The signed transaction in this scenario becomes valid on both the BTU and BTC blockchain.

And this scenario is also true for vice-versa transactions.

So when both the BTC and BTU have different blockchains, how will the other blockchain accept the transaction as valid?

Why are transactions valid on both chains?

Transactions, when replayed, will be valid on both blockchains because, even though the blockchains are different, they are also similar in their individual transactions and historical ledgers.

The split (hard fork) solution to increase Bitcoin transactions is happening at the block level, not at each transaction level. The block contains all transactions.

So a transaction which moves any type of coin (BTC/BTU) from address A to address B on one blockchain will also move the coins on another blockchain if replayed.

Hence, the transactions will be valid on both chains.

However, all of this is just a possibility. But it might turn into a reality very soon. So precaution is always better than cure.

It will be very interesting to see what happens in the next few weeks.

I hope this insight on Bitcoin’s future will help you in making better decisions.

Now I want to hear from you: What would you do in the case of a fork or replay attack? Are you still confused about “replay attacks”? Let me know your thoughts and questions in the comments section below.

22 thoughts on “Bitcoin Fork Coming: How To Prepare For Replay Attacks (What are replay attacks?)”