Bitcoin Private Keys: Everything You Need To Know

CoinSutra » Bitcoin » Bitcoin Private Keys: Everything You Need To Know

What if you lost all of your bitcoins tomorrow? What would you do?

Let me stress this point:

Yes, you read that right.

Even the most knowledgeable man on Bitcoin says:

“The private key must remain secret at all times because revealing it to third parties is equivalent to giving them control over the bitcoins secured by that key. The private key must also be backed up and protected from accidental loss, because if it’s lost it cannot be recovered and the funds secured by it are forever lost, too.”
― Andreas M. Antonopoulos, Mastering Bitcoin: Unlocking Digital Cryptocurrencies

In my earlier guide on Bitcoin wallets, I have used two terms extensively- Private Address (or key) and Public Address (or key). These keys are what makes Bitcoin the safest and most widely used cryptocurrency.

To understand private keys and public keys, let us look at an example.

Consider a mailbox where you receive your physical mail.

It has a unique and specific number (an address). If someone has to deliver you a letter, he/she must know your house/flat number to deliver it.

And as the receiver, you have a private address (or key) to unlock the mailbox and collect your belongings.

In real life, do you give your keys to someone unknown?

You always keep track of your key and don’t jeopardize the contents inside of your mailbox.

Similarly, just like your house/flat number, anyone in the Bitcoin world can know your public address (Bitcoin address) to send you bitcoins. And to unlock (spend/send) those bitcoins, you would require your private address (or key) for which you need to take full responsibility, just like the keys of the mailbox.

I feel that understanding the underlying technical aspect of keys is important so that your remain better informed and educated enough to take care of them.

In the next section, I will tell some basic technical aspects of these keys.

What is Bitcoin Private Key?

A private key is a secret, alphanumeric password/number used to spend/send your bitcoins to another Bitcoin address. It is a 256-bit long number which is picked randomly as soon as you make a wallet.

The degree of randomness and uniqueness is well defined by cryptographic functions for security purposes.

This is how the Bitcoin private key looks (it always starts with 5):

What is a Public Address (or key)?

This is another alphanumeric address/number which is derived from private keys only by using cryptographic math functions.

It is impossible to reverse engineer and reach the private key from which it was generated.

This is the address used to publicly receive bitcoins.

This how the Bitcoin public address looks (it always starts with 1):

This address is always seen and broadcasted for receiving bitcoins. Users can make as many public addresses as they want to receive bitcoins.

What are Bitcoin private keys used for?

They are the key to spending and sending your bitcoins to anyone and anywhere. This irreversibility is guaranteed by mathematical signatures which are linked to each transaction whenever we use the private keys to send bitcoins. 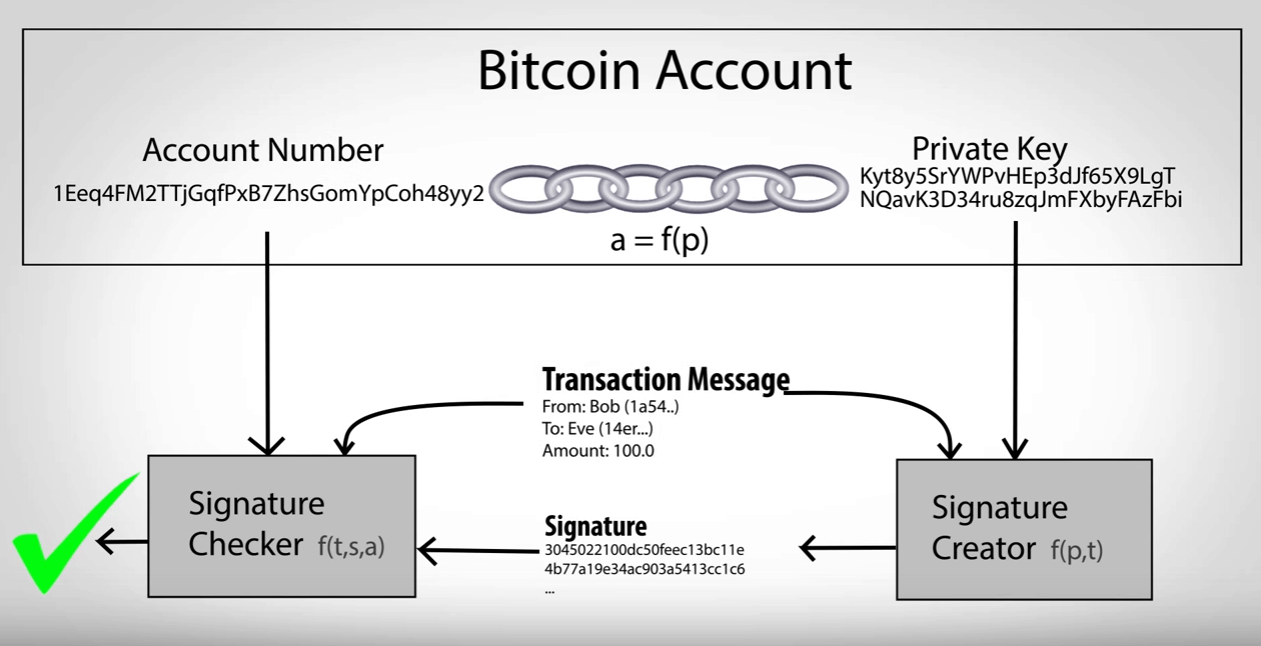 How do we keep private keys safe?

It is OK if you didn’t understand the above technical stuff.

You can still use Bitcoin as long as you keep your private keys safe.

These digital keys are crucial in the ownership of bitcoins. These keys are not stored on the Bitcoin network but are created and stored by the file/software (a.k.a. wallet).

A wallet stores these keys. There are a lot of types of wallets out there and some allow the private keys to be stored and guarded by the user.

Some keep the key safe on behalf of the user.

I have explored each type of safety measure for you so that you can choose the most effective wallet according to your needs.

Most of the web and mobile wallet software services in the Bitcoin market store your private key on your behalf on their servers.

They get stored in an encrypted form which only you can decrypt.

In this kind of wallet, your keys are held by someone else, and if that gets hacked or stolen, your bitcoins are gone. That is why you need to take extra safety measures when dealing with these services.

Desktop wallets are relatively safe. In such wallets, once you install them on your desktop, you will get your Bitcoin address and private key in a downloadable and importable file.

These importable keys can be made password protected and stored on a memory stick or hard drive.

But once you lose the file of the private key, you will lose the bitcoins.

I am going to discuss each one of these in detail in upcoming articles.

Hardware wallets are basically an electronic invention made to store your private keys offline away from the vulnerable online environment so that they can’t be hacked.

Some hardware wallets come with security grid cards similar to some debit cards in order to verify the transaction. Some even have a little digital screen to verify your transactions.

They are tamper proof and come with a limited user interface. In case your device is destroyed, as long as you have a backup code, you can retrieve your keys and bitcoins.

Some of the popular hardware wallets are: 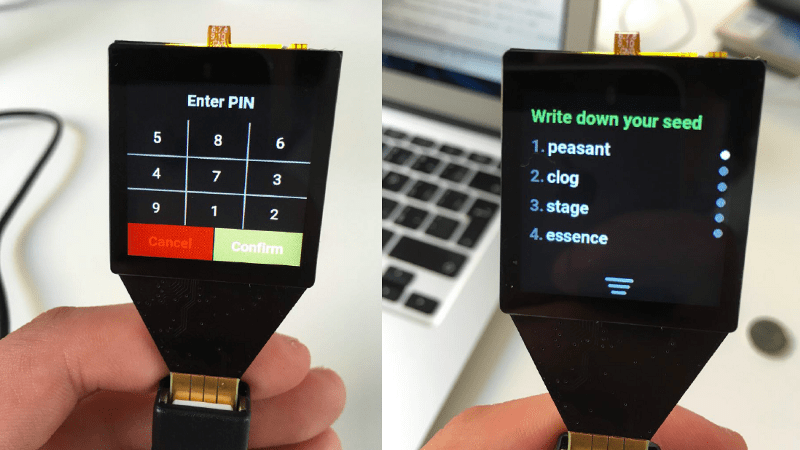 Trezor was the first hardware wallet to be launched since the invention of Bitcoin. It is a small device which can be connected via a USB cable to your personal computer. Its fundamental purpose is to store the private keys offline and sign transactions. 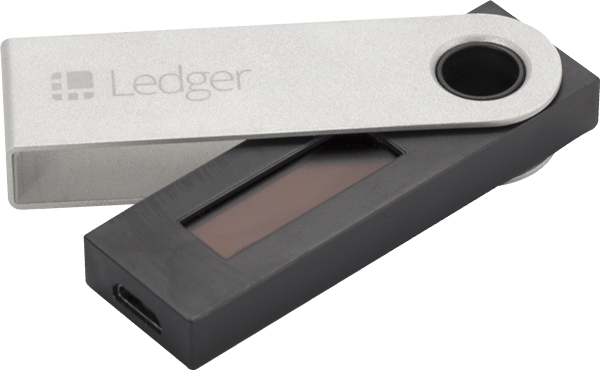 Ledger Nano S can be used even on a computer that is infected with malware. It has two buttons which are needed to be pressed together to sign and confirm a transaction, making impossible for a hacker to use.

Ledger Nano S also requires the user to create a PIN code on setup. The PIN code helps prevent the loss of bitcoins in case your Nano S gets lost.

It supports Bitcoin, Ethereum, and other popular altcoins, and connects with other software wallets like MyCelium. Here are few videos to learn more about Ledger Nano S:

They protect the user against potential theft or mishap with the desktop or mobile devices.

These kinds of wallets are also called “cold storage” because the keys are generated offline and never stored online or on a computer.

You can make your paper wallet from bitaddress.org, which is an HTML page specifically for this purpose only.

You can save the HTML page offline and remain disconnected from the internet to generate the keys. They can be printed on paper or stored as a soft copy on a USB or hard drive. Read my previous guide on how to make a Bitcoin paper wallet.

In a Bitcoin wallet, the most important thing is your private key because it will prove that the bitcoins you claim as your own are actually yours.

In upcoming posts, I will cover how to set up a wallet for each type (Mobile/Desktop/Hardware/Paper) and how to save/import your private keys.

How are you keeping your private keys safe? Let us know what you do in the comments below!! Have a question about Bitcoin Private keys? Feel free to ask in the comment section below.

Happy reading, learning, and sharing with the coinsutra.community!

Here are a few more Bitcoin wallet related guides that you must read next:

182 thoughts on “Bitcoin Private Keys: Everything You Need To Know”