The rush to collect cryptocurrencies continues well into 2020.

If you are new to the crypto space, you might have heard of only Bitcoin.

But there are hundreds of altcoins (or alternative cryptocurrencies) other than Bitcoin. Each altcoin comes up with its own unique technology and vision to change the world.

One such cryptocurrency goes by the name of Litecoin.

Litecoin is the world’s first altcoin. Like Bitcoin, Litecoin also exists on the internet as digital money. No one can feel, touch, or mint it.

But there are still fundamental differences between both currencies.

What Is Litecoin Cryptocurrency Used For?

Litecoin is a cryptocurrency like Bitcoin, but it is based on an entirely different protocol. It was conceived to act like pure digital money.

Litecoin is a peer-to-peer Internet currency that enables instant, near-zero cost payments to anyone in the world.

Litecoin was not made to compete against Bitcoin, but instead to act as a complimentary payment solution alternative.

Think of Litecoin as the silver to Bitcoin’s gold.

When And Why Was Litecoin Created?

Litecoin was created on 7th Oct 2011 by Charlie Lee, an ex-Google employee. Litecoin was designed to complement Bitcoin by solving problems like concentrated mining pools and transaction timings. Charlie is very active on Twitter.

Litecoin came from Bitcoin’s core code with some modifications. Charlie Lee modified the code and protocol in the way he considered best in order to achieve large-scale adoption of the currency.

Lee wanted to reduce block confirmation timings of 10 minutes to 2.5 minutes so that a higher volume of transactions could be confirmed.

By doing so, Lee enhanced the Litecoin transaction speed by 4X (when compared to Bitcoin).

This one is very interesting.

From 2011-2016, Litecoin didn’t have any full-time developers. Initially, only Charlie Lee (the creator of Litecoin) and Warren Togami (the lead developer) were associated with the Litecoin open source project.

In 2016, a developer under the alias name “Shaolinfry” joined Litecoin.

There are also several other contributors who run the community and look after releases.

At present Warren Togami works with Blockstream and Charlie Lee announced his return to LTC after working with Coinbase for a while.

Today's my last day at @coinbase! I will miss working with you all.

I'm going to shift my focus to Litecoin now. To the moon! 😁 pic.twitter.com/Ys9dZwtTFO

How Many Litecoins Will There Be?

Litecoin was the first one to identify the limited supply of 21 million bitcoins. So, Litecoin came up with a 4X supply of bitcoins.

Every 2.5 minutes, a Litecoin block is mined, and 25 coins are generated, which makes 14,400 Litecoins per day.

How Much Is One Litecoin Worth?

Hence, the market capitalization of Litecoin is $ 8.4 billion, putting it in the top 5 list of cryptocurrencies by market cap.

Usually buying altcoins with fiat is difficult because of liquidity. But Litecoin is one of the oldest players amongst the altcoin has sufficient liquidity and it is possible to buy LTC for USD, EUR, CNY, GBP etc. So here is the list of sources from where you can buy LTC.

A cheap and fast way of buying Litecoin is through Coinbase, provided that they serve your country.

You can check to see if their service is available in your country over here.

Here’s what you do:

If you are from one of those countries where Coinbase is not operational, then you can buy Bitcoins & exchange it for Litecoins.

One of the easiest ways to get ahold of your first Litecoin (LTC) is to get it exchanged from Changelly. I like using Changelly because of their competitive exchange rates.

To do this, you will need the following things:

Note: Though this guide shows how to buy Ripple in exchange for BTC, the process is exactly the same for buying Litecoin.

Hardware wallets like the Ledger Nano S & Trezor provide a robust and secure wallet for your crypto assets. 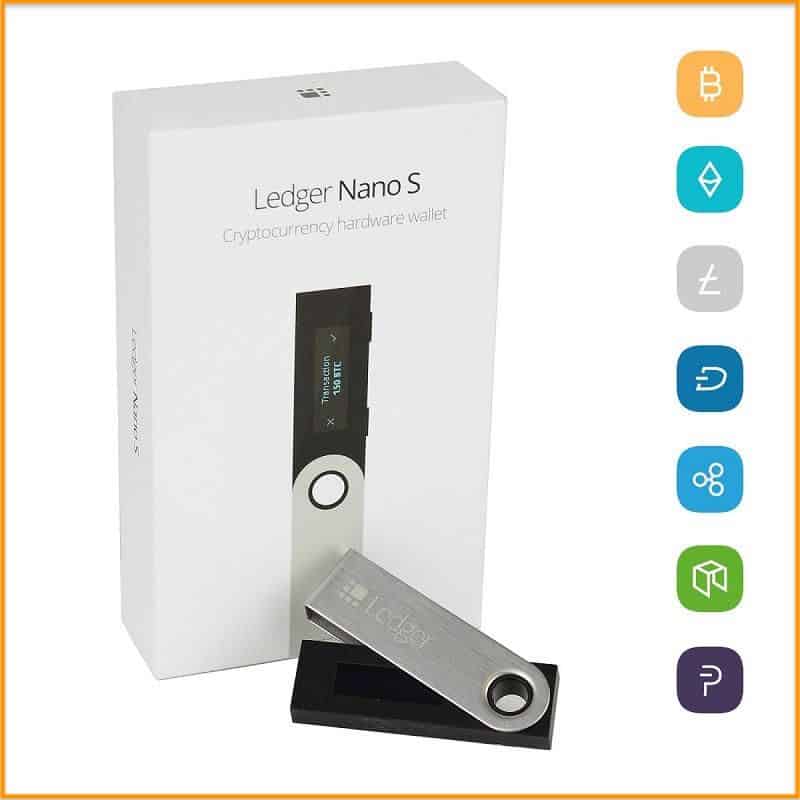 Both wallets support Litecoin, however, I prefer using the Ledger Nano S for my funds.

The Ledger Nano S is also the cheapest multi-currency hardware wallet available (only $65!).

If you hold plenty of cryptocurrencies, consider getting a Ledger Nano S or Trezor.

Here is a video playlist that will help you learn how to use the Ledger Nano S. This is going to help you a lot in your Bitcoin & Litecoin future:

Exodus is a multi-cryptocurrency desktop wallet that supports Litecoin.

It is a wallet which focuses on easy usability along with ensuring the security of your digital assets. It also has a one-click email recovery feature. 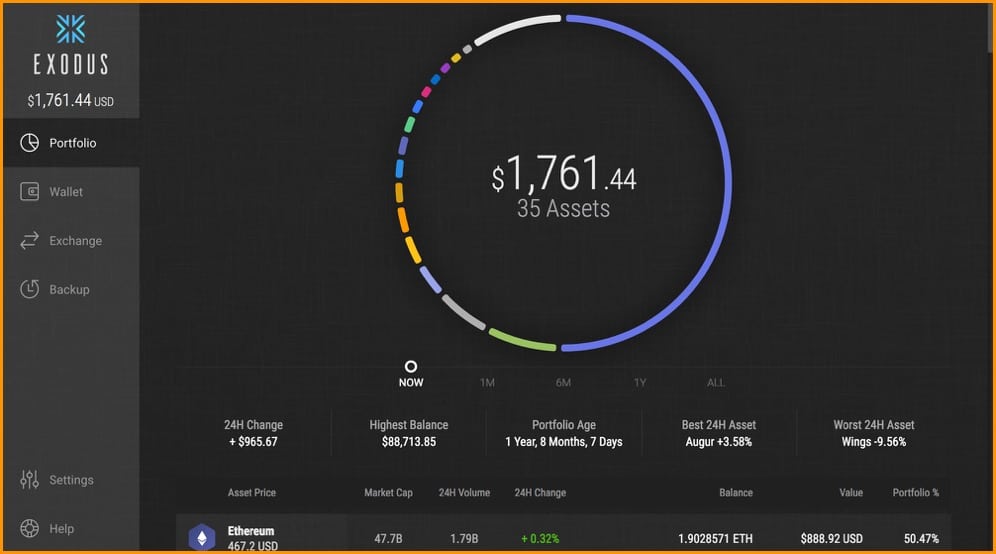 And the 12-word recovery seed key feature enables you to restore your funds if you run into any issues with your device.

Exodus is available on Mac, Linux, and Windows.

Jaxx is a multi-cryptocurrency mobile wallet which supports Litecoin.

It has one seed key recovery phrase feature which enables you to restore your Litecoins in case your device is lost or damaged. 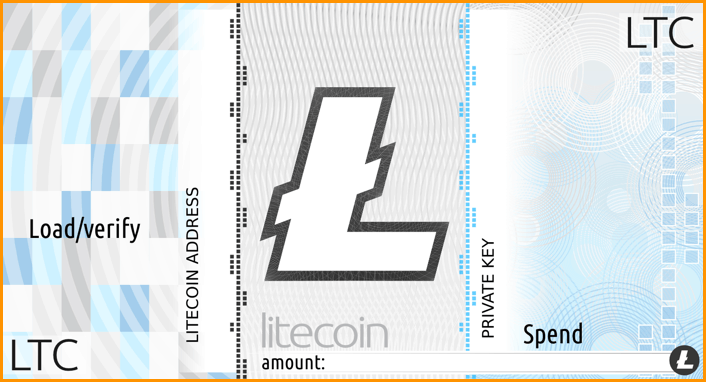 If paper wallets work for you, then head toward liteaddress.org and make one. 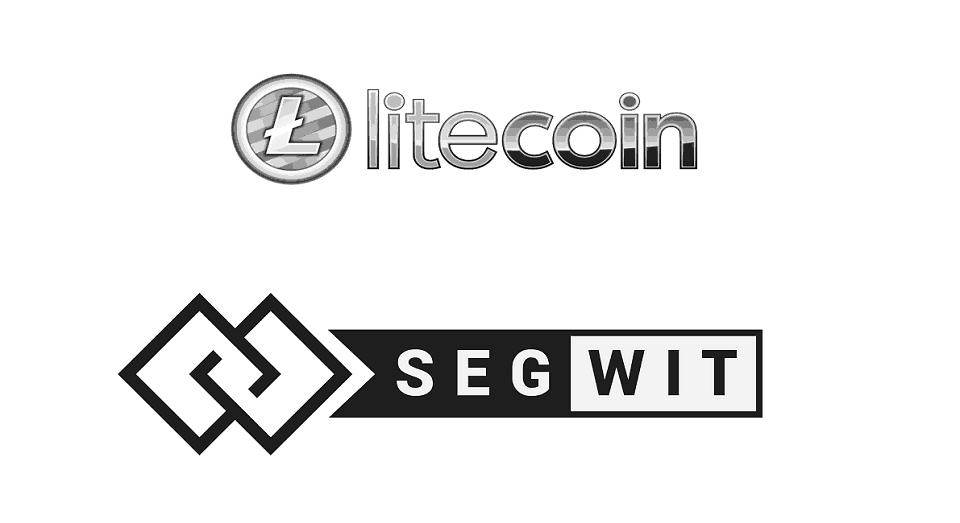 Segregated Witness (aka SegWit) is a blockchain scaling solution. On 10th May 2017, the Litecoin blockchain implemented SegWit with a community consensus of 95%.

SegWit has activated on Litecoin! 💥😁 pic.twitter.com/lpeklpQpZe

In plain English, SegWit means separating the witness signatures from the transactions.

For example: Consider Litecoin blocks as wagons of a train which carry a new passenger and their luggage every 2.5 minutes. Now, you want to carry even more passengers in that same train car. To do this, you start sending the passenger’s luggage separately. Now, there is more space on the wagon for more passengers.

So for every 1 MB Litecoin block, that block carries a transaction and their witnesses (i.e. signatures) every 2.5 minutes. If we start sending the signatures separately, then more transactions would be able to happen in that 1 MB block.

So that’s what Litecoin SegWit did. The Litecoin community separated transactions and signatures, hence increasing the volume of transactions getting verified every 2.5 minutes.

Another mind-blowing feat that Litecoin has achieved after Charlie Lee returned full-time on the project is Atomic Swaps. On 20th September Litecoin and Decred were atomically swapped.

This type of swap or exchange would be very harmful to escrow services or centralized exchanges like Binance or ByBit etc because these atomic swap technology is free to use and has no exchange or transaction fee.

But the other thing to note is that this technology is in its infancy and I believe it would take at least 12-18 months more before it hits mainstream adoption. If you want more for more technical details of atomic swaps see here and here. 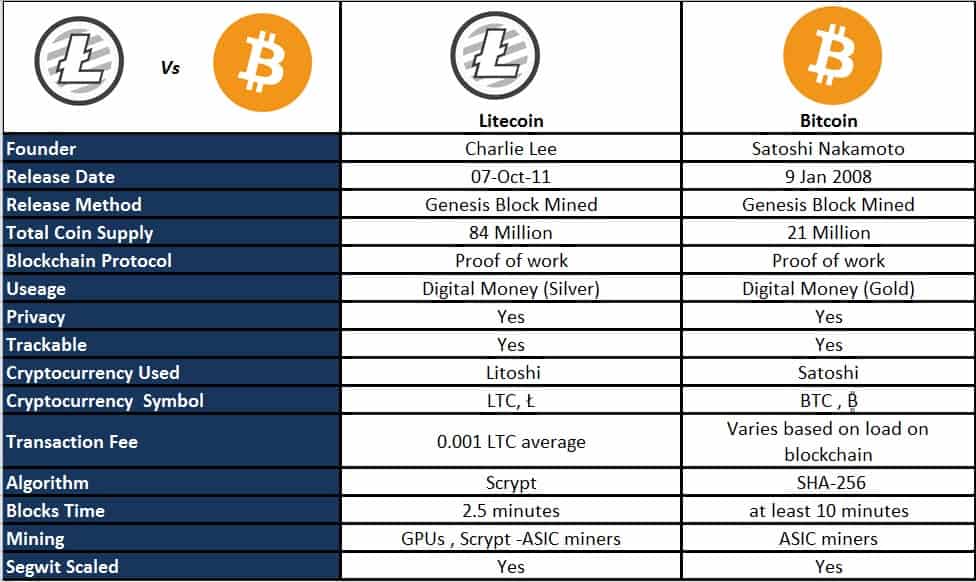 At the time of this writing, Litecoin is six years old and Bitcoin is eight years old.

Litecoin works in a very similar way to Bitcoin.

Both currencies also have their fair share of the market. Despite the Bitcoin boom, Litecoin has proven to be a safe haven, as it is less volatile, unlike Bitcoin.

Litecoin also has very minimal transaction fees in comparison to Bitcoin. This makes it an obvious choice for merchants.

And the transaction confirmation timing is four times faster than Bitcoin.

Litecoin had its first Annual Litecoin Summit in September 2018 which began with the keynote from Charlie Lee and here is the sneak peek into it:

Below are some links that may help you stay updated on Litecoin:

So when are you buying your first Litecoin?

Which wallet are you using to store your Litecoins and other altcoins?

Do let me know your comments and feedback in the comments section below!

14 thoughts on “Litecoin Cryptocurrency: A Complete Guide for Absolute Beginners”