The cryptosphere is getting more crowded than ever. More and more people are joining the space every day with the hopes of making quick money.

However, in the process, they are bombarded with numerous terminologies and crypto jargons that makes most of them feel out of the sink.

When I started, I felt the same. But trust me when I say that learning these new terms and jargons is worth every bit of the hassle. Needless to say, it might seem overwhelming at first, but you will get used to it with time. If you intend to stay in the game, it is very important that you understand the terms used in the cryptosphere.

Moreover, if you are not a quick learner and don’t like updating yourself, you are destined to get outdated very soon considering this space is growing at an astronomical pace.

Keeping all these factors in mind, I have compiled a list of cryptocurrency terms and Bitcoin terminologies that you need to know and understand for a successful outing in the crypto world.

A Glossary of all the Cryptocurrency Terms you need to know

1. Bitcoin: When the B is capitalized, it represents the overarching concept of Bitcoin: The technology, the community, the protocol, and the software.

2. bitcoin: When the b is not capitalized, it is describing the unit of currency.

5. Satoshi: A Satoshi is the smallest unit of Bitcoin. It is named after Satoshi Nakamoto, the creator of Bitcoin. Each BTC is divisible until the 1/10^8 part. A unit of Satoshi is equal to 0.00000001 bitcoin.

7. Confirmation: When a Bitcoin transaction takes place, the blockchain confirms the transaction’s validity. The confirmation is done by “miners” every 10 minutes when a block is mined. It is always advised that you wait for at least 6 confirmations to avoid double spending.

8. Mining: The process of computer hardware doing mathematical calculations for the Bitcoin network to confirm transactions and increase security. Users who use their computers and/or rent resources for mining are called miners. 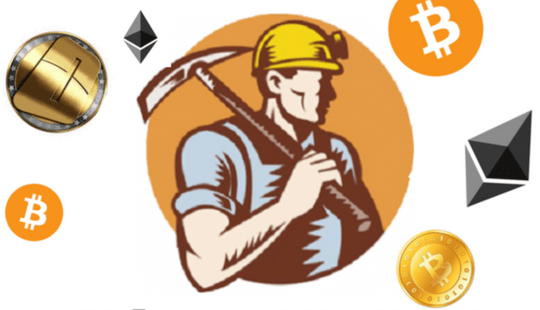 9. Recovery phrase/seed keyword: Random 12, 18, 24 words that are used to derive numerous pairs of private and public keys. Using these seeds, you can restore your wallet in any other supported seed key wallet.

10. Cryptography: A branch of mathematics and computer science that is behind the invention of cryptocurrencies.

11. Private Key: A private key is a secret, alphanumeric password/number used to spend/send your bitcoins to another Bitcoin address.

12. Public Key/Bitcoin address: This is another alphanumeric address/number which is derived from private keys and is used to publicly receive bitcoins.

13. Bitcoin wallet (Hardware, Software, Mobile wallet): A physical or software object where you have a combination of public and private key stored. Here you can find a list of best hardware wallets.

14. Whitepaper: A report which articulates the problem and solution that the blockchain project/cryptocurrency is trying to solve.

15. Transaction ID: Another alphanumeric string through which you can publicly see the transfer details (amount sent, sending/receiving bitcoin address, as well as the date of transfer) on the bitcoin blockchain.

16. Blockchain: A universal public ledger of bitcoin transactions till date.

18. Cold storage: A kind of storage where you keep Bitcoin private keys offline.

20. Hardware wallet: A hardware device which stores public and private keys of Bitcoin.

23. Transaction fees: Bitcoin transaction incentives that the miners receive for mining block via bitcoins, which is actually a small fee that the bitcoin users pay in order to complete BTC transactions.

25. Block: A group of bundled-up transactions which miners choose to verify.

26. Proof Of Work: A decentralized consensus mechanism that is done by mining algorithms by spending computational power.

27. Proof Of Stake: A decentralized consensus mechanism in which your existing stake in currency is used to mine or forge blocks to reach the consensus.

28. Pump & Dump: Massive buying and selling of cryptocurrencies when the price is to one’s benefit.

29. Hash: A digital fingerprint of a fixed size produced by a hashing algorithm by processing data of any arbitrary size (numbers, alphabets, media files).

30. ICO: Initial Coin Offering of new crypto coins or tokens offered to the general public in return for their fixed priced investments. It is a new way of decentralized crowdfunding.

31. Hard Fork: A software update or an update on the blockchain protocol that is not backward compatible.

32. Soft Fork: A software update or an update on the blockchain protocol that is backward compatible.

33. Faucet: A service or website that pay you in cryptocurrencies in exchange for playing games or doing certain tasks.

34. Fiat: A regulated and centralized paper currency of any nation.

35. Block Reward: It is a reward in the form of native cryptocurrency given to miners for solving a computationally difficult problem. Bitcoin miners now get 12.5 BTC for solving each problem for adding blocks to the blockchain.

37. Block Height: It is the number of blocks mined after the genesis block.

38. Halving: It is the 50% reduction in block reward after a certain number of blocks are mined. In Bitcoin, the halving happens after every 210,000 blocks. 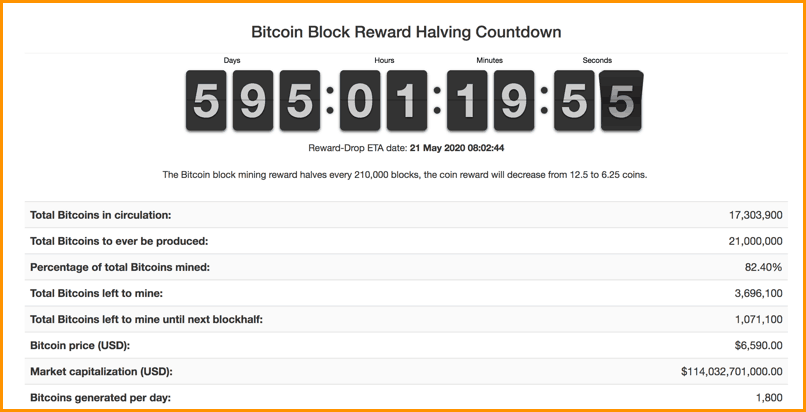 39. Hash Rate: Hash Rate or Hash Power is the measuring unit of the power Bitcoin network is consuming to be continuously functional.

41. Limit Order (Limit Buy/Limit Sell):  Buy/Sell orders placed by traders to buy or sell a crypto-currency when the price meets their target amount.

42. HODL: It is a meme term which is basically means hold or Hold on for dear life. It means to hold onto the cryptocurrency that you have invested and ignore the sentiments.

43. Whale: It refers to an entity or a person who holds an absurd amount of particular cryptocurrency and has the potential to manipulate the market.

44. Bullish: A feeling based on some factors that the price of a crypto will increase.

45. Bearish: A feeling based on some factors that the the price of a crypto will decrease.

46. ATH: An All-time-high price of a cryptocurrency.

47. FOMO: Fear of missing out. A feeling in which you want to get onboard a skyrocketing price rally.

48. FUD: Fear, Uncertainty and Doubt related to the market.

49. FUDster: A person who spreads FUD based on facts or gut feelings.

50. To The Moon: Refers to price moving to astronomical heights.

51. Bag Holder: Someone still holding an altcoin after a pump and dump crash.

With time and the ever-evolving crypto space, I am sure that many new terms will come up. Hence, I will keep updating this list of cryptocurrency terms regularly on CoinSutra.

Know some more common crypto jargons that can be added to this list? Let me know in the comments below!