What Are ICOs ( Initial Coin Offering) & Why Are They Good For You?

Remember when computers and the internet were in the infancy stage? Many people around the world were afraid that these things would result in the violation of many regulations and the loss of countless manual jobs.

Of course, some rules and regulations were redefined. Also, professions in many sectors were redesigned, and many more professions were created. And if you see everything from a broader perspective, computers and the internet led to exponential growth of human potential.

And the same is happening right now with the introduction of the blockchain and cryptocurrencies.

New industry verticals that have never existed in past are being created. And every now and then, numerous new professions are popping up.

One such new vertical of this crypto-space is the ICO (Initial Coin Offering).

Now, when something new is built or introduced, it has its own challenges and flaws. This is very natural for any new industry that ultimately undergoes many iterations for its betterment.

Similarly, the ICO vertical, which has been born out of the crypto-space, is having its own unique challenges. One of the main issues is that many ICOs are nothing more than money-making schemes and scams.

But at the same time, the other side of the ICO story is as bright as the new dawn of computers and the internet.

The other day I was preparing my smart contract enabled MyEtherWallet to invest a small amount in the CoinDash ICO, but luckily I escaped it and prevented a significant loss.

As soon as I went to the website’s ICO page, I noticed that something was wrong with their website. After that, within minutes, their community manager buzzed into the Slack channel that the CoinDash ICO’s official website was hijacked by hackers.

The hackers had changed the official smart contract address of the ICO into their own ETH address. This resulted in the draining of $7 million dollars of investor money to a wrong address.

An investigation is ongoing, and some even accuse CoinDash to be an inside scam. See here and here for more details on it.

Well, no one knows what’s the truth is, but a lot of investors got ripped off.

That’s why I thought it would be important for me to discuss the pros and cons of ICOs.

What do ICOs bring for their investors and how can we identify scam ICOs? 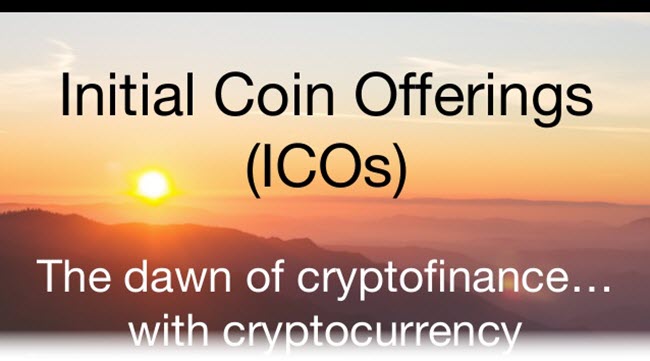 Some of you might be thinking that this sounds similar to IPOs (aka Initial Public Offerings).

And yes, it’s true that IPOs and ICOs have some similarities, but not much. ICOs are a modern way of accumulating funds for kick-starting and developing of new blockchain-based ventures and start-ups.

Through ICOs, blockchain start-ups distribute a portion of their new cryptocurrencies (or crypto-tokens) to early concept enthusiasts in exchange for their investment. These funds collected through the ICO act like crowd-funded seed money for the start-ups to develop, market, and promote their proof-of-concept (POC) and/or product.

Most of these projects are DApps on the blockchain or protocols.

The concept is usually to fuel this DApp or protocol using a cryptocurrency or a token. These blockchain projects are designed in such a way that they will only get fueled from their native cryptocurrency. This means that they will become valuable and indispensable in the future when the demand rises for that DApp or protocol. For more, see our guide on What are DApps?

So far, the ICO thing is working out well and has become a thriving market of  800 cryptocurrencies.

But it’s quite intriguing how this small concept of crowdfunding has been magnified in an unprecedented manner by the introduction of ICOs.

So let’s dwell a bit in its history.

History and Evolution of ICOs

In August 2013, MaterCoin was the very first ICO of the crypto-space. After they had announced themselves on the Bitcoin form, they ended up collecting $600K USD in bitcoins.

After that, in June 2014, Ethereum became the second ICO to be held in this space.

The Ethereum platform started with its ICO in 2014 where it collected 31.5K BTC (bitcoins) in exchange of Ether (ETH). This was equivalent to $18.4 million USD at the time.

What is in it for you?

I think there is something for all of us in such ICOs. And I also believe that some of you are reading this because you are a cryptocurrency or a blockchain enthusiast who is interested in participating in ICOs.

So, if you look closely in line with Ethereum’s example, you will be surprised to know how much early investors have profited from their investment. At the time of the Ethereum ICO, 1 BTC (average worth of $500) was exchanged for 2000 ETH.

Moreover, this ICO didn’t require you to undergo any sort of complicated ID or background verifications checks, it didn’t care from which country you came, and it didn’t care which color you were. Nothing really mattered. Anyone who had this early information, an internet connection, and some BTCs could have become part of this early investment.

This is what democratic and decentralized venture capitalization for modern day start-ups looks like. Before ICOs, only early investors and enthusiasts who had sufficient funds could invest in such start-ups, keeping a large part of the world economy out of the game.

Now with ICOs, anyone from any part of the world with an internet connection can invest as little as $50 (sometimes even less) in such start-ups through cryptocurrencies.

After reading this, you might be thinking that you have found an easy money-making scheme, but believe me, there is no such thing as easy or free money.

And needless to say, this democratization and decentralization bring its own challenges and flaws. As these ICOs are highly unregulated and different from traditional IPOs, they can also be highly risky.

It is true that ICOs bring money-making opportunity for investors.

But there are many challenges to face when identifying which ICOs to invest in.

Some of these challenges are:

But I’m not trying to demotivate you!

Some ICOs or blockchain-based projects are real gems. If you are able to keep yourself updated and assess an ICO well, then you can surely get yourself a slice of such gem pies.

How To Participate In ICOs

If you want to get involved in an ICO, follow the steps below:

As I told you before, ICO’s are a great way for investors to earn money. But it has to be done right. If it goes wrong, then you could lose all your money in one shot.

Not all ICO’s are worth tracking. Some ICO’s are just scams which only look good on paper. So before investing, do your due diligence.

So how do you judge whether an ICO is a scam or not? Here are a few suggestions from our side:

Some people get in trouble if they don’t do a good analysis. That’s why we suggest you do your research and due diligence before getting into any ICO.

Which is better: IPO or ICO?

Let’s explore some of the differences between an IPO and an ICO.

So the short answer is IPOs and ICOs function in completely different ways. There is less protection in an ICO, but it’s open to anyone anywhere. IPOs are much more selective, but they are relatively safe.

It all depends on which game you want to play. The key is to learn the rules of the game and play accordingly.

My Final Thoughts on ICOs

ICO is the way, they say.

There is no doubt that ICOs are an excellent way of generating initial seed funds for kick-starting a start-up from anywhere in the world. And it is also a modern way of raising venture capital as an alternative to traditional venture capitalization of projects.

ICOs are also a good way of finding and investing in the future tech infrastructure of the world. And I don’t see anything wrong in doing so, as you are contributing to the building of a product, and in return, you are getting your fair share of that project.

But as I said before, you need to be updated and agile if you want to do so.

And definitely, some ICOs or blockchain projects are here to stay for the long term because they are genuinely solving some of the key problems of the world.

Lastly, like the advent of the computer and the internet, this new crypto industry of ICOs has a bright future. It will definitely become more mature and secure with proper regulations (which are being discussed).

So, I hope that this article has been interesting and informative. Let me know what you think about ICOs. Have you ever participated in one? Do you know of one coming up that looks interesting? Do leave any comments and questions you might have in the comments. I look forward to hearing from you!

10 thoughts on “What Are ICOs ( Initial Coin Offering) & Why Are They Good For You?”