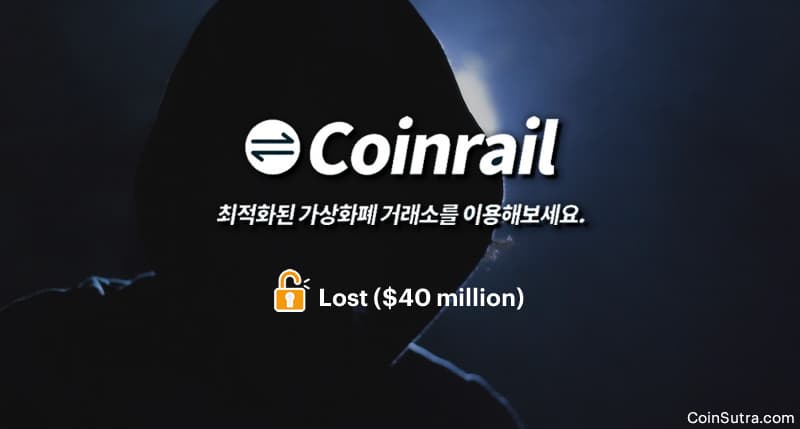 Coinrail, a relatively less known South Korean exchange, was hacked on June 9, 2018, for relatively unknown cryptocurrencies. The attacker(s) managed to drill a $40 million hole in the pockets of crypto investors.

The cryptocurrencies that attacker was able to sneak in were recently launched ICO coins & tokens, the exchange confirmed.

Coinrail, a top 100 exchange by volume, confirmed the intrusion on 9th June 2018 in a tweet.

Coinrail’s other significant holdings such as Bitcoin, Ethereum, Bitcoin cash, etc., are safe and they have also confirmed the same in an announcement on the website.

Here is the full transcript of the announcement: 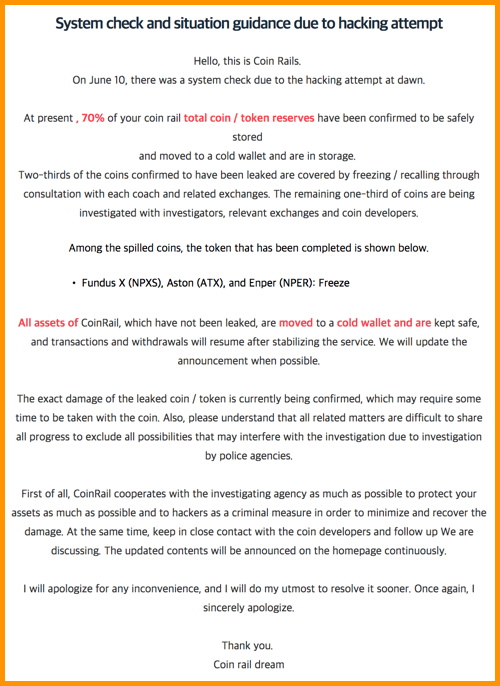 As per the alleged attacker’s Ethereum address, tokens such as Pundi X (NPXS), Aston (ATX), and Enper (NPER)  were withdrawn. The estimated worth of lost tokens at current price is estimated to be a gargantuan $40 million.

Coinrail has frozen all accounts, and there is no trading allowed for these tokens as of now.

Soon after the news of the hack broke, the crypto market started dwindling pushing Bitcoin to one of its all-time lows again. Similarly, Ethereum, Bitcoin Cash, Ripple, etc., have all taken a hit too. 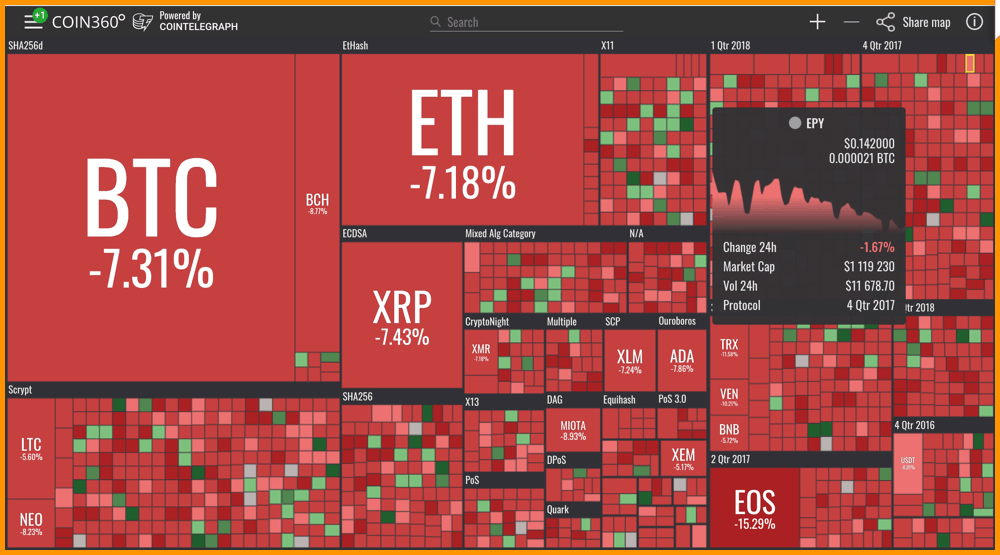 Even though the hacked amount was not too much in comparison to other hacks that we have seen thus far in the cryptosphere, it was enough to deal a big blow to the crypto market.

South Korea Home To 3 Hacks In The Last 12 Months

The June 9 incident was the third hack to happen on a South Korean exchange in the last 12 months.

In July 2017, Bithumb lost its critical customer data of more than 30,000 users, but there was no direct hack into the users crypto accounts.

Coinrail is reported to lose 30% of its assets in relatively less known cryptos, but the $40 million loss is a lot for retail investors of crypto.

The investigation into the matter is on, but there is no news from Coinrail as to how they are going to refund their customers.

Any type of hack in crypto can be crippling for the whole industry, especially a decentralized one. Also, this is ringing alarm again for investors who don’t take our advice seriously – ‘of not keeping their cryptoassets on centralized exchanges’.

In this case, too, ERC20 tokens that were hacked could have been stored on MyEtherWallet or Ledger Nano X like self-hosted wallets. Investors could have thus safeguarded themselves against the loss.

I repeat, do not keep your Bitcoin/Ethereum/ERC20 tokens on any centralized exchange in the world because they are not safe. Always rely on self-hosted crypto wallets where you control your private keys such as: