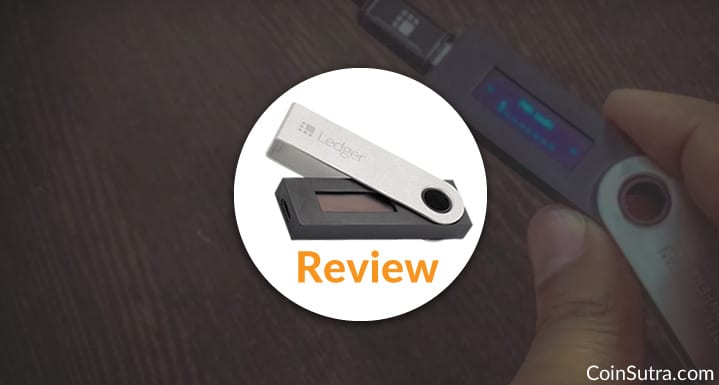 These are just some of the many questions that we all go through when deciding to purchase a hardware wallet. Last year, I was also facing the same dilemma, and I wasn’t sure if I should be investing close to $120 to buy the Ledger Nano S. 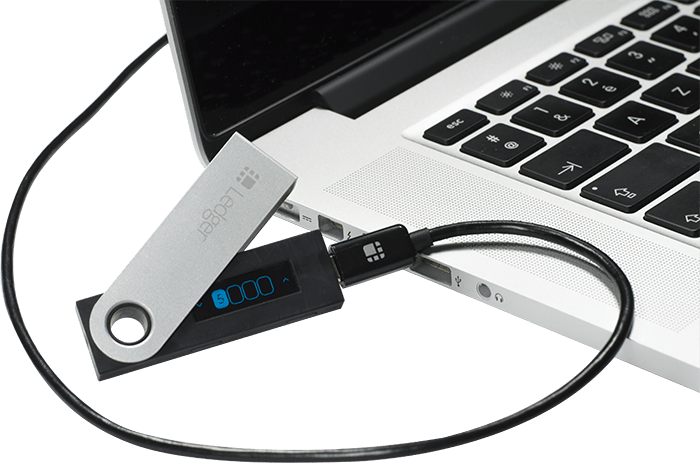 This detailed and extensive review is designed so you can answer the very important question: “Should I buy the Ledger Nano S?”

But before anything else…

The backstory of how I evolved as a Bitcoin wallet user:

I always liked Bitcoin as a piece of technology, but I never intended to invest in or purchase any bitcoins. However, later on, after I discovered a few Bitcoin exchanges and became even more interested in the technology, I finally decided to buy my first bitcoins. Initially, I stored them on exchanges.

But later, I learned that this is risky as there is no guarantee that they will still be there when I want to use them.

At that time, I started using the MyCelium mobile wallet to store these bitcoins. However, we all know how easy it is to hack a mobile phone. Being from the information technology field and having a keen interest in information security, I knew it was not wise to trust my mobile phone for holding large amounts of Bitcoin and other cryptocurrencies.

That is when I discovered paper wallets, which sounded like the best option for holding Bitcoin for a long period of time, but it still seemed a little too inconvenient.

After spending countless nights learning about Bitcoin wallets and which methods would keep my Bitcoin most secure, I discovered a simple hardware wallet: The Ledger Nano S.

Based on my research, this sounded like a solid wallet, but I didn’t want to believe in another’s words until I saw it being valuable myself. By that time, I held 2 bitcoins (each worth of $1200 at the time), and my investment on that Bitcoin had already doubled, so spending $120 was no problem at all.

I was like, “What the heck… Let me order this. In the worse case scenario, I will be sharing a review and telling the world not to waste their money.” But oh boy, I was so far away from that worst case scenario…

My answer is: Definitely. Go ahead and order it right now. While this wallet gives you complete security, it also gives you something even more priceless: Peace of mind.

So what’s so special about the Ledger Nano S? Aren’t all hardware wallets secure in an offline environment?

Fine points based on our reader’s questions:

The simple act of being able to store other cryptocurrencies on this wallet has, for me, made the whole purchase completely worthwhile. 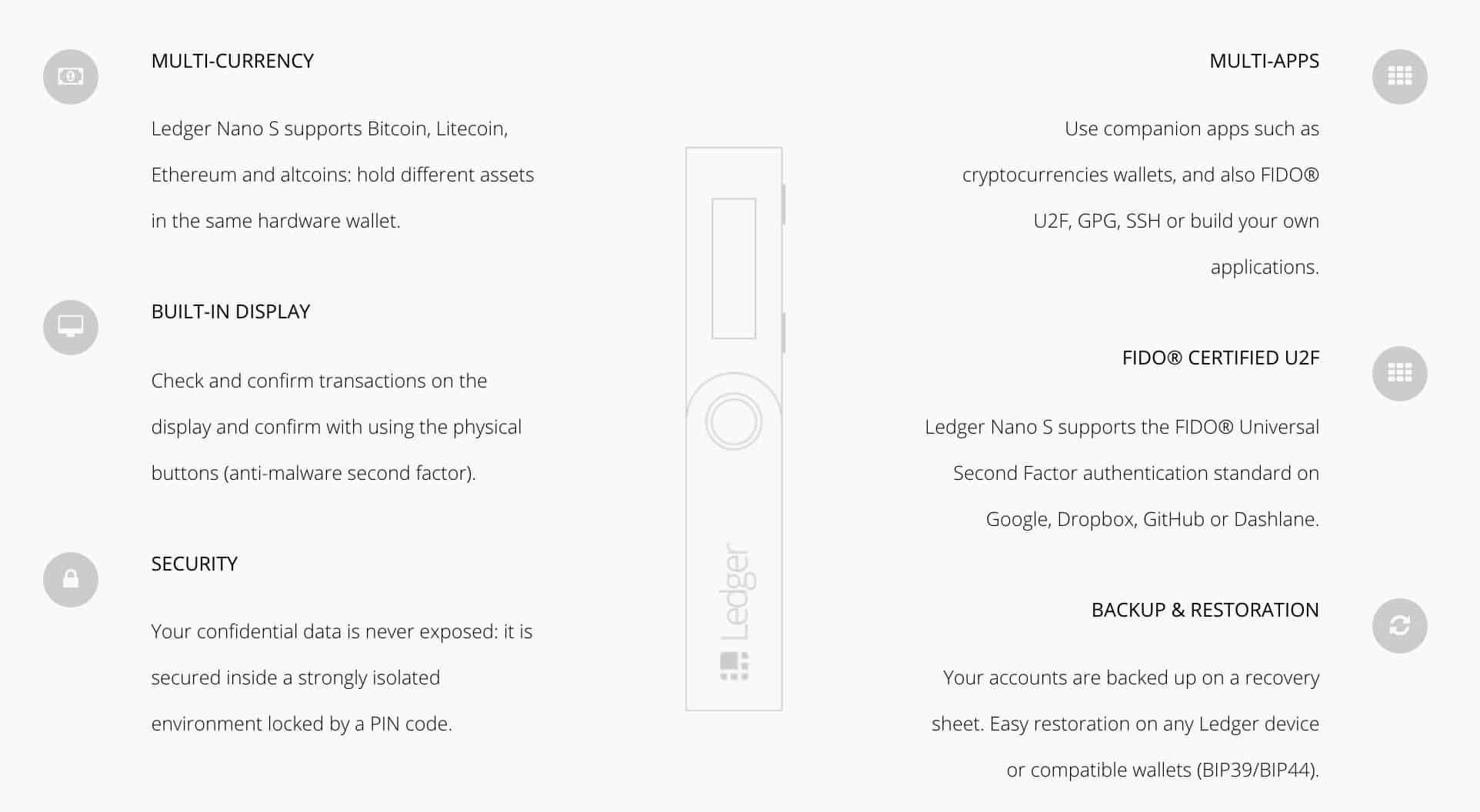 They keep adding in support for newer cryptos for their customers, including the new Bitcoin Cash. This shows that they really do put their customer’s interests first and are not just looking to sell you things.

How About The Security Of The Ledger Nano S?

Now, let’s talk about the security of the Ledger Nano S and why it is so trustworthy. Note: For even more security options, check out its more sophisticated counterpart- Ledger Blue.

How Does The Ledger Nano S Ensure Security?

Your computer and mobile can be hacked easily. When hackers can hack multi-million dollar servers (essentially big computers), then our smaller systems should also be seen as equally vulnerable.

The Ledger has a separate chip and screen to mitigate the potential security flaw of certain apps taking random screenshots of mobile and laptop screens.

When dealing with any Bitcoin wallet, one important thing we all need to do is note down the seed key/recovery phrase. When this recovery phrase is shown on a mobile or computer screen, it becomes susceptible to hacking.

When you are using the Ledger Nano S, the seed word is displayed on the OLED screen which only you can see. And it’s no exaggeration to say that this security feature alone makes your Bitcoin holdings secure.

Moreover, most of the work like checking Bitcoin balances and account management happens through a desktop app while your Ledger Nano S is still connected to the computer via a USB cable.

When you are sending Bitcoins to someone, you need to allow the transaction by tapping certain buttons on your Ledger. So even if your computer is hacked, a hacker won’t be able to transfer those bitcoins because they don’t have physical access to your Ledger Nano S.

There are more advantages of using Ledger Nano S that you will discover as you become more comfortable with the device.

If you are deciding between whether or not to buy, recognize that it’s going to enhance the way you interact with cryptos by a large degree.

I highly suggest you get one now.

A few more important things to know before ordering the Ledger Nano S:

If possible, you should order two. You can use one as a backup in case you travel a lot. This will also allow you to have even more security when dealing with cryptos.

How Does Ledger Nano S work?

Here is a short video series that will help you learn everything about the Ledger Nano S from scratch. Just watch them and you will know about how to take backups of seed words, connecting to your Android device, sending/receiving coins, etc.

I have been using Ledger the Nano S for the past 2 years, and I can confidently recommend this to you. Most of my friends are already using this wallet, and they are using it for just one purpose:

FAQs About The Ledger Nano S

Q. What will happen if you lose your Ledger Nano S?

A: You can order a new one and restore your funds using your seed key. You can also restore your seed on any other popular Bitcoin wallet like MyCelium, GreenBits, Electrum, and CoPay.

Q. If Ledger supports a new cryptocurrency token (Ex: Monero), do I need to order a new Ledger?

A. No, you can store newly supported cryptocurrencies on your existing Ledger. This part is easy, and you can learn this from watching the above video playlist.

Q. How many cryptocurrencies do the Ledger Nano S support?

Q. Will the recovery phrase recover all of the additional cryptocurrencies?

Q. What if you forget the Ledger Nano S pin code?

A. You can reset your Ledger Nano S to its factory settings by entering the wrong pin 3 times. You will then need to restore your wallet using the 24-word backup key.

Q. Ledger Nano S or Ledger Blue: Which one should I buy?

Ledger Nano S Review: Is It Worth It?

Obviously, you can tell that I’m a huge fan of this little device. It has completely changed the game for me as I no longer have to worry about my coins becoming hacked or stolen.

Unlike a normal wallet that stores cash, even if someone steals this wallet, they won’t be able to get the funds because they won’t know my pin or seed key. This makes it truly secure.

All in all, if you’re looking for the best hardware wallet, there’s nothing better than the Ledger Nano S.