Future of Bitcoin & Other Cryptocurrencies In India After RBI’s Ban 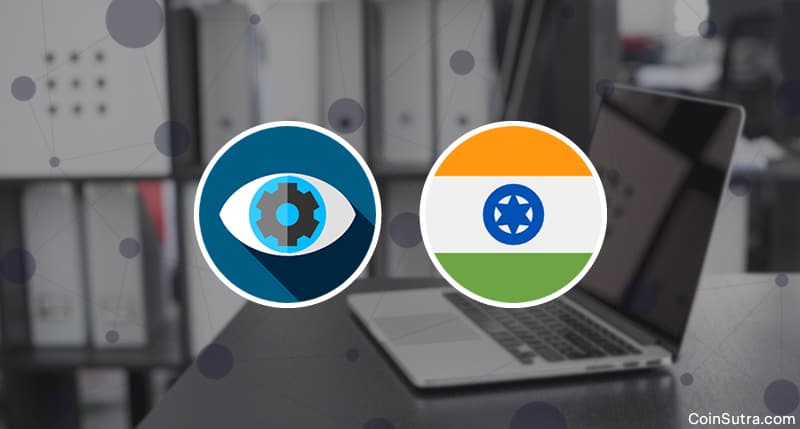 Believe it or not, the Reserve Bank of India (RBI) has barred Indian banks from serving Bitcoins & cryptocurrency exchanges.

The central bank (RBI) issued a press release that said:

“Technological innovations, including those underlying virtual currencies, have the potential to improve the efficiency and inclusiveness of the financial system. However, Virtual Currencies (VCs), also variously referred to as cryptocurrencies and crypto assets, raise concerns about consumer protection, market integrity, and money laundering, among others.

Reserve Bank has repeatedly cautioned users, holders and traders of virtual currencies, including Bitcoins, regarding various risks associated with dealing with such virtual currencies. In view of the associated risks, it has been decided that, with immediate effect, entities regulated by RBI shall not deal with or provide services to any individual or business entities dealing with or settling VCs. Regulated entities which already provide such services shall exit the relationship within a specified time. A circular in this regard is being issued separately.” (Source)

Peer-to-peer options are still open and the same has been mentioned by CoinSutra in detail here: RBI Bars Indian Banks From Facilitating Services To Crypto Related Individuals & Businesses.

But the agenda of this article is different.

It’s About The Future of Blockchain & Cryptocurrency In India

Here, I want to discuss the implications of the step by the Indian government and also how the scenario might play out in the coming days/weeks as well as long-term.

We acknowledge that the issue of Bitcoin and cryptocurrency regulation has been a persistent and painful problem due to its decentralized nature. Also, we empathize with the fact that the government has done this to protect Indian consumers who are rather ignorant and often lack sufficient education regarding many obvious crypto-related MLM scams. The classic example is one of Amit Bhardwaj who scammed Indians as well as other people around the world.

But do you think RBI’s reaction is justified?

Instead, they should have put some more thought into this before taking such an extreme step to impend the innovation happening around cryptocurrencies and blockchain.

Well, you might argue this will stop undisclosed investments in cryptos and also paralyze money laundering happening through cryptocurrencies.

However, if there is a technical person who wants to get into the blockchain, the easiest way for him/her is to have the first-hand experience of dealing with BTC or ETH like currencies through exchanges in India.

But when a government does something like this, it kills the curiosity of the techie and hinders his indulgence in the technology.

This is like killing the minuscule blockchain or crypto market of India with your own hands.

And if that’s not enough, RBI says they will launch their own version of centralized digital INR on the back of the same tech i.e. blockchain, the growth of which they are impending with their own actions. And it even gives a hint that the government was unable to regulate decentralized cryptocurrencies in the right way which has forced them to take this extreme step.

But this is either intentional hypocrisy or simply ignorance of the fact that “Blockchain became blockchain because Bitcoin introduced it”.

And this is true because I highly believe that reducing exposure to cryptocurrencies like BTC or ETH will impend India’s growth in the global blockchain and crypto space.

That doesn’t mean that I support crypto scams. They need to be stopped but that can only happen through proper education. Ceasing the growth of many because few are misusing it is not the right thing to do.

Learning From Other Country’s Bitcoin Ban (Plus The Good Regulations)

India is not a new candidate in the list of countries banning Bitcoin or other cryptocurrencies. It is, in fact, the 8th country to do so.

As a result, many big exchanges have fled China to seek shelter elsewhere as there are many cryptocurrency havens out there. Some of these big exchanges were BTCC China, Huobi, and OKCoin etc.

But that didn’t stop investors or innovators to play with or buy/sell cryptocurrencies. It dealt a great blow to the overall crypto market but there are alternatives that flourished. (We will talk about those alternatives further in the article from India’s perspective).

South Korea made its law more stringent but have no intention to ban or suppress cryptocurrency (market). Instead, if you are a government official in Korea, you are banned from HODLing or dealing with cryptocurrencies failing which you can face disciplinary charges.

Needless to say, countries like Japan, US, Korea, and Austraila, who have exercised extreme caution in building upon rules and regulations, are actually growing in the crypto and blockchain space.

We need to look at countries similar to China, and now India, to understand the implications on the flip side.

1. A huge boom in the over the counter trades (OTC) through services like LocalBitcoins. A similar thing happened in China when Chinese government banned cryptos in their country.

The trading volumes after the ban jumped from 38 million CNY (September 2017, at the time of ban) to 266 million CNY (January 2018, when exchanges fled China). You can see it for yourself in the LocalBitcoins chart below.

2. Also, you will see a significant spike in peer-to-peer offline trading. I’m not sure how successful it will be for people wanting to buy/sell a significant amount of BTC. But one thing is sure, this will happen and a huge underground market will thrive on it.

Can you beat that? Not really!

3. India will be left behind in the race of blockchain and crypto tech as it happened during the dot-com boom. Many Indians who didn’t find Indian’s technological environment so conducive finally shifted to countries like US or Canada resulting in huge Brain Drain from India. The rest is history.

And this can be all the more true for successful exchanges businesses because they can easily shift to countries like Singapore, Hong Kong or Malta and serve the customers from there just like the Chinese exchanges did. But it will be us, Indians, who will be left behind and deprived of participation in this revolution.

4. And not to forget, this step by the Indian government will scare the hell out many newbies who have entered the crypto market recently as there is no clarity on what is happening around.

They will bid goodbye to the market and never come back impending their long-term growth due the FUD and uncertainty. Also, the whole new generation, 65% millennials, in India will be out of the ecosystem that is being encouraged by countries outside.

5. Lastly, people who want to continue will do so despite government banning cryptos or not supporting it. People who indulge scams will not change paths and those who want to earn only money will also continue. For example, at present, the Bitcoin prices in India are $1000 to $900 lower than the international market so one can easily make use of this arbitrage opportunity eventually despite whatever the government says.

So you see, people will do eventually what they think is right for themselves that’s why I think the government should not stop it if they can’t regulate it in a proper way because it will be ineffective in the long-term anyway.

The government might reinstate its stand on crypto and might want to take a smarter step by regulating crypto exchanges through licensing. This will also help in recovery.

From an investors point of view, if you are not holding a number of bitcoins, it is probably OK to stick with them and HOLD it until the end. Of course, do respect your risk appetite in this case of HODLing.

On the flip side if you are already in decent profit, consider liquidating 40-50% of it in INR as you never know when banks will cease supporting fiat conversions for cryptos completely. You can also consider opening a company in countries like Estonia, Malta, and trade or sell cryptocurrencies under that company name and bring your profit to India. There are few other similar solutions that you can take advantage of without breaking any law or violating RBI guidelines.

This should not be a problem. 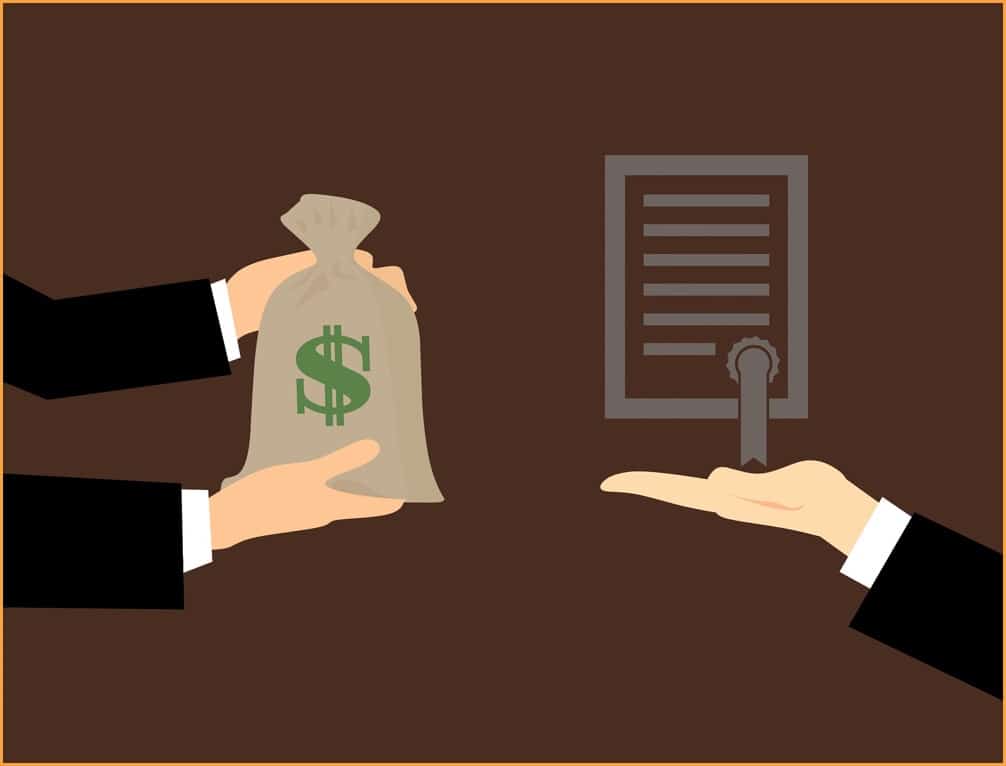 And if you ask me, I never invested more than what I can afford to lose so I will be HODLing to my little chunks as I am long-term bullish on BTC.

However, according to your own unique condition, thoroughly assess what needs to be done with your cryptocurrency investments.

Feel free to use the comments section below to discuss what the long and short-term implications of this step by the RBI can be.

Also, stay updated on the latest happenings by watching this space on CoinSutra as we are closely monitoring this situation.

Update: The crypto matter is in the Supreme Court Of India and there have been some interesting statements from RBI on the crypto ban. Below is the summary of it:

There is no complete ban on VCs.
RBI not against Blockchain.
RBI has done its homework before issuing circular.