Bitcoin wallets are the guardians of your Bitcoin. Don’t you agree?

That’s why you should put in a lot of work to choose the right wallet for yourself.

These wallets, in a way, store your private keys, which, if you lose, you lose all your bitcoins.

If you are new to the world of Bitcoin and crypto, then I strongly recommend you to read this guide – Best Bitcoin Wallets.

In this guide, I have precisely elucidated the purpose of each type of wallet, especially hardware wallets and desktop wallets.

I chose these two because they are relatively hard to hack if you are following the best security practices.

Oh, and by the way, we have also spoken at great lengths about hardware wallets in the past.

Take a look here: The Best Hardware Wallets for Bitcoin ( + Altcoins Supported), and that’s why today I will focus on desktop wallets.

Atomic Wallet is a truly unique Bitcoin wallet because it has everything you need to store, exchange BTC, buy it with a bank card, and swap with Atomic Swaps. Atomic Wallet was founded by Konstantin Gladych, former Changelly CEO, in Estonia.

Atomic Wallet represents a cross-platform desktop application that supports over 300 cryptocurrencies, tokens, altcoins, and other blockchains. The wallet supports private keys export/import and generates its private keys out of a mnemonic seed.

The wallet currently runs only for desktop operating systems and mobile apps are expected to launch soon.

It is criminal to talk about desktop crypto wallets without mentioning the Exodus wallet.

Exodus, a Bitcoin and altcoin wallet, is a creative masterpiece crafted by JP Richardson and Daniel Castagnoli in mid-2015.

It supports Bitcoin and many altcoins (more than 250 cryptocurrencies & tokens).

On the first look, you will find that a lot of work has gone into making it user-friendly, and I specifically love this self-hosted crypto wallet.

I have been using this wallet since I entered the crypto world ever since, the wallet has grown leaps and bounds in its UI and also it’s behind the scene technology.

Another good thing is that you do not need any registration or KYC check to be able to use this wallet, but you certainly need to spare your email ID to backup your seed.

Guarda is one of the best desktop wallets out there for Bitcoin users. The wallet allows you to store your private keys on your desktop, giving you full control of your Bitcoin assets.

The Guarda desktop wallet is available on macOS, Windows, and Linux. Guarda supports over 10,000 tokens and more than 40 coins. The wallet has an inbuilt exchange that allows traders to swap their Bitcoin with other coins. You can also send, receive, and trade in Bitcoin and many other cryptocurrencies inside the desktop app. Guarda supports BCH, ETH, Zcash, and ERC20 tokens.

Guarda is an established multi-crypto-currency wallet, which is non-custodial too. They have been around for a while, and there have been no reports of scams with Guarda wallet so far.

Download Wallet
Guarda Review
We earn a commission if you make a purchase, at no additional cost to you.

Guarda wallet also has an import feature, which users can use to move Bitcoin from a different wallet into the Guarda wallet. This is useful for traders who would love to move to Guarda but fear the difficulty of moving private keys from one wallet to another.

Whether you’re looking for a new wallet to store your BTC or a platform to store and trade simultaneously, you should check out the Guarda wallet.

It is a multi-currency wallet that supports many altcoins too along with Bitcoin and is developed/maintained by a Canada-based start-up Decentral Inc.

It is an HD wallet that lets you store your seed and gives protection to your wallet with a PIN feature. It also has an inbuilt crypto exchange in the form of ShapeShift.

At present, it supports more than 40 coins/tokens with private keys import and export facility inbuilt in the wallet.

Jaxx is now overhauling its UI with a newly built wallet, but that’s now in the beta phase. So until that is ready, you can use Jaxx’s old desktop version which is also time-tested.

Electrum is one of the oldest and time-tested Bitcoin wallet developed by a voluntary developer in November 2011.

It is an open-source project released under an MIT license.

Moreover, it is a lightweight wallet meaning you need not download the whole blockchain for sync.

Electrum is available for both mobile and desktop versions and allows you to customize the Bitcoin transaction fee for each transaction you do.

Also, it is a self-hosted wallet, which means by using Electrum you are your own bank where you control your seed and PIN.

Armory is another Bitcoin-only wallet developed by an experienced team of developers and is open-source software.

It is a heavy wallet, meaning one needs to download the full blockchain and set up a full node to use the Armory wallet.

But it has many benefits too, for example, you need not trust any other listening nodes and can self-verify many things by yourself.

One can also create cold storage wallets for Bitcoin while using Armory wallet. And it also provides you access to multisig wallets via Lockboxes, which is the most secure way to store a large sum of bitcoins.

It is a full node client meaning, one needs to download the whole Bitcoin blockchain to send/receive a transaction which is a memory-intensive process.

The core acts as a full node as well as provides wallet functionality for managing Bitcoin.

Its UI is not as great but it is one of the most featured wallets, as it provides facilities such as mempool settings, Replace-by fees, child, pays for parent, etc for BTC transactions.

Coinomi is another excellent multi-currency wallet that supports Bitcoin too.

And I believe some of the very intricate features such as a self-hosted wallet that provides seed/PIN, an in-built exchange, custom-fee makes it an excellent desktop bitcoin wallet.

Moreover, it is backed by a good team continuously improving the product.

Did you notice the one common thing among all these wallets listed above?

They all are self-hosted wallets.

It means that while using these wallets only, you are responsible for your funds. All these wallets give your seed and PIN to take care of your bitcoins.

But still, some investors get things messed up, and that’s why we have made this comprehensive guide on How To Keep Your Recovery Seed Safe And Secure.

So enjoy this piece for now, and share this list with your friends and family who are on the hunt for reliable Bitcoin desktop wallets!

Here are a few hand-picked articles you should read next: 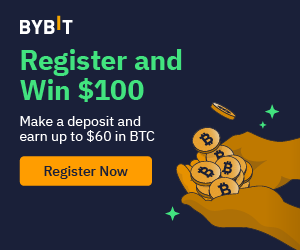