I recently shared with you an article about different usages of block explorers.

In short, a block explorer can help you with the following things:

And as I mentioned in that article, each blockchain has its own explorer.

But since Bitcoin is still the king of all cryptos (at the time of this writing), let’s take a look at some of the most popular and most useful Bitcoin blockchain explorers out there. 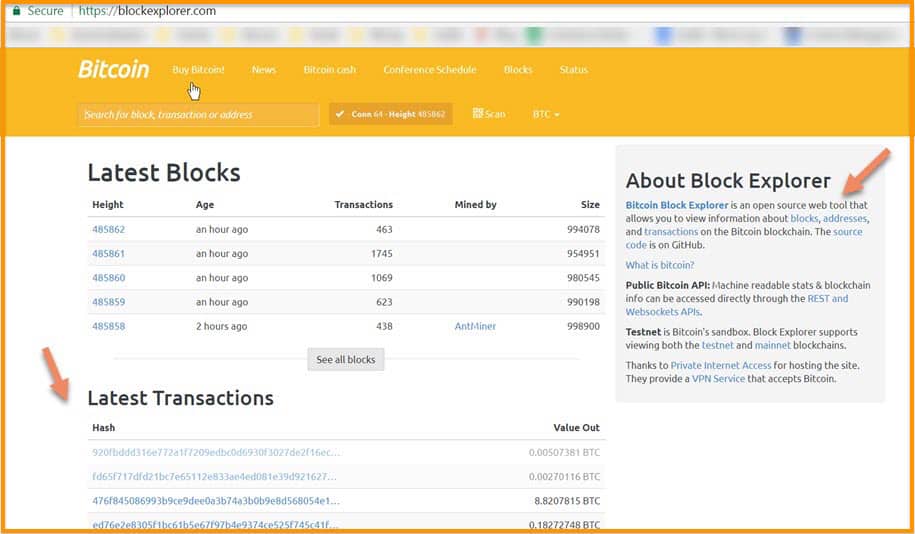 This is an open-source, free to use Bitcoin block explorer which allows you to explore blocks, transactions, and Bitcoin public addresses.

It allows you to see the input/output of any transaction, the fees attached to that transaction, and the number of confirmations received (see here for example).

Blockchain.info is the most popular block explorer for Bitcoin.

It has an easy to navigate interface that lets you see real-time block feeds and which mining pool the block is being relayed from.

Apart from showing blocks, transactions, and addresses, it also shows various charts pertaining to the Bitcoin network. Some of these charts are blockchain size, hash rate, and hashrate distribution.

It also has an advanced view mode that allows you to explore advanced stats such as transaction size, timestamp, and more. 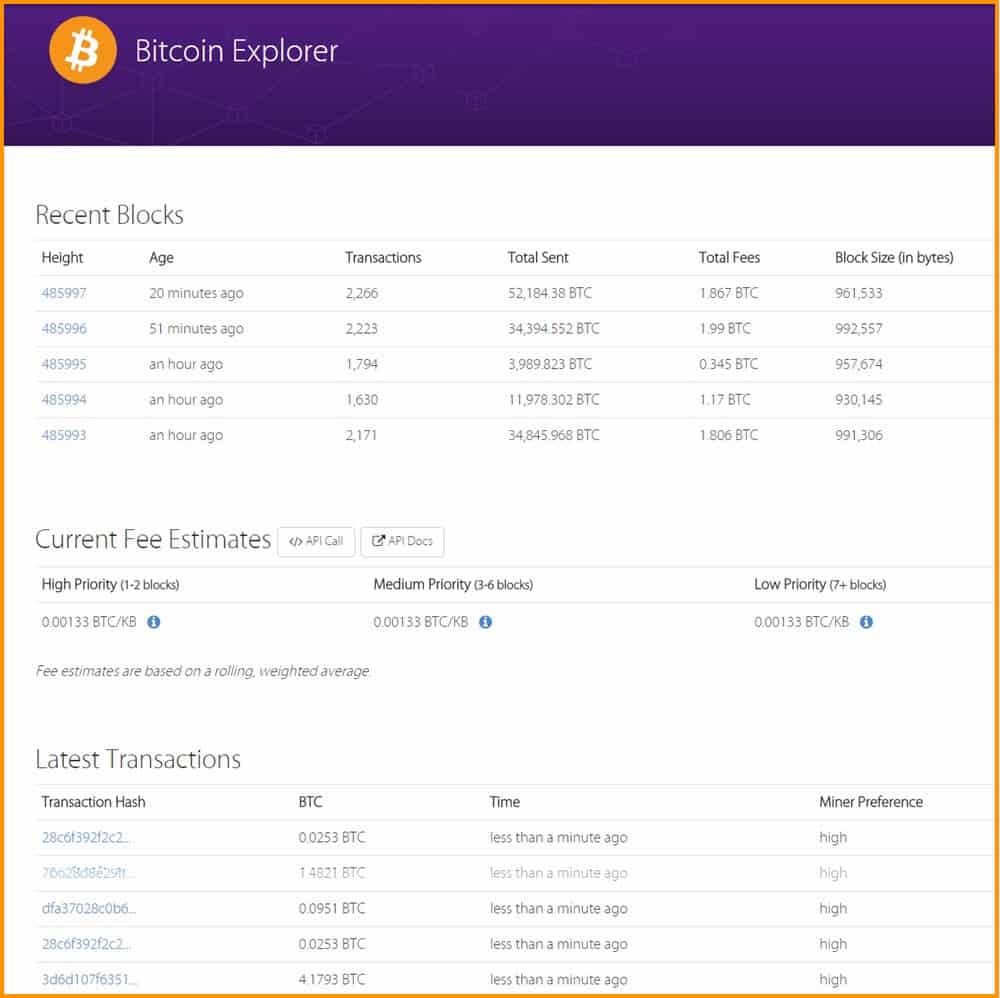 This is another open-source blockchain explorer for Bitcoin that allows you to explore transactions, blocks, and addresses.

It has a sleek UI which is easy to use and navigate. It also shows blocks and transaction feeds in real-time.

Apart from the regular features, it has some special features which I haven’t see in any other block explorers. These are things like confirmation predictions, fees suggestions, and Bitcoin public address notifications for your cold wallet addresses.

It doesn’t support Bitcoin Cash, but it does support the Litecoin and Dogecoin blockchains.

Using BlockCypher, you can explore Bitcoin’s blockchain in 4 different currencies [BTC, Satoshi, Bits, mBTC]. It also has a developer’s section that provides the BlockCypher API and developer’s tools. 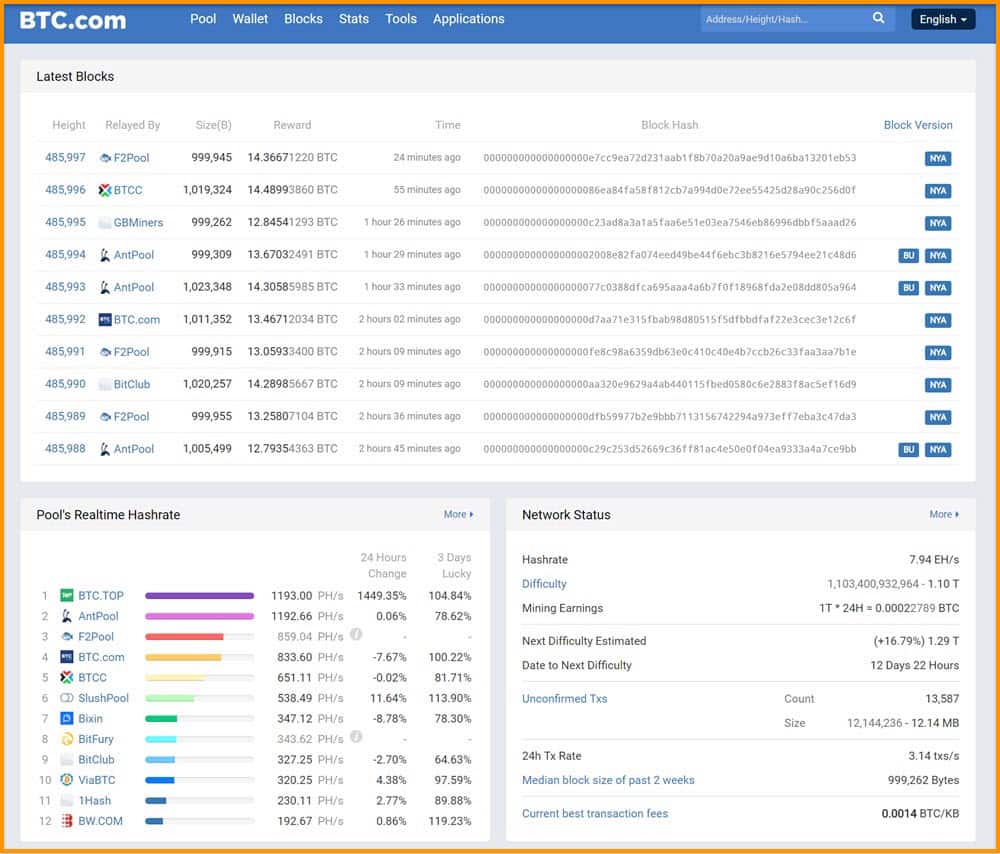 This is an another free to use Bitcoin blockchain browser.

I personally like it because of it’s easy to navigate UI which allows you to search blocks using an inbuilt calendar. When you go to the homepage, it shows the block feed in real-time.

Another cool feature which I could not find in most of the other block explorers is that it also provides data for how many times a particular Bitcoin public address was mentioned on the internet.

Using BTC.com you can explore Bitcoin’s blockchain in more than 25 languages.

Its UI is not so great, but it is easy to use.

It also provides a unique feature of exporting all transaction history associated with a public address in a CSV file.

And when you examine a public address using this block explorer, it shows an easy to comprehend pictorial view of the transaction history on that particular address. 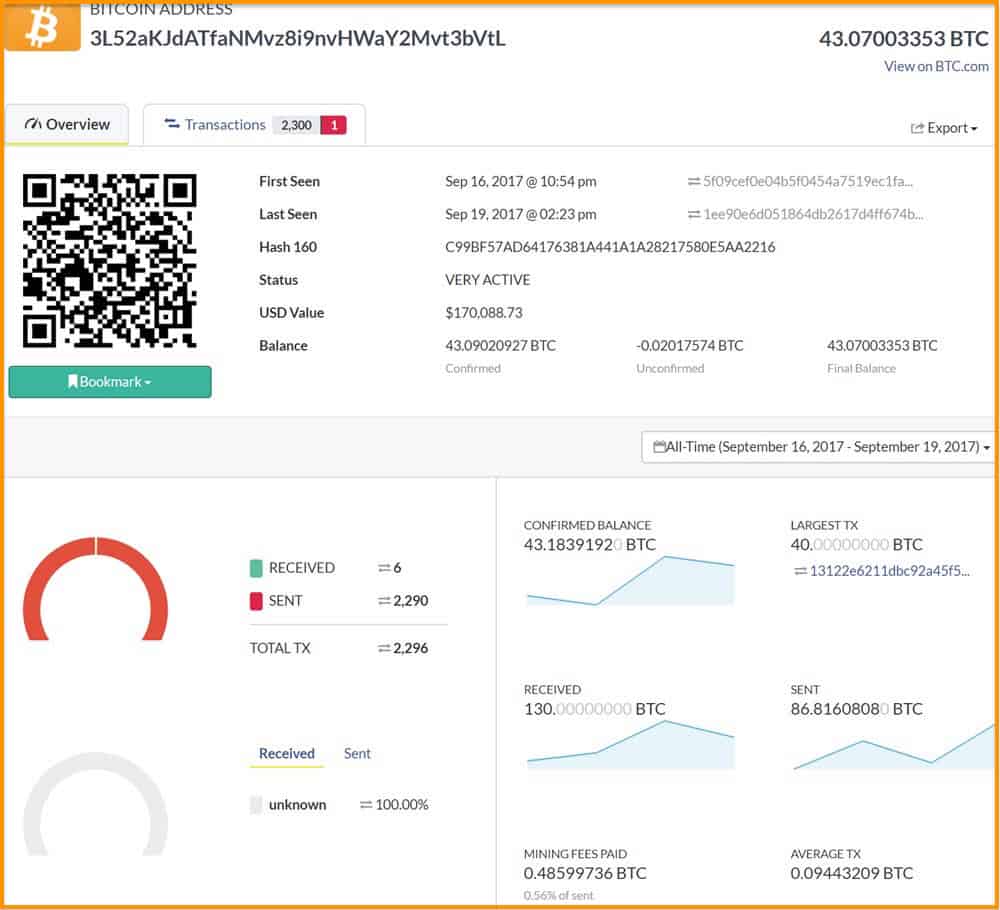 It also provides data on how many times a particular Bitcoin public address was mentioned on the internet.

And they have a developer’s section which helps aspiring Bitcoin developers with their user-friendly APIs and SDKs.

I think every Bitcoin user should know about block explorers because they’re what makes Bitcoin open, transparent, and decentrailzed.

But they’re also fun to play around with.

One of my favorite things to do is seeing the genesis block that Satoshi Nakamoto mined in 2009.

Aside from the intrigue factor, being able to use tools like this is a wonderful feature of the Bitcoin crypto model.

Try out these blockchain explorers and let me know which one you like the most. Share your thoughts in the comments below!

And also, become a part of our community by joining us on the following platforms:

Here are a few hand-picked articles you should read next: