Have you ever bothered looking into the kind of USD currency that centralized exchanges like Bittrex and Binance use? Well, I am guessing not.

These centralized exchanges use some mutated version of USD, popularly known as USDT.

Why is this special USDT used? Let’s explore and find out in this detailed analysis of Tether (USDT).

We will touch base on the following points in this article: 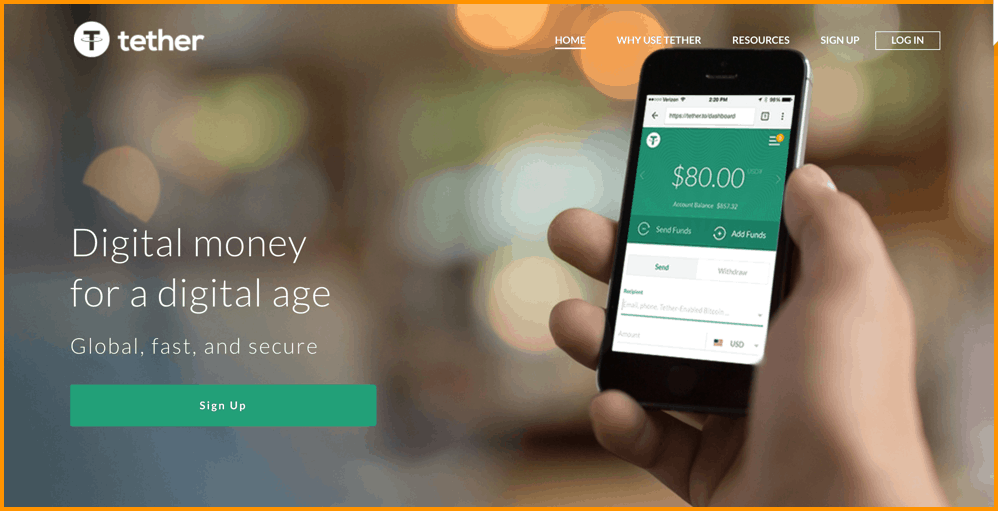 Tether, or USDT, is the cryptocurrency version of the US dollar and this USDT is pegged to fiat-USD reserves in the 1:1 ratio. Tether is also popularly known as a stable coin.

The main use case of Tether is to provide stability to this wild volatile crypto market and provide a stable use case to:

By leveraging the blockchain technology, Tether allows you to store, send, and receive digital tokens pegged to dollars, euros, and yen person-to-person, globally, instantly, and securely for a fraction of the cost of any alternative.

How Does Tether Work?

All tethers are initially issued on the Bitcoin blockchain via the Omni Layer protocol, which is why they exist as a cryptocurrency token.

Each tether unit issued into circulation is backed by a one­-to-­one ratio (i.e. one Tether USDT is one US dollar) by the corresponding fiat currency unit held in deposit by Hong Kong-based Tether Limited. (The conversion rate is 1 tether USD₮ equals 1 USD.)

By having this one to one backing, the cryptocurrency market gets a stable cryptocurrency on which they can rely on for hedging/shorting/longing while completing their trades.

Let us say you know that the Bitcoin market is bearish. In that case, you can close down your position by entering into USDT and buy BTC back when you think the probabilistic bottom is reached via same USDT.

In this modernized and tokenized world it is important to have stable tokens like Tether for any individual or business due to the above-mentioned features that it provides.

Adding a stable digital currency solution to your business by integrating with Tether has its benefits: 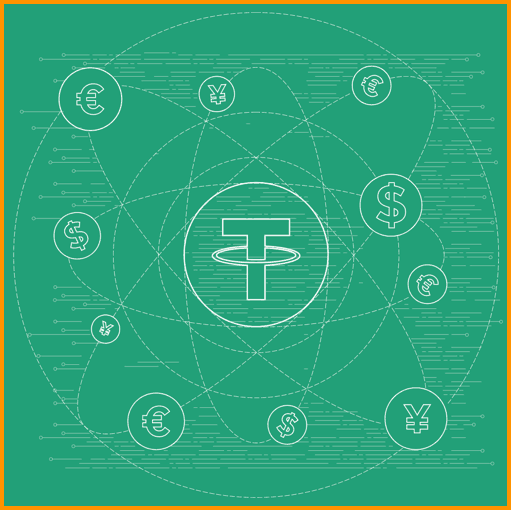 One of the USPs of Tether is very low to nil transaction fees.

There is no upper limit cap on the supply of USDT tokens as the concept is to issue 1:1 pegged tokens.

According to CoinMarketCap, the total circulating supply of USDT is USD 2,806,421,736 USDT and the current price of each unit is $1. That values it at approximately $2.8 billion (at the time of writing this article).

How To Buy Tether?

One can buy Tether (USDT) from many exchanges because these exchanges use USDT instead of USD to bypass the banking regulations.

USDT is the main facilitator in this and that is why some of the popular exchanges from which you can buy USDT are:

When you have such a powerful use case like Tether, controversies come as no surprise and needless to say, Tether has quite a few.

Plus, Tether has been accused of printing digital fiat USDT token that is used on Bitfinex to artificially pump and dump crypto markets.

Not just that, Tether claims it is a clean and transparent company which can be audited anytime but so far all the effort to fairly audit Tether have failed.

A recent one being the Friedman LLP, their Auditor.

We confirm that the relationship with Friedman is dissolved.  Given the excruciatingly detailed procedures Friedman was undertaking for the relatively simple balance sheet of Tether, it became clear that an audit would be unattainable in a reasonable time frame. As Tether is the first company in the space to undergo this process and pursue this level of transparency, there is no precedent set to guide the process nor any benchmark against which to measure its success. (Tether)

Breaking: Tether has "dissolved" relationship with auditor Friedman LLP, according to spokesperson for the company behind $USDT token. Story to come.

This clearly shows that Tether does not have enough reserves in USD to complete a fair audit.

Tether currently supports US Dollars (USD), Euros (EUR), and is expected to support Japanese Yen (JPY) soon. For now, a tethered currency is represented by ₮, hence the tether platform fiat currencies are denoted as USD₮, EUR₮, and JPY₮.

Plus, they have plans for regular fair audits too, but the specifics of that are still unknown.

In the end, I would only say that the future looks dicey if the regulators decide to go hard on Tether and Bitfinex but that’s not the case for now.

Also, if you hold a significant amount of USDT, you should reconsider, because if USD crashes, you might lose your USDT value too in that proportion.

Lastly, the humongous supply of Tether shows that there is a great demand for stable coins. That is why the crypto community is finding innovative ways to establish fairer stable coins that are better than Tether.

Some official links that will keep you updated on Tether:

4 thoughts on “Tether (USDT): A Beginner’s Guide, Controversies And More”

Enter your email address to subscribe to this blog and receive notifications of new posts by email.

Success! Now check your email to confirm your subscription.