Bitstamp Review: Not Everything Old Is Gold

But for those who haven’t, cryptocurrency exchanges are the gateway to cryptosphere from where one can buy/sell cryptocurrencies for fiat or other currencies.

In this review, we will touch base upon the following points: 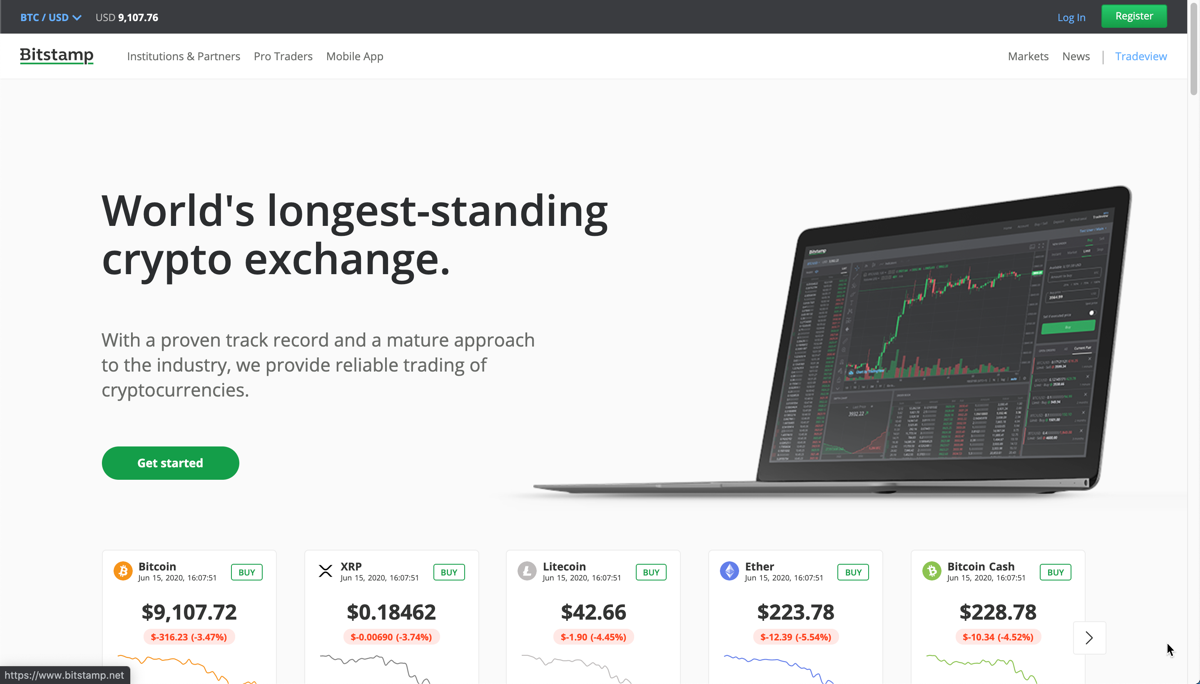 Bitstamp is a popular Bitcoin exchange, especially in the European region. It was conceived in 2011-2012 to create an alternative to Mt.Gox which was the only exchange available then.

Co-founded by CEO Nejc Kodrič, Bitstamp is based out of Luxembourg. Kodrič is also a well-known member of the bitcoin community.

On Bitstamp, you can trade some of the popular cryptocurrencies in EUR and USD, the details of which I will discuss further in this article.

Their goal is rather simple, as stated in the words of their CEO:

“We believe bitcoin is here to stay. Our goal is to provide reliable easy to use service for companies and individuals to exchange bitcoins” — Nejc Kodrič, CEO

Bitstamp team members are genuine. I was able to find them on different social networks, so given their history and web presence, you can trust the team members.

Here is sneak peek into their team’s profile: 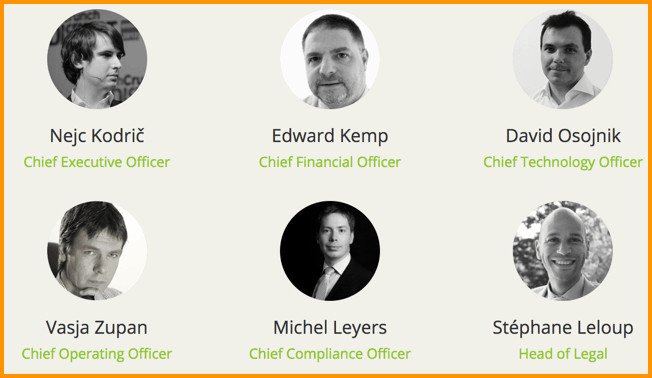 Getting Started With Bitstamp

As I said earlier, Bitstamp has its roots in Luxembourg. In April 2016, the Luxembourgish government granted a license to Bitstamp to be fully regulated in the EU as a payment institution, allowing it to do business in all 28 EU member states. (Source- Wikipedia)

That’s why KYC is mandatory on Bitstamp before you can use it. Moreover, it is fiat based exchange, so you need to comply with KYC requirements anyway.

To get started with Bitstamp, you simply need to register using your email ID and then verify your identity.

Furthermore, you have the option of two types of accounts on Bitstamp when you log in and start your verification process. (Source- Bitstamp FAQs)

I personally never liked their UI, before or after the changes, as it doesn’t suit my trading style. It doesn’t mean that their UI is unusable. It is just slightly tedious to navigate on it.

Here is the first look of the trading window: 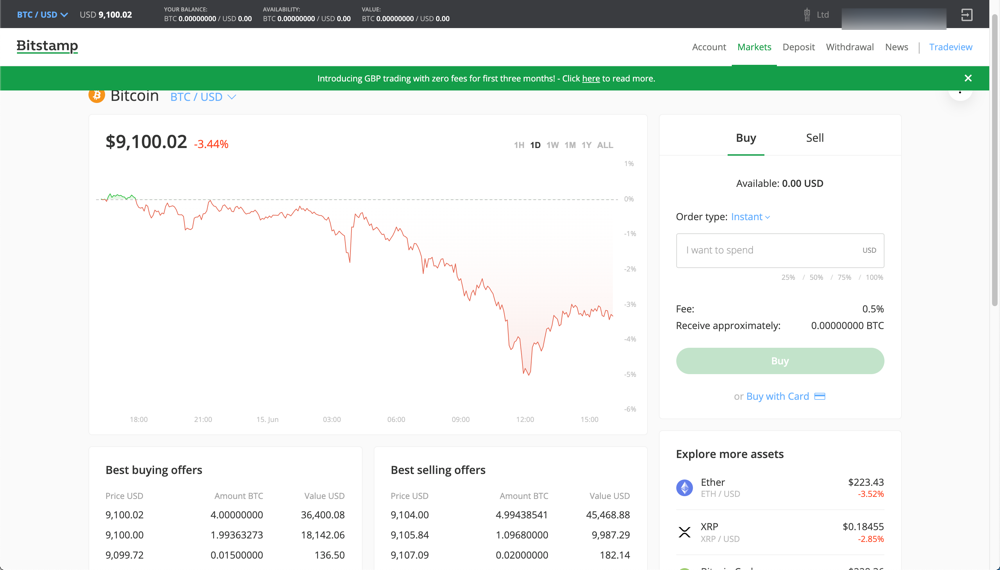 Also, you can change the market pairs easily from the top dropdown option: 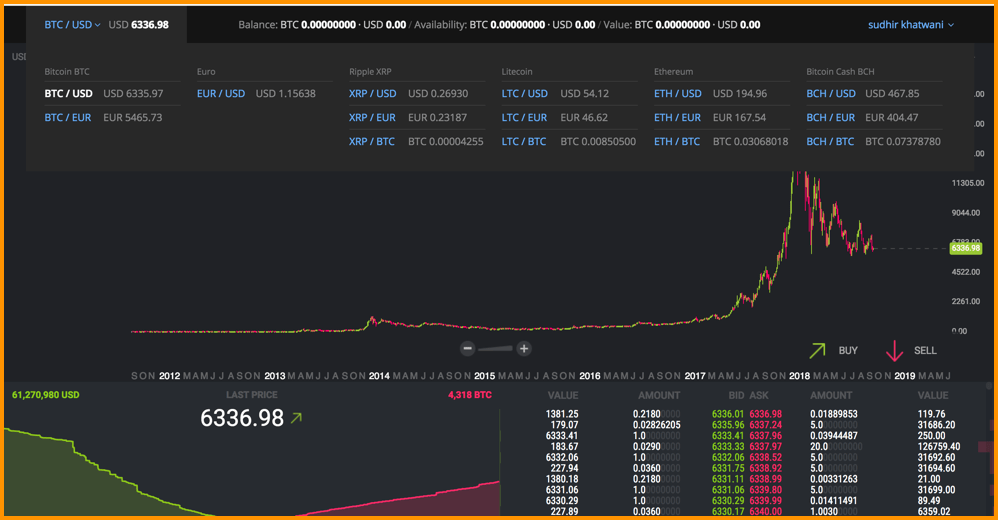 If you are someone who is into trading full-time, there are a lot of other options for you to explore such as charts at 15 mins, 30 mins, an hr, 3-day intervals and other advanced indicators as shown below: 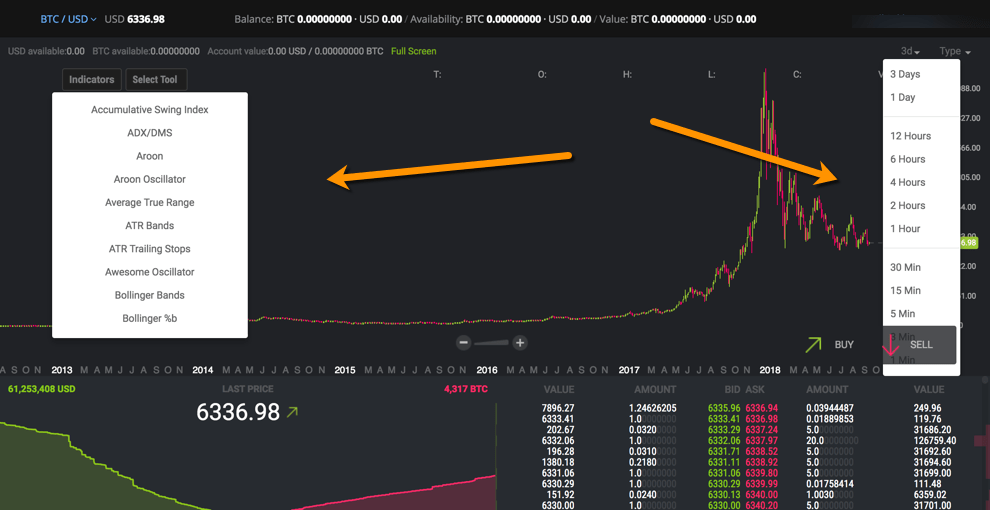 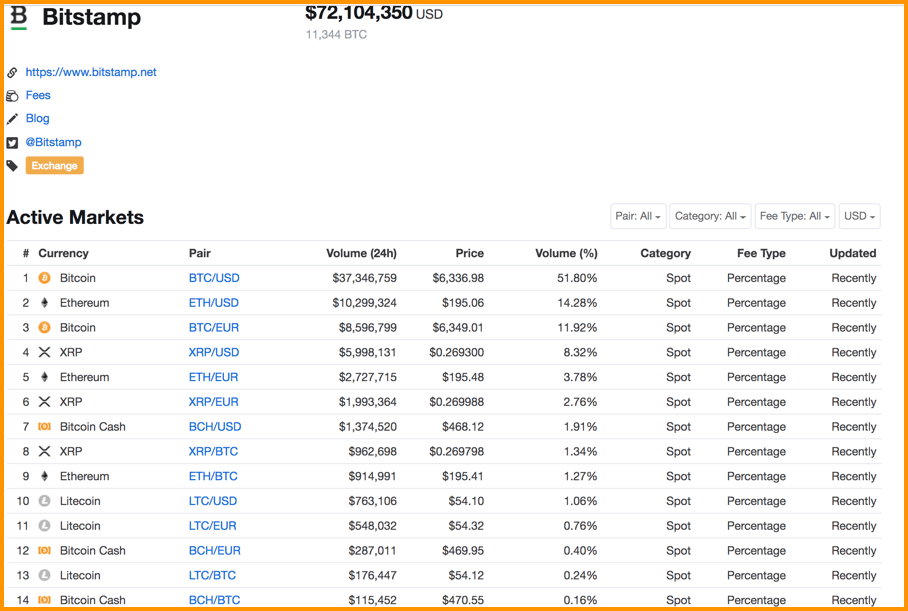 Currently, Bitstamp ranks in the top 30 cryptocurrency exchanges by volume according to CoinMarketCap. It has a volume of over 11,000 BTC.

If you look at it in terms of liquidity, this amount is by no means less, but when you compare it with top five exchanges, these number sure appear small.

Another reason for it to be low on the ranking is the fact that it has not spent too much money on marketing or launched an ICO like Binance.

However, keeping that aside you can always buy your favourite cryptocurrencies like BTC, XRP, BCH, ETH, LTC easily on Bitstamp in the following pairs:

Bistamp‘s trading fee is on the higher side, unlike Binance or KuCoin. But Bitstamp doesn’t follow the maker/taker model and has a decreasing trading fee structure as your volume increases as per the below-shown schedule.

If you are in a hurry, I would suggest you to go through their FAQ section where you will find most of your queries resolved.

But if your issue persists, you can use their online ticketing system through which you can raise support tickets based on your question.

For fiat and cryptocurrency lovers who want to trade on the move, Bitstamp has fully functional iOS and Android apps that you can use right now.

The login details that use for accessing its web version can be used on the mobile apps too.

But these apps have a limited interface and are not the very best to use. 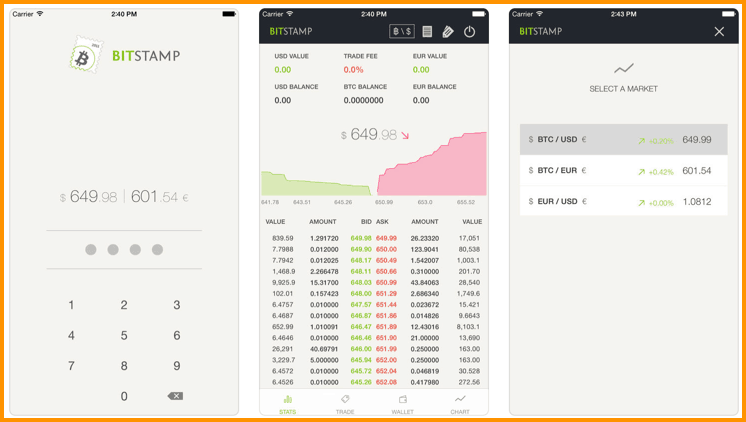 Here are some of the best BitStamp alternatives that you can start using today:

Bitstamp is one of the oldest crypto exchanges, but it has failed to evolve with time. Also, it has neglected adding new cryptocurrencies on its exchange.

Plus, they don’t have funds or backing from ICOs or VCs to innovate as swiftly as other exchanges like Binance, KuCoin, Huobi.

To stay relevant in the market, Bitstamp will need to innovate with time and launch their native token if they want to stay in the game.

Its hack history suggests that it has to work upon its security too, which they claim now has become robust.

In February 2014, it suffered from the denial of service attack in which 75 BTCs were demanded as extortion. Later in January 2015, Bitstamp suspended its services after a hack during which approximately 19,000 bitcoins were stolen, reopening only a week later.

However, these are not new stories in the realm of centralized crypto exchanges as many people trust their BTC on such exchanges.

That’s why here at CoinSutra we repeatedly remind you not to store your crypto coins on Bitstamp-like exchanges. Instead, rely on  Ledger Nano S-like devices.

I’d say, to conclude, if you have not used Bitstamp yet, you should have a look and feel of the product today and decide for yourself.

Now it’s time to hear from you: Have you used Bitstamp before? Do you like its UI? What do you think about its future? Do let us know your thoughts in the comments below!