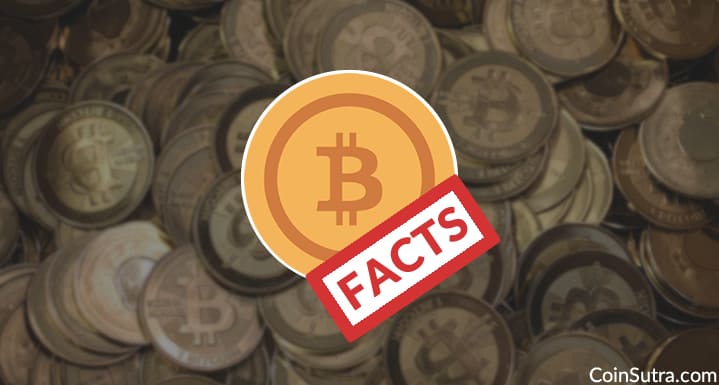 The mysterious “money of the internet”, Bitcoin, has steadily risen in popularity over the last 8 years and is still the undisputed king of cryptocurrencies.

While some are actively using Bitcoin for both investment purposes and daily transactions, there is a large majority who have not started acquiring Bitcoin and have no plans on doing so.

These people have yet to see the power of cryptocurrencies!

The Top 9 Interesting Bitcoin Facts You Need To Know

Part of the reason people don’t want to use Bitcoin is that they don’t know enough about it. Well, our mission here at CoinSutra is to get everyone on the same page with regard to Bitcoin and cryptocurrencies.

Here are 9 facts you need to know about Bitcoin.

1. The first Bitcoin purchase was for pizza. 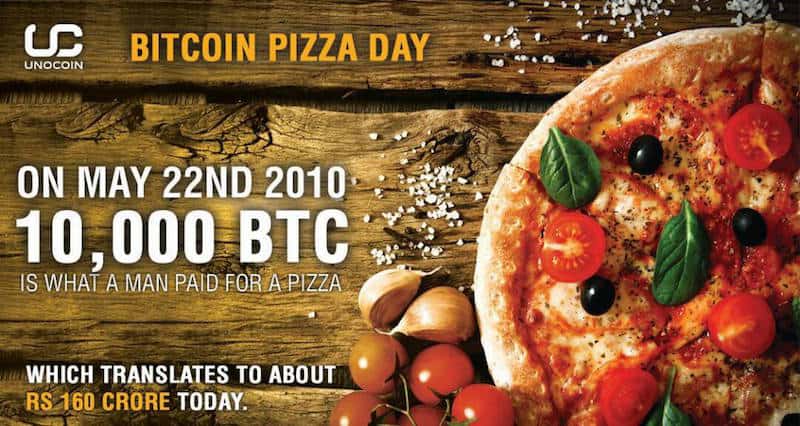 Did you know why May 22 is celebrated as Bitcoin Pizza Day?

Initially, when bitcoins were mined they were virtually worthless as it cost literally cents to buy a BTC.

But it was until 22 May 2010, when someone purchased something with bitcoins.

Seven years ago on this day, someone bought Piazzas with bitcoins and this purchase was a big deal because no retailer was accepting bitcoins at that time for goods and services.

On 22 May 2010, two Papa John’s Pizzas were exchanged by Laszlo Hanyecz for 10,000 BTC. This was the first official documented purchase of goods using bitcoins.

2. The inventor of Bitcoin is a mystery.

Yes, that’s correct! The inventor of Bitcoin is still unknown.

Since the inception of Bitcoin in 2009, there have been several speculations about who the father of Bitcoin is.

The Bitcoin whitepaper was made open to the public under the pseudonym of Satoshi Nakamoto. The identity of “Satoshi” is still a mystery yet to be solved.

Amidst this confusion, there are some people like Craig Wright, an Australian entrepreneur, who in May 2016 claimed to be the inventor of Bitcoin. However, this guy, later on, turned out to be just another scammer.

He with his partner tried to pump a forked version of Bitcoin called Bitcoin cash and made a lot of innocent users lose their hard earned money. None the less, he bought a Limbo with all the scam money:

Some even suggest that Samsung, Toshiba, Nakamichi, and Motorola together created Bitcoin.

This anonymity has led to comments like“Bitcoin is a Ponzi Scheme,“ yet this buzz has not stopped BTC from growing.

Because the purpose of Bitcoin is to be a decentralized method of exchanging money, this anonymity is very healthy for the platform.

When making Bitcoin transactions, your name/identity is not used in any form. Only your public address is available.

The Bitcoin blockchain is a permanent ledger which is transparent. If anyone knows your Bitcoin public address, they can see how many bitcoins you hold and what transactions you have made.

It’s how the FBI was able to bust the owner of Silk Road.

If users of Bitcoin want to hide their public address or IP, it can be done by using services like Bitmixer.io or a VPN.

That said, this just makes it difficult to trace; difficult, but not impossible.

James Howells, an IT guy, lost 7,500 bitcoins in November 2013. While he was cleaning his desk at home, he threw away his hard disk containing the private keys of bitcoins which he had mined in 2010.

The realization dawned on him when he read the news of a Norweigan man who made a fortune by buying BTC at a low price.

He searched and searched, but could not find his hard disk.

Without the private key, the funds are lost forever no one can use them.

Until this point in time, it is estimated that around 25% of all bitcoins have been forever lost.

But unlike traditional paper money, you can’t touch, feel, or print bitcoin.

Bitcoins are mined on the blockchain network, and they come into existence when miners successfully mine Bitcoin blocks.

At present, the mining power of Bitcoin’s network is 300 times more powerful than the world’s top 5 supercomputers combined.

6. There will only ever be 21 million bitcoins.

There will only ever be 21 million bitcoins.

At present, 16.3 million have already been mined and are being traded. The last bitcoin will be mined in 2140. After that, no new bitcoins can be mined.

7. You can buy a lot of stuff with Bitcoin. 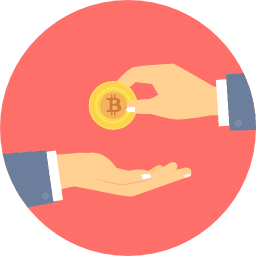 People always ask what you can buy with bitcoins.

But the real question should be:

Here are just a few of the goods and services offered:

To find out more places where you can spend your bitcoins, see CoinSutra’s guide on “Where Do I Spend Bitcoin?“.

8. Since 2008, Bitcoin has consistently been making a profit (except for 1 year).

Yes, I deliberately missed one year: 2014. In that year, Bitcoin prices plummeted, incurring a 62% loss to investors.

The fear of a blockchain hack engulfed investors, but it was not the blockchain which was compromised. MtGox had several fatal and exploitable flaws.

But every other year, the price of Bitcoin has steadily increased.

Due to the nature of Bitcoin, there is constant talk about “banning” it. This hostility towards Bitcoin is because it works outside the jurisdiction of the traditional banking system.

However, the fundamental design is such that it can’t be banned, only regulated. As long as you have an internet connection and a Bitcoin wallet, you can engage in Bitcoin.

Nevertheless, many countries have tried to ban it, like Bangladesh, Bolivia, Thailand, and Vietnam (among many others). But there are some countries like Australia, Russia, Japan, and Venezuela which have made Bitcoin an official legal tender and are regulating it.

However, some countries like India and even the USA are unclear of their official policy regarding cryptocurrencies.

Try as they might, Bitcoin can’t be pushed away just because it threatens the financial power structure. This is the real beauty of Bitcoin.

Facts You Need To Know About Bitcoin

Bitcoin is considered by many as the most revolutionary breakthrough of the  21st century after the internet.

Numerous cryptocurrencies have come and left after Bitcoin. Some called themselves “rivals of Bitcoin” while some complemented Bitcoin.

This is proof that Bitcoin and the blockchain are here to stay.

If you know more exciting facts about Bitcoin that I have missed in this article, then do let me know in the comments!!!

Here are a few articles that are currently popular on CoinSutra: