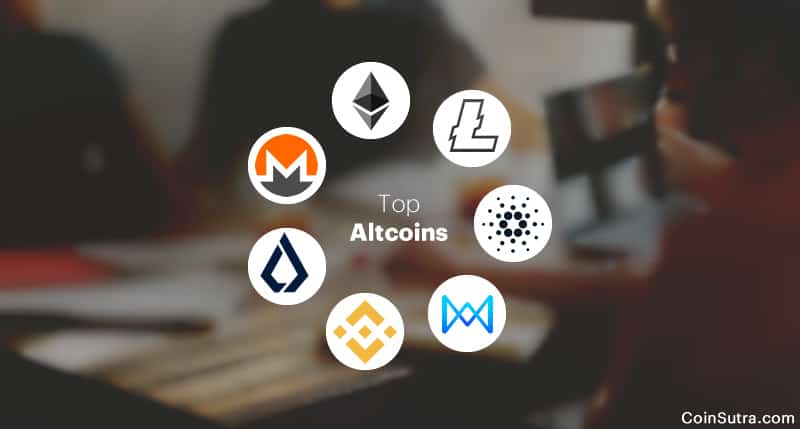 As most of you know, altcoins are the alternatives to Bitcoin.

And in the last two years, altcoins have risen sharply. Take a look at the chart below, and you will understand why I say so. 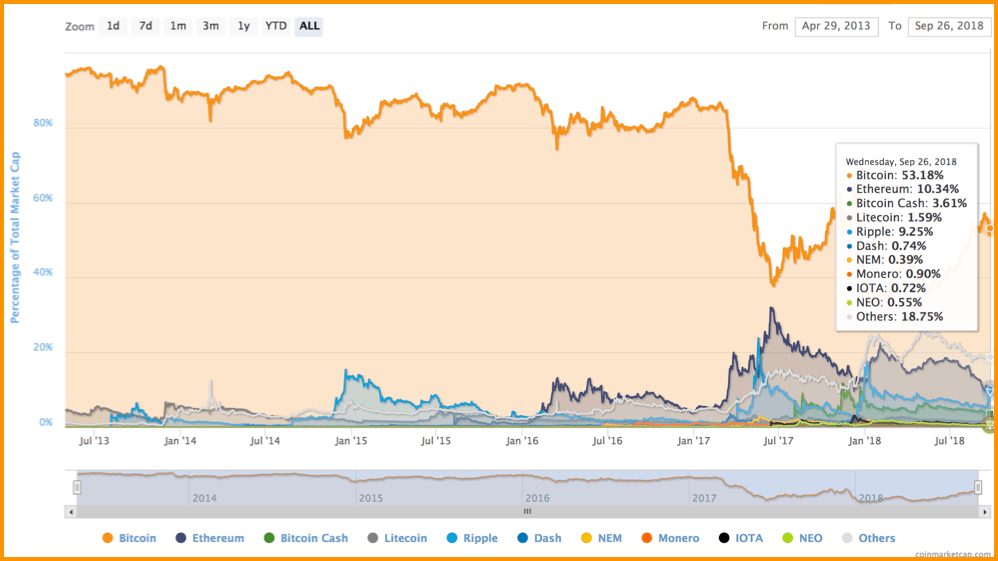 Do you know why?

Well, that was because many investors started trusting other coins for better investment returns, which started a race of fundamental analysis of various altcoins in the market.

CoinSutra has, thus far, covered over 30 altcoins, and has helped its users to understand their very reason of existence.

I believe that Bitcoin is not the be all and end all, but rather, altcoins also have their place in the system.

But what type of altcoins?

Well, the primary thing I see in an altcoin is its feasibility and quality of team members backing it.

That’s why today I am going to share some of the altcoins that I believe have a strong team backing.

Ethereum, the world’s computer, is a well-known altcoin in the market.

As of date, most developers work on Bitcoin or Ethereum, even more so on Ethereum given the number of possibilities with smart contracts and DApps.

That’s why Ethereum has the most developers and team members like Vitalik Buterin and Vlad Zamfir on board who are trying to improve Ethereum every day.

Here is a sneak peek into Ethereum’s team. 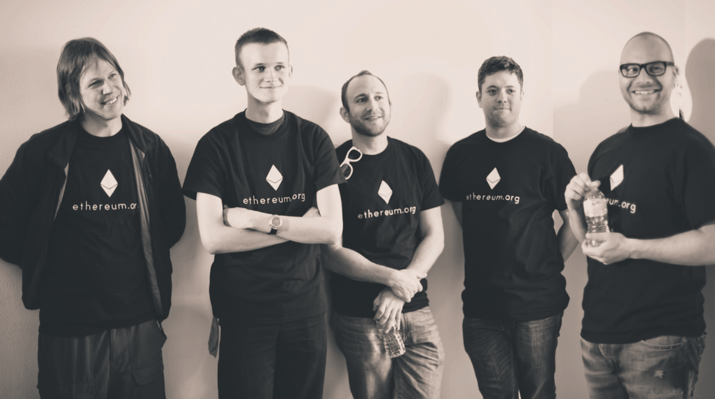 Want to know more about Ethereum? Read: Ethereum Cryptocurrency: Everything A Beginner Needs To Know

Check out these options to buy Ethereum:

Litecoin is the first well-known fork of Bitcoin that came into existence in 2011.

Back then not many people knew about cryptocurrencies, but this new fork of Bitcoin was built to improve upon certain aspects of Bitcoin such as block timings, block size, etc.

Litecoin was created on 7th Oct 2011 by Charlie Lee, an ex-Google employee. Litecoin was designed to complement Bitcoin.

As of now, Litecoin serves as a testbed for Bitcoin. When segwit was implemented, Bitcoin core devs looked at Litecoin’s successful launch of segwit as a reference.

And just like Bitcoin, it is a decentralized and open-source project backed by excellent contributors. Here is a sneak peek into its team’s composition.

If you want to know more about Litecoin, please read: Litecoin Cryptocurrency: A Complete Guide for Absolute Beginners

Explore these options to buy Litecoin:

Monero is one of my favorite cryptocurrencies out there, and that is because of its highly private nature. It is so private and secure that one cannot even see the amount transacted between parties, forget about the parties involved.

However, this privacy feature comes with its drawbacks, the details of which I will not get into right now.

The team comprises of some core developers and some voluntary developers making it one of the most decentralized teams in the cryptosphere. Here is the sneak peek into its core team.

For more on Monero, read: Monero Cryptocurrency: Everything You Need To Know

Check out these options to buy Monero:

Cardano is a 3rd generation, open-source blockchain platform that is expected to facilitate smart contracts and DApps.

I know some of you might question the difference between Ethereum and Cardano.

Well, there is a lot.

Ethereum is blockchain 2.0 while Cardano is 3.0.

Cardano focusses on solving four critical problems faced by blockchains of the world today, all in one place:

And it is one of the most research-driven and peer-reviewed blockchain projects in the world and that’s what makes it different from others.

Curious about Cardano? Read: What is Cardano Cryptocurrency (ADA) & Blockchain 3.0

Here is how you can buy Cardano:

Lisk is a public blockchain platform that provides decentralized blockchain apps. Lisk is also a cryptocurrency and its token LSK fuels Lisk’s Blockchain.

It is another notable project that is doing things the right way and has a fantastic team backing it. I can say so because I have met the founder on two occasions which also makes me believe in their vision.

Here is the interview With Max Kordek – Co-founder, Lisk, at IBW 2017.

Check Out these options to buy Lisk:

Binance coin is one of my many profitable coins, but the reason I am listing it here is not that.

Binance coin (BNB), is the native token of Binance exchange.

It is a utility token in the Binance ecosystem which you can use to pay for any fees on the platform, including but not limited to:

Apart from this, when you use BNB to pay a fee, you will receive a significant discount according to the below-shown schedule. You can see their fee structure in detail here.

QuarkChain Network is a high-throughput blockchain that aims to achieve more than hundreds of thousands of on-chain transactions per second (TPS). The high-capacity system will solve the scalability problem that current main blockchains are facing.

That’s why it is called as the High-Capacity Peer-to-Peer Transactional System.

The team comprises of bright minds who are ex-Google and Facebook, so you need not worry much about that aspect.

Here is a sneak peek into its team: 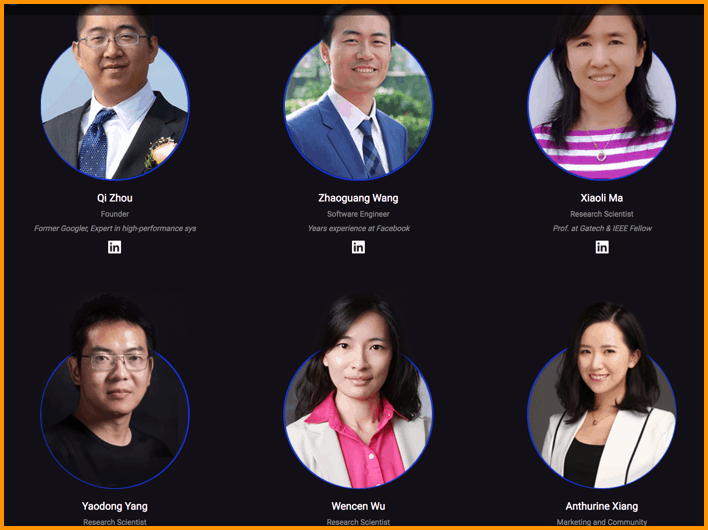 Here is where you can buy QuarKChain:

Now it’s time to hear from you: What do think about these altcoins? Are you invested in any of these? Do think there any more coins/tokens that will boom in the near future? Do let me know your thoughts in the comments section below!