Zilliqa Blockchain: Everything You Need To Know

The 3rd generation of blockchains is here. And if you haven’t heard of them yet, you are probably not in the cryptosphere with your A-Game.

However, we understand that staying abreast of every update isn’t possible for many. And that is why we do it on your behalf – to keep you up to date about the latest trends in the cryptoland.

Having said that, you must have noticed that we don’t deal with below average ICOs or scammy coins and often try our best to filter the best from the rest so that you can focus on what really matters.

In line with the aforementioned article, we are going to touch upon a notable 3rd generational blockchain project named Zilliqa.

This article will revolve around fthe ollowing points:

Zilliqa tags itself as “The Next Generation, High Throughput Blockchain Platform”.

It is actually solving the problem of scalability of blockchains starting from the consensus layer itself. And because of that, Zilliqa can achieve thousands of transactions per second, a number that will only increase as the number of Zilliqa nodes grow.

Zilliqa does this through the concept of Sharding and pBFT protocol that we are doing to discuss further in this article.

Zilliqa uses Zilliqa native cryptocurrency (ZIL) to run the token economics of the blockchain which is also the fuel of the Zilliqa blockchain.

Zilliqa utilizes the age-old concept of Sharding. Prior to Zilliqa’s attempt, it was never used in open permissionless blockchains.

In simple terms, Shards are small groups of nodes that are divided within the network for parallelly processing the transactions happening from the nodes and wallets. This way, not all nodes are engaged in the same work of validation of a single transaction or set of transactions.

This concept increases the capacity of Zilliqa blockchain to parallelly process many transactions as shown in the below image too: 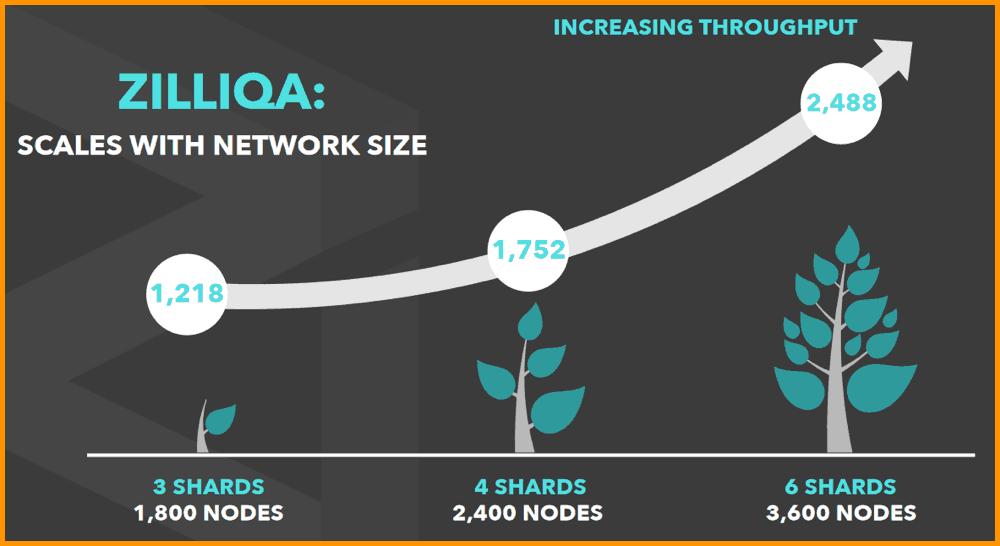 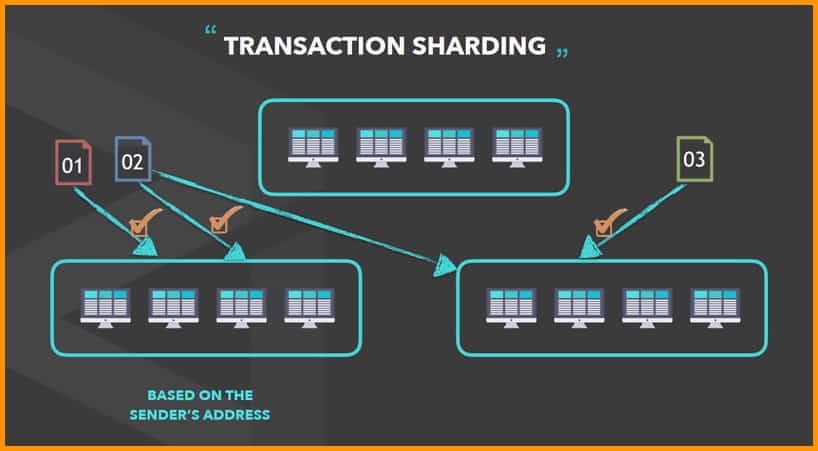 These shards will then start processing these transactions independently and simultaneously while applying the consensus protocol called pBFT within the shards to agree on the order of transactions.

The whole network will then aggregate the transactions agreed under each shard and collate it in a single entity and broadcast it to all the nodes in the network. 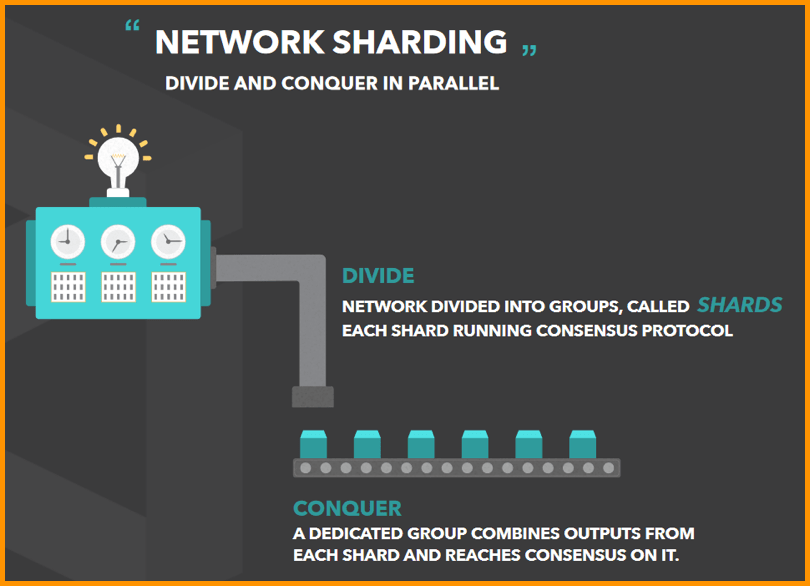 The thing to remember is that Zilliqa is not a PoW totally. Here, every new node first does a basic PoW only to join the Zilliqa network. The network verifies the PoW submission and depending on the submission, it gets assigned to a specific shard. This can be seen as an identity establishment phase.

Zilliqa team is comprised of learned cryptographers, developers and marketers who really exist. Here is a sneak peek into the team’s composition: 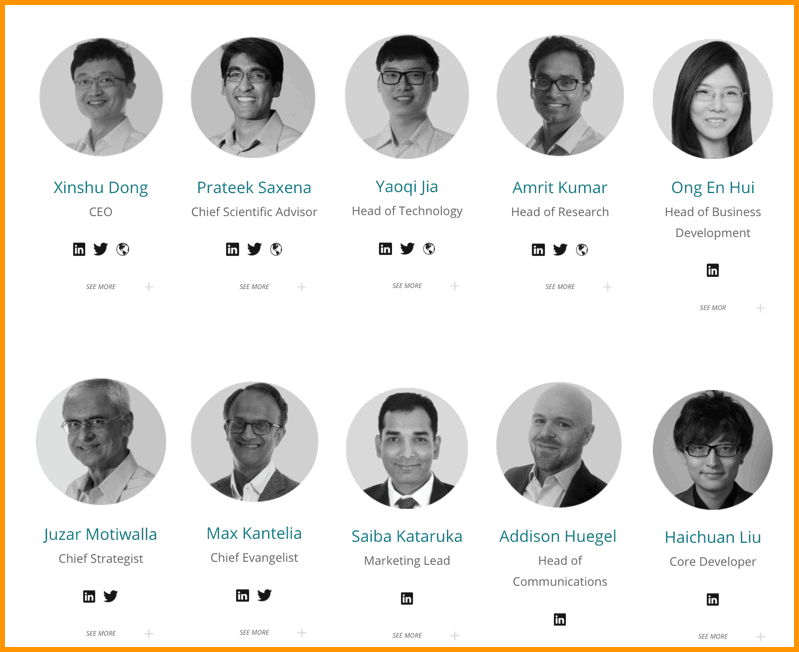 Plus they have a strong peer-reviewed concept of sharding being applied on their blockchain for achieving security as well as high throughput.

The Zilliqa ICO concluded in December 2017 where Zilliqa wanted to sell 30% of the tokens (6.3 billion) out of the total supply of 21 billion tokens. Before this, a private pre-sale was completed.

That is why, according to CoinMarketCap, the total circulating supply is 7,286,961,952 ZIL, and the current price of each unit is $0.14. That values it at approximately $1 billion (at the time of writing this article).

How To Buy Zilliqa Cryptocurrency (ZIL)

Zilliqa has earned quite a bit respect in the crypto community and is surging ahead in building its reputation far and wide.

For good projects like Zilliqa, there are enough exchanges that provide decent liquidity while buying and selling it, some of which are listed below:

Buying ZIL in fiat currencies like USD, EUR etc isn’t possible for now but in the future, it might be keeping in mind Zilliqa’s popularity.

So, as of now, for storing ZIL ERC20 tokens, one can use the following wallet options:

Over the last year or so questions have been raised on the speed and scalability of blockchains like Ethereum and Bitcoin.

And this has also encouraged 3.0 blockchains such as Zilliqa to step up their game in the response to the demand of the market.

Zilliqa’s roadmap thus far looks convincing and a cross-check up on CoinMarketCal looked on track: 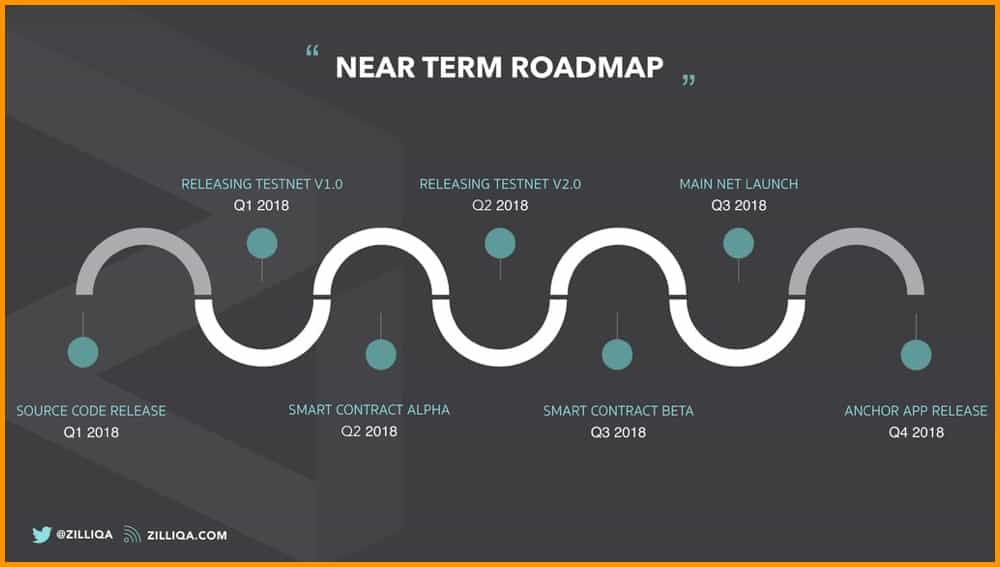 Update: The roadmap has some updates and they are still testing the beta of smart contracts and looks like more time will be spent in large-scale tests and security auditing. Post which they are targeting to go live on the mainnet somewhere in January 2019 or earlier. Here is their latest update on developments and marketing of Zilliqa. 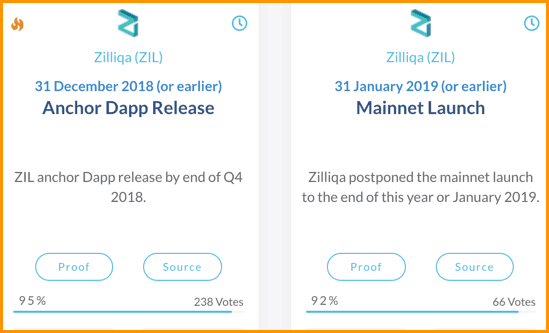 Another thing which Zilliqa is doing differently than other blockchains is, it is developing its own smart contract language called Scilla which will be non-Turing complete.

Non-Turing because many applications don’t require Turing completeness as this approach can be buggy enough to cause incidents like DAO hack in Ethereum.

But in order to compete with blockchains such as Ethereum and Bitcoin which have been there in the market for some years now, Zilliqa will have to show its real worth and deliver on its promises. Plus, there are other blockchains 3.0 competitors out there that are keeping a close eye on Zilliqa.

Also, with their Testnet launch, it looks like the Ziilliqa project and team is worth keeping a close watch on.

Some official links that will keep you updated on Zilliqa:

1 thought on “Zilliqa Blockchain: Everything You Need To Know”