Stop Scams By Ditching ICOs And Investing In DAICOs 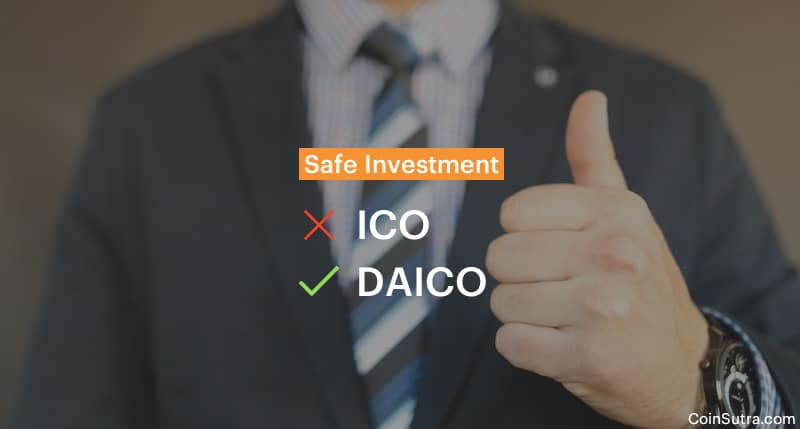 Last year alone, 46% of the ICOs failed while a few others are failures in the making.

But why is that so?

Well, it is the nature of the start-up world, and ICOs or token sale-based start-ups also fall under this category. Crowdsourcing money through ICOs does not guarantee a special treatment in the market mechanics, and that is why most fail and will continue to.

However, there is a flip side too:

Read these stories of failed ICO start-ups because they pulled and exit scam:

I am using the word ‘FAIL’ here because these ICOs failed their investors, but from the perspective of organizing team that raised the ICO, these examples are success stories.

The question is: How to stop these success stories which are actually scams for novice investors in the decentralized token economy?

Well, the pioneer Vitalik Buterin has proposed a solution and it’s DAICO.

What Actually Is DAICO?

DAICO is a hybrid solution of ICO and DAO to make a more effective and secure way of crowdfunding in the tokenized world.

The original idea of having DAICO was proposed by Vitalik Buterin, the founder of Ethereum, in order to improve the old ICO model by incorporating some features of a DAO.

In a DAICO, the intending development team launches a DAICO smart contract on the Ethereum blockchain with DAICO variables which is different compared to the old ICO contract. (Will talk about the DAICO variables later in the article). Of course, the DAICO also starts in ‘Contribution mode’ just like ICO contracts where investors can contribute Ether according to the rules of the ICO.

Now, this DAICO can be an uncapped token sale, a capped sale, a KYC mandatory sale or per-person capped sale, as decided by the organizing team.

Once the contribution period ends, the ability to contribute ETH stops and the initial token balances are set. From there on, the tokens can become tradeable. (Just like the normal ICO or token sale.)

This DAICO variable is called ‘tap’. The ‘tap’ (units: Wei / sec) determines how much Ether the developers will be able to withdraw from the contract per second. (This keeps a check on the developers as they can’t withdraw the whole contributed amount at once.)

This can be implemented as follows:

Another variable is ‘Vote’. Using this mechanism, the token holders can vote on two types of resolutions:

Purpose of DAICO & Benefits of DAICO

The purpose of DAICO is simple.

It is to make the development team, who is collecting the money and promising the product, more accountable.

The DAICO model is a governance mechanism in itself but it doesn’t mean that DAICO model is for the investors to rule over the fund-raising team. Instead, it to make a collaborative model where investors, as well as the investment collecting authority, come together to work in a fair way.

The intention is also that the voters (token holders) start off by giving the development team a reasonable and not-too-high monthly budget, and raise it over time as the team demonstrates its ability to competently execute the roadmap with its existing budget. (Use of resolution #1)

If the voters are very unhappy with the development team’s progress, they can always vote to shut the DAICO down entirely and get their money back. (Use of resolution #2)

DAICO will bring to the table the following things in comparison to normal ICOs: 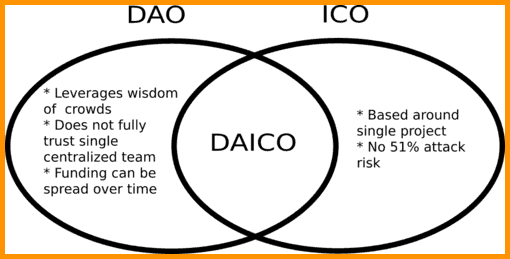 DAICOs are decentralized and governed to some extent in nature whereas ICOs are not. This is the irony in a decentralized project, and also the reason for many ICO exit scams.

In the DAICO model, the development team needs to think about investors before making any decision because investors (voters or token holders) can shut the project, or lower the ‘tap’ limit anytime by unanimous votes. 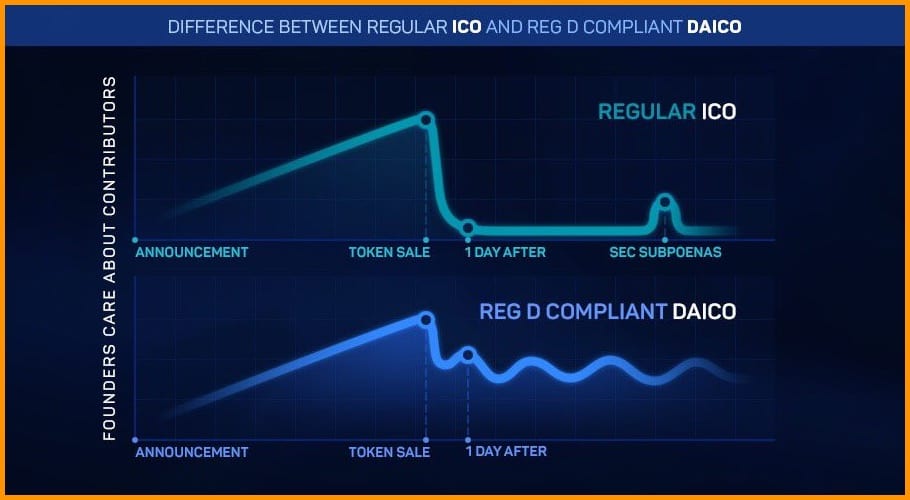 In DAICO, investors have a say or overview of the funds they have contributed, whereas in ICOs the power rests solely in the hands of the few who have organized the ICO.

I am really impressed by the DAICO model as it further amplifies what smart contracts can do and how safe they can make the whole decentralized world that we all are willing to create.

Plus, it is a very healthy model for the industry as it enforces the rules in a democratic way by leveraging the technology.

Moreover, though it looks promising on paper, it is very early to say how start-ups intending to crowdsource might react to it.

Some start-ups like The Abyss have also started incorporating DAICO model for their crowdsourcing!

Dear @VitalikButerin, we've adopted your DAICO concept, improved it, applied to our Token Sale and got our smart contract redeveloped & reaudited. We are now inviting you to become an Oracle (supervisor) of the world's first #DAICO, 100% inspired by your idea #TheAbyss #Ethereum pic.twitter.com/zjQJHRJptR

DAICOs for example are designed to fail gracefully in the case of a bribe attack on the voting: everyone gets refunded and the entrepreneur can just make a new DAICO that everyobe can rejoin.

And in the future, if this becomes the go-to method to conduct ICOs, start-ups that would still be doing ICOs the old way would face the accountability questions from the investors and would eventually fail to get traction.

Lastly, the DAICO model will need a lot of education for the investors so as to understand the basic mechanics of a start-up because they will be in the voting or governance seat in this model.

Let us know: How do you feel about the new DAICO model? Do you know of any ICOs that are adopting the DAICO model? Eagerly waiting for your comments 🙂