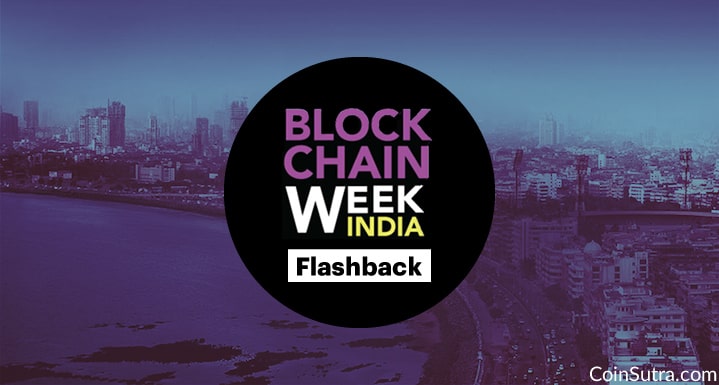 Are you still at the crossroads?!

By “crossroads”, I mean the crossroads of whether or not to get involved in the blockchain and cryptocurrency space.

Well, in my opinion, you should get out of the crossroads and into cryptocurrencies!

I am saying this because the CoinSutra team is back from the IBW’17 conference (i.e. India Blockchain Week) and we have plenty of takeaways as well as appealing insights on “blockchain tech” that should excite you.

In general, India Blockchain Week 2017 was one sold out conference that was amazing to be a part of!

In this post-event write-up, I intend to cover the important highlights, takeaways, discoveries, and experiences for our readers who couldn’t attend.

So let’s get started…

The India Blockchain Week 2017 conference finally made its way to Mumbai on 25-26th September. It was Somish, a leading blockchain technology firm based in New Delhi, India, who partnered with a London-based company to host this event.

The conference was attended by more than 20 companies with an exciting line of more than 10 sessions on each respective day, with an overall attendance of 1000 delegates!

Blockchain and crypto experts from countries like the UK, the USA, Singapore, India, Ukraine, and Germany were some of the most notable speakers.

Here were the highlights:

The two-day conference was a perfect blend of carefully scheduled and smartly-moderated discussion panels on various topics. It had ICOs and blockchain startup showcases spread across the agenda for both days.

And of course, the agenda allotted each delegate ample amounts of opportunities through coffee breaks, luncheons, and a gala dinner exclusively for networking. Here are few pictures: 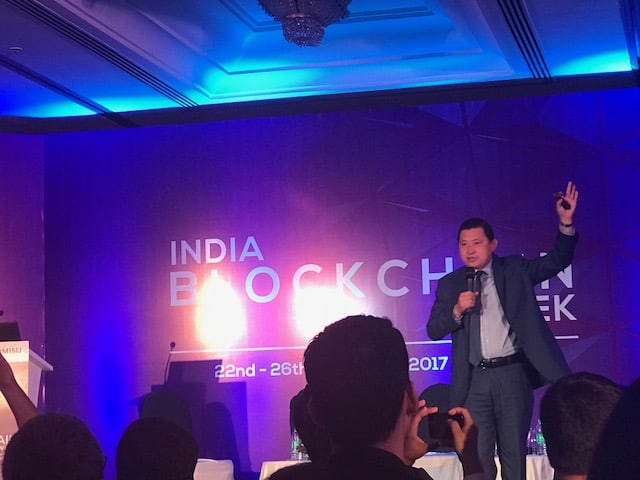 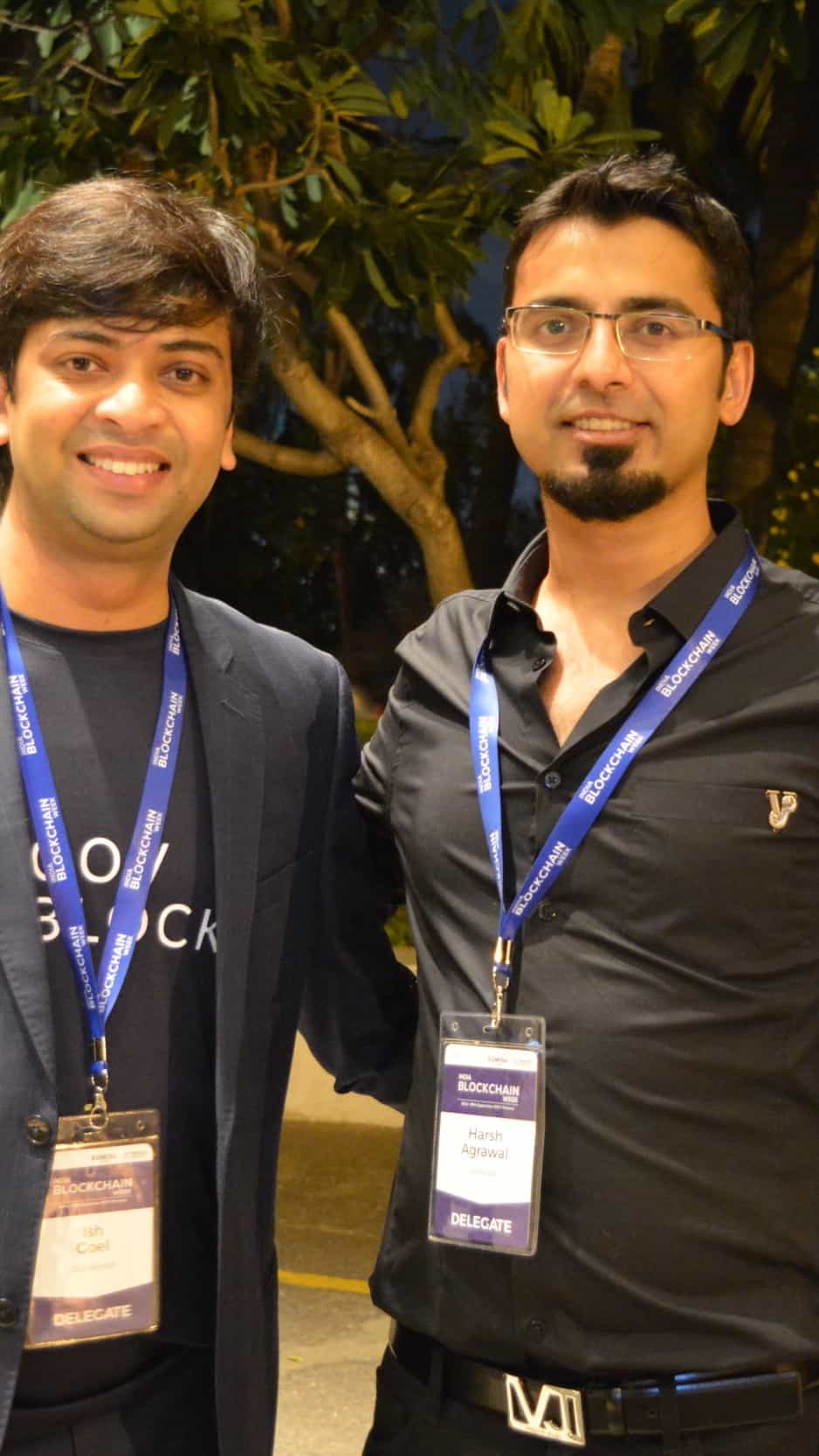 The following panels had leaders and speakers from diverse backgrounds to discuss really interesting topics:

Panel 3- Initial coin offerings; what are they all about?

Panel 5- Is code the new law? Blockchain startups and regulation.

Panel 6- ICOs and how fundraising is becoming geographically independent; VCs point of view.

Our CEO, Harsh Agarwal, also moderated the last panel (Panel 8) with Sumant Neppalli from Zebpay, Kunal Nandwani, the Consultant Ministry of Finance for GoI, and Aman Kalra from CoinSecure.

Apart from this, some of the other takeaways from these panels discussions were:

Apart from all this, Ish Goel showcased GovBlocks and said that “India’s Blockchain Moment Is Not Far”. I too found GovBlocks quite interesting with a valid use case…

Governance on the blockchain is possible with these features:

And including governance, one can aim to implement the below-shown use cases on GovBlocks:

There were many ICOs and blockchain startups being showcased, but I will cover only those that I found most interesting:

#1 Lisk– Lisk is a blockchain startup that requires no introduction, as at the moment Lisk is comfortably sitting at the 15th position of CoinMarketCap. It was really exciting to listen to Max Kordek, President of Lisk, when he shared about how Lisk has transformed since their ICO. According to Max, Lisk now has funds worth $100 million designed to help them reach their goal.

Lisk is a blockchain platform that aims to make blockchain development for JavaScript developers very easy. The Lisk blockchain is fueled by the Lisk cryptocurrency and has a unique USP of sidechains integrated on it that will prevent main blockchain bloating problems.

Max also boasted that the future of ICOs is going to be even crazier, as he claimed that “Lisk will host more ICOs than Ethereum is currently having,”

#2 ETHLend– ETHLend was showcased by Opendier Singh, the head of India Subcontinent. ETHLend aims to democratize lending by using the Ethereum network that will use ERC tokens or ENS domains as collateral. ETHLend will provide crypto-to-crypto loans to anyone and anywhere in the world with digital collateral and without revealing their identity.

They have an alpha version of their DApp up and running which is already issuing loans. If you are interested in accessing their DApp, you will require Ethereum’s DApp browser – i.e. Metamask. And if you want to participate in their ICO, it is still going on over here.

#3 RightMesh– RightMesh’s Cheif Product Officer, Saju Abraham, shared a unique use case of the blockchain. RightMesh uses mesh technology to connect users to a wireless network of sharing, and in doing so, they aim to create a new connectivity option for the masses.

Apart from this core technology of mesh nodes, it leverages Ethereum’s blockchain-based MESH tokens to catalyze the user adoption by incentivizing data sharing nodes with MESH tokens and vice-versa.

There is no denying the fact that attending such an event is like wisely investing your time and money make a killer ROI.

I was able to network with many industry leaders and was able to have Q&A sessions with some notable members of this community. I will share these sessions on CoinSutra’s YouTube channel… so stay tuned!

Also, it was great to have the CoinSutra team working side-by-side with world leaders of blockchain technology. I hope to have many more great experiences at future conferences, and when I do, you’ll be the first to hear about them!

So that’s all from my side in this follow-up article of the IBW’17 conference.

If you’re also interested in going to one of these conferences, check out this list of exciting blockchain events coming up later this year.

Now it’s time to hear from you: Were you also at this conference? What was your favorite part? What would you like to see more of next time? Let me hear your thoughts in the comments below!