Legal Status of Bitcoin & Other Cryptocurrencies in Top 10 Countries 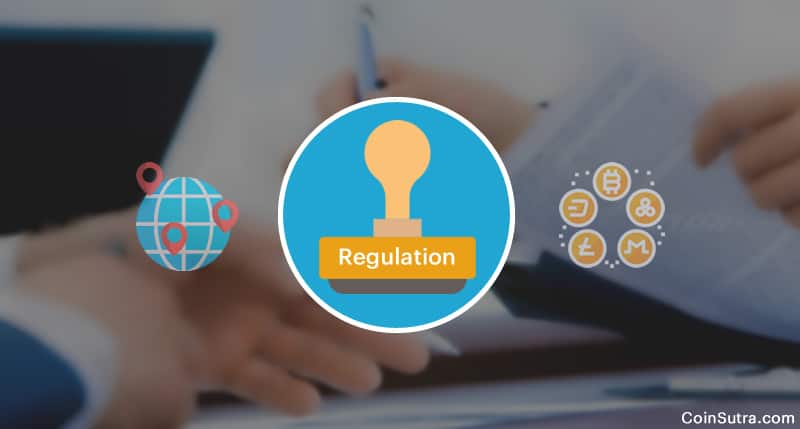 Different countries today have different stands on cryptocurrencies. There are some who support keeping in mind the security it provides, while others have gone ahead and outright banned it.

The divided stand was expected. They don’t know what they are dealing with. Add to it the ICO mania which has given the crypto a bad name with multiple scams unfolding now and then.

Therefore, governments regulators are having a hard time dealing with this new decentralized concept of money.

Hence, I thought it is apt to discuss the regulatory stand of countries that are pulling out daily a significant volume of crypto trading, are particularly interested in crypto and analyze their present condition.

Here are the countries that we have covered in this research:

Stand Of Different Countries on Cryptocurrencies 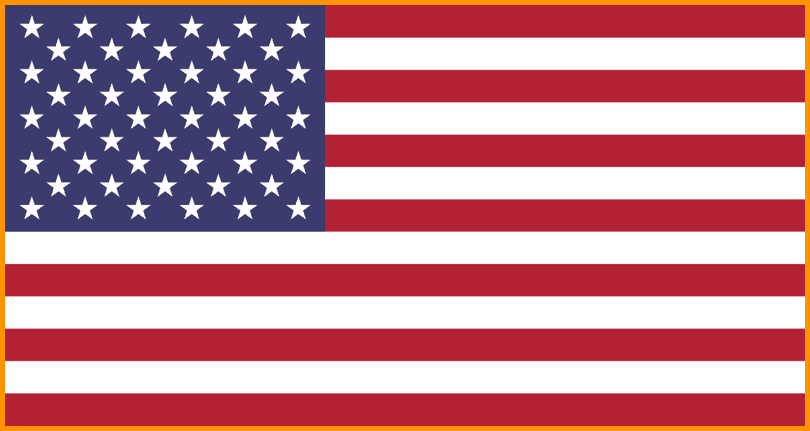 But they have been particularly stringent on ICOs and token sales that are selling unregulated securities in the name of app tokens.

Whereas, SEC has cracked down on non-compliant and fraud ICOs recently like: 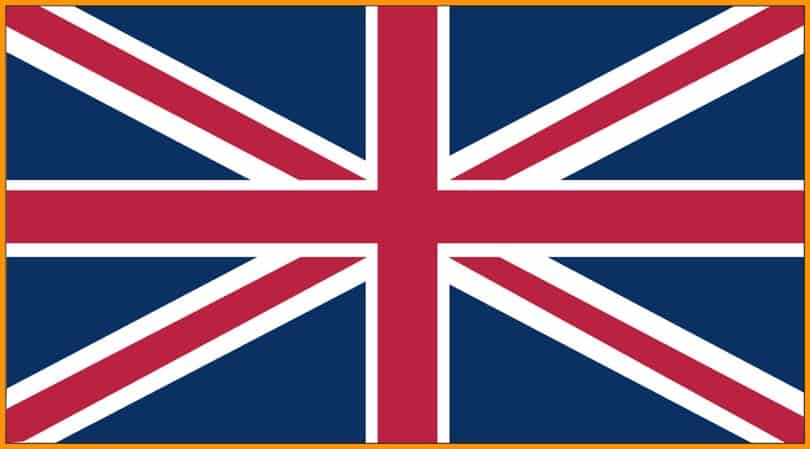 The UK’s Treasury Committee launched an inquiry into cryptocurrencies and blockchain technology in February, stating that one goal of the investigation was to provide adequate protection for consumers and businesses without stifling innovation. (Source-Independent)

Also, just like many other countries, the UK Financial Conduct Authority (FCA) is working with Bank Of England & UK Treasury to develop regulations around cryptocurrencies and ICOs so that consumers can be protected. Plus, they have issued warnings for consumers dealing in crypto in the UK.

Moreover, according to HMRC, Bitcoin & cryptocurrency investors may have to pay capital gain taxes on their profits too. 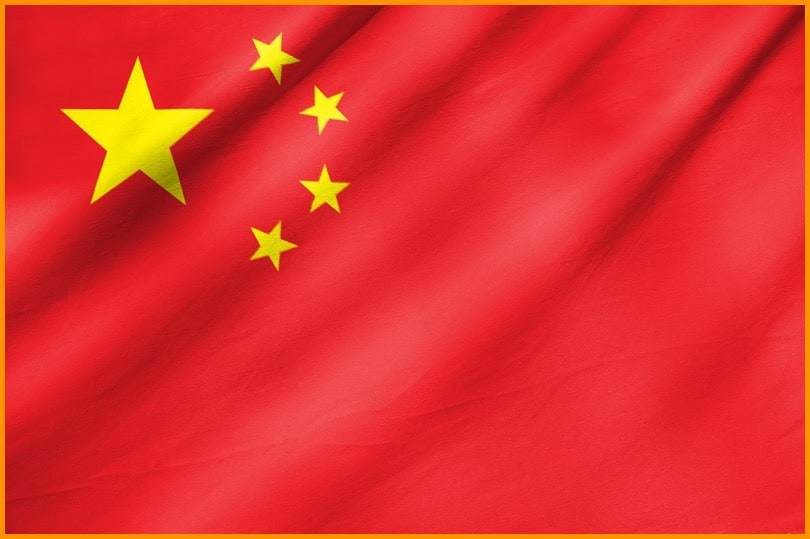 Last year, they banned ICOs and scrutinized many crypto exchanges.

As of now, ICOs are banned, exchanges cannot operate, and their websites are blocked resulting in the migration of many big exchanges out of China. Plus, the crypto (Bitcoin) trading has become primarily peer-to-peer or over the counter, which is also illegal.

On the other hand, Felix Yang, an analyst with the financial advisory firm Kapronasia in Shanghai said:

“Without the government’s control, cryptocurrency could become instruments for drug dealing, capital outflow, terrorists and other illegal activities. But,” he says, “the Chinese government is not reluctant about the development of blockchain or cryptocurrency under one condition — if it is manageable.”

In short, China sees Bitcoin and cryptocurrencies as a threat to its own national currencies CNY, and thus the desire to control or ban decentralized currencies.

Note: Bitcoin mining in China is not banned yet, but has surely scared the miners there. 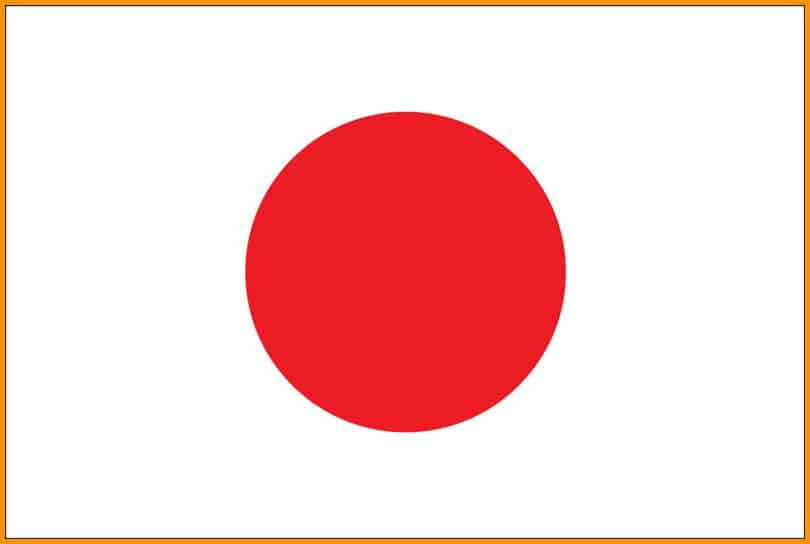 Japan loves Bitcoins, and it accounts for over 50% of global trading volume daily. It was also the very first country in the world that legalized Bitcoin and cryptocurrencies for payments.

But the rules aren’t as friendly for businesses as they are required to comply with all the conditions, plus, they need to undergo regular audits for continuing to accept digital currencies. They also need to pay taxes as crypto is treated as an income for the businesses.

Recently, they have started looking into ICOs again and are expected to strengthen their rules on questionable cryptocurrency fundraising further.

However, the FSA has been looking for ways to disallow anonymous cryptocurrencies (Zcash, DASH, Monero, etc.) from operating in the country, precisely because they are too useful for criminals, money launderers. They also enforced a new law that requires cryptocurrency exchange users to confirm their identities. (Source-Finance Magnets)

Note: ICOs, mining or trading is not banned in Japan. 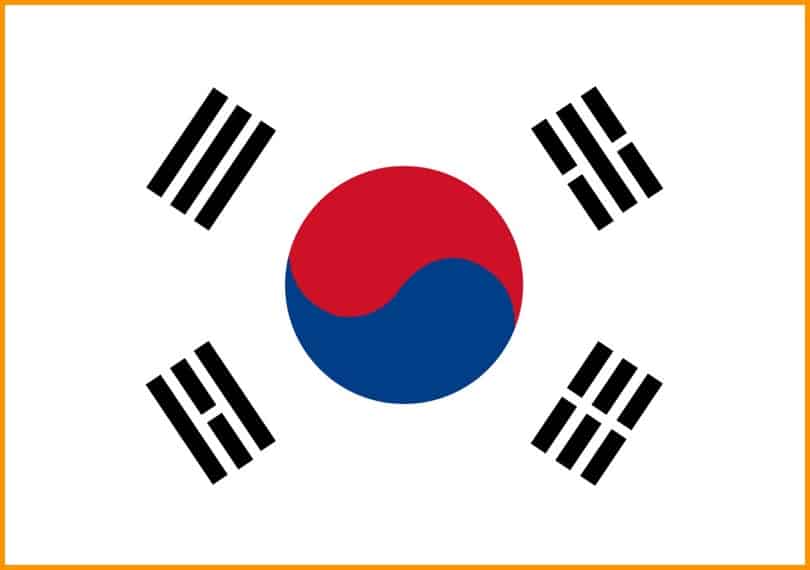 This has called for stricter KYC and AML laws but ICOs were straight away banned last year which might change very soon this year. 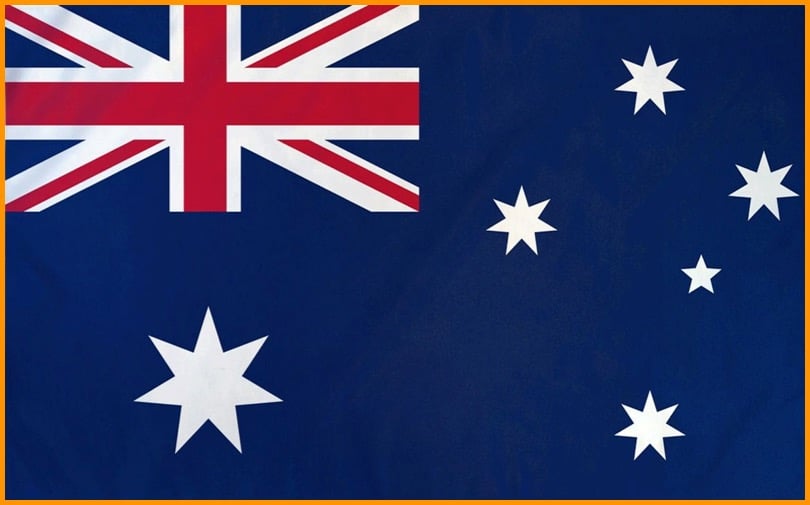 Australia has been another welcoming country for Bitcoin and cryptocurrencies. It was the second nation after Japan to declare Bitcoin & cryptocurrencies as a legal tender in 2017 and also ended the double GST taxation on the purchase of digital currencies.

Furthermore, this year they have started regulating cryptocurrency exchanges with the sole purpose of consumer protection, to increase the confidence of investors as well as to hamper money laundering practices.

AUSTRAC will be regulating and licensing the Australian’ crypto exchanges, and it has already started.

They have not levied a ban on ICOs like China, but have laid down actionable guidelines to be followed for any ICO, which is a good approach. 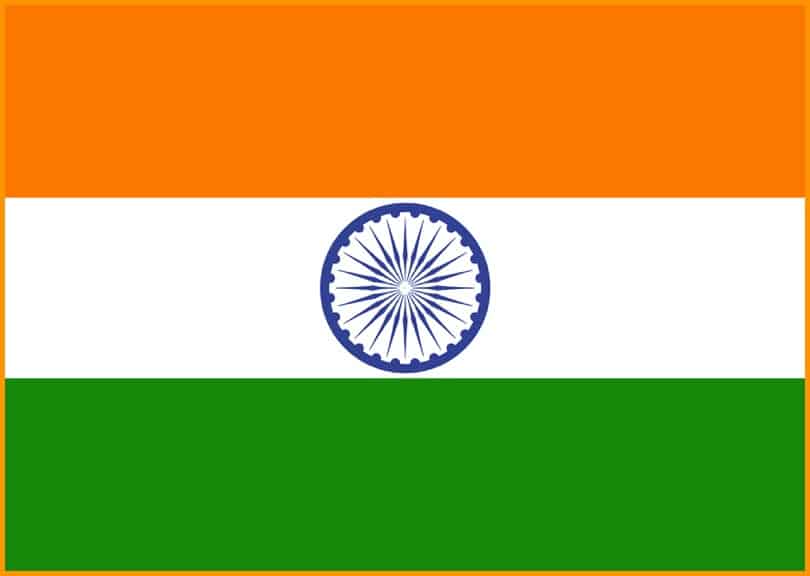 The Reserve Bank Of India has instructed all the banks in India to immediately stop servicing crypto exchanges for fiat off & on ramps.

In the past, the Indian government issued few warnings for the investors with statements like these:

The Government does not consider Cryptocurrencies “as Legal Tender or Coin” and will take all measures to eliminate the use of these Crypto Assets in Financing “Illegitimate Activities” or a Part of the Payment System.

“Technological innovations, including those underlying virtual currencies, have the potential to improve the efficiency and inclusiveness of the financial system. However, Virtual Currencies (VCs), also variously referred to as cryptocurrencies and crypto assets, raise concerns about consumer protection, market integrity, and money laundering, among others.

Reserve Bank has repeatedly cautioned users, holders and traders of virtual currencies, including Bitcoins, regarding various risks associated with dealing with such virtual currencies. In view of the associated risks, it has been decided that, with immediate effect, entities regulated by RBI shall not deal with or provide services to any individual or business entities dealing with or settling VCs. Regulated entities which already provide such services shall exit the relationship within a specified time. A circular in this regard is being issued separately.” (Source)

There are no rules on mining or ICOs in India yet, but statements like these have inevitably stifled the growing crypto & blockchain market in India. More opinion on this here: Future of Bitcoin & Other Cryptocurrencies In India After RBI’s Ban. 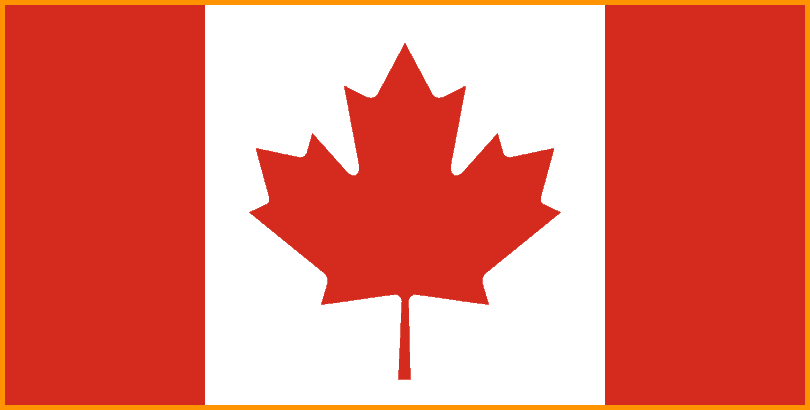 Canada is emerging as one of the favorable countries for the blockchain and cryptocurrencies. In Canada, cryptocurrencies aren’t a legal tender yet, but they aren’t banned either. It is still debatable whether cryptos there are considered as currencies or security.

As of August 2017, Canadian security laws are applicable to cryptocurrencies, and they are not in hurry over ICOs either. Also, gathering opinions and comments from industry experts to make a framework for ICOs, so that their regulation might not stifle the innovation seems like a good move by the government. 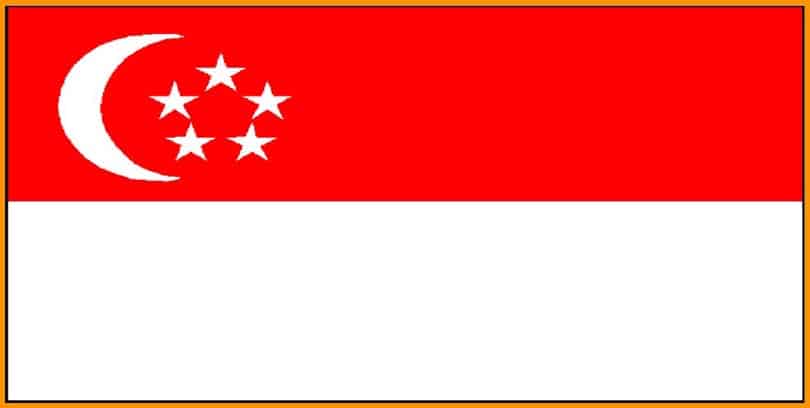 Singapore has been quite lax in making the laws around cryptocurrencies, but this could also be the wait-and-watch strategy.

As of now, cryptos are not a legal tender in Singapore but fall under the category of digital assets or securities. Plus, they have the VAT rules still imposed when one buys cryptocurrencies.

The regulations at present aren’t as beneficial either. They are stringent for ICOs and cryptocurrencies in general, and the Singapore government is thinking if there is any need for more regulations. The Singapore Central Bank said, “We are assessing if additional regulations are required for investor protection.” 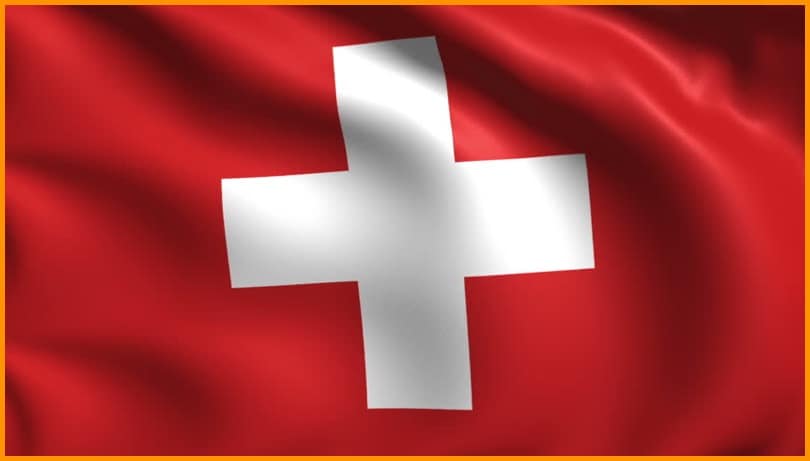 Switzerland is trying to become the crypto valley, equivalent of the Silicon Valley in the US. And that’s why it has been particularly liberal on all fronts of cryptocurrencies and blockchain tech.

Many start-ups flock to Switzerland for launching their ICOs, and this has also had a negative impact.

Our balanced approach to handling ICO projects and inquiries allows legitimate innovators to navigate the regulatory landscape and so launch their projects in a way consistent with our laws protecting investors and the integrity of the financial system.

And they also laid down guidelines on ICOs under the Swiss anti-money-laundering and securities laws in February this year.

Hope you enjoyed reading the cryptocurrency the stand of many countries around the world.

Do share this article with your friends and family. And let me know in the comments section below if I have missed any notable country on this list 🙂