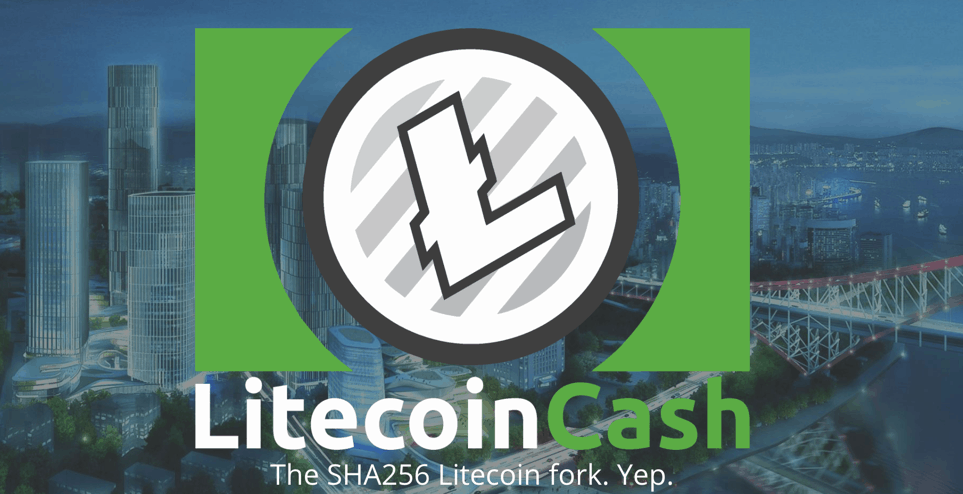 Enough of forking Bitcoin. It is time to fork Litecoin now.

It is no joke or a rumor. Take a look at this tweet with its link which says Litecoin Cash market is updated at CoinMarketCap.

#Litecoin #Cash #LCC has been added to @CoinMarketCap https://t.co/fkx3LRlL0t

By now, I believe, you must have verified my claims. In this article, I will cover these following important points about Litecoin Cash in this write-up:

Why The Litecoin Cash Fork?

The motivation of this fork is that there is no fast, cheap SHA256 coin with good difficulty adjustment. SHA256 miners have little practical choice of hash power destination, and if they do mine blocks they’re being paid in a currency with 10 minute block times.

LCC team believes that they can offer an excellent SHA256 coin for general usage. They love Litecoin and wanted to give something to the brave HODLer community. With everyone else too busy forking Bitcoin, they decided that the Litecoin blockchain was a perfect means of initial distribution for their coin. Hence they decided to fork Litecoin.

Must read: Do’s and Dont’s in the event of a hard fork. This is for Bitcoin but the same logic applies to Litecoin fork as well.

When Did This Forked Happen?

The fork happened on 18th Feb 2018 at the Litecoin block height of 1371111, which is why anyone holding Litecoin at block 1371111 will have 10X as much Litecoin Cash, provided they have their seed/private keys with them.

SMILE!🙂🙂🙂
🚀🚀🚀🚀🚀#Litecoin snapshot has been taken.
Stay updated wallet will be released within 24 hours!

Team Behind The Fork

Here are details of the team members as per their official website: 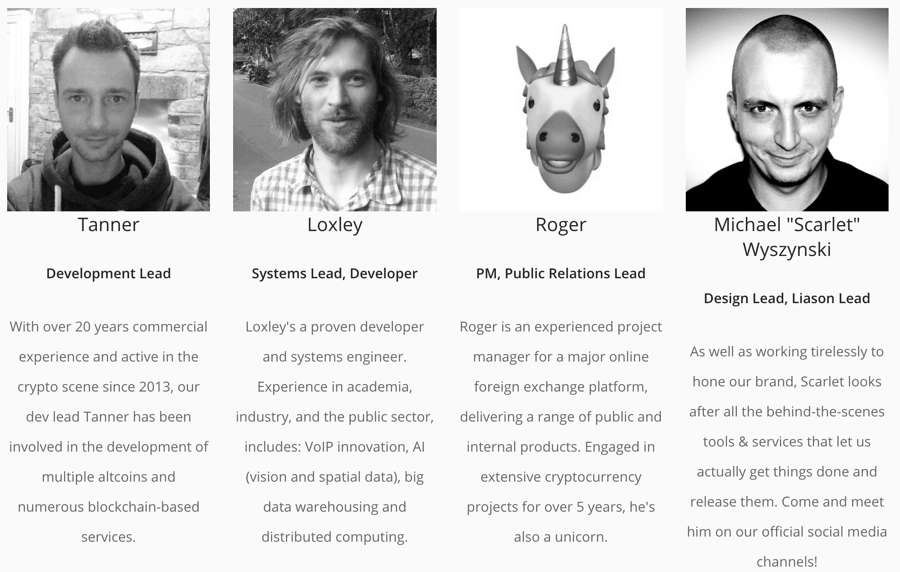 There is a team of four behind this fork but they have only their initial names out on the website which is why it is difficult to do a real background check as of now. But so far, no issues or scams have been reported and it has been almost a month days since the fork happened.

Below are some of the unique specifications of this newly born Litecoin Cash coin: 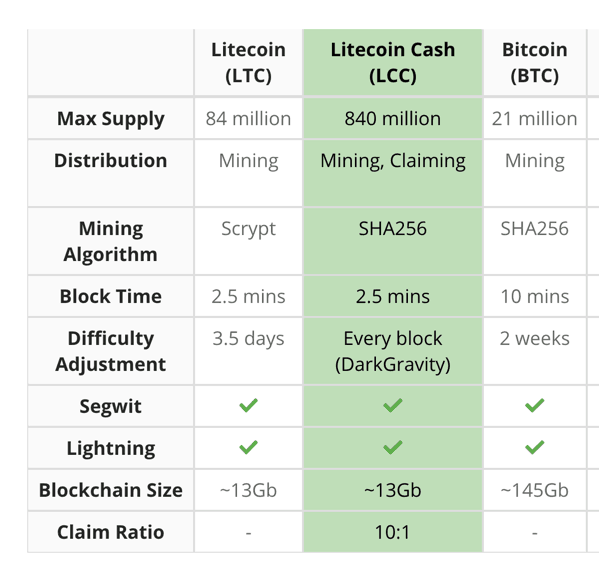 Who Is Supporting The Fork [Litecoin Cash Exchanges & Wallets]

Not many have actually come out in open to support this coin but all those who have come out in support are trustworthy.

Coinomi Wallet has declared that they will support LCC fork soon in their mobile wallet app, a claim that they also mentioned in their tweet.

Announcing support for $LCC Litecoin Cash, $LTC's upcoming fork. To receive your free $LCC make sure you keep your $LTC inside you #Coinomi wallet at block 1,371,111. You will receive 10 #LitecoinCash for every $LTC you hold inside Coinomi during the fork! #litecoin #fork pic.twitter.com/TVojAmZhI9

Another well-known altcoin exchange, Yobit has also claimed that the trade of LCC is ON, on their exchange and same is evident from CMC markets too.

Apart from these two, there are few other exchanges that are listed on LCC website and upon little digging up we could find that Mercatox, TradeStoshi including YoBit are actually supporting this fork.

Despite Charlie Lee, the founder of Litecoin, tweeting that this a fraudulent fork, I was unable to find anything very direct/indirect fishy with this project.

PSA: The Litecoin team and I are not forking Litecoin. Any forks that you hear about is a scam trying to confuse you to think it's related to Litecoin. Don't fall for it and definitely don't enter your private keys or seed into their website or client. Be careful out there! https://t.co/qXbiIxp5Al

Instead, the LCC team was found tweeting opposite of it and looked like spreading awareness about the security of user’s private keys.

We will never ask you to enter private keys on the website!
This is not us!!!https://t.co/8NDAy0nSdN#LitecoinCash #SCAM

However, I acknowledge the fact that they are doing a bit of pre-mining which nowadays is always the case when you see such forks come out which is just fine.

Also, their reason for forking Litecoin is not strong enough, but irrespective of that the market forces have welcomed this fork and it is trading at $5 per coin. So if you have 1 LTC at the time of fork that means now you also own 10 LCC which is worth $50 dollar in a bunch.

Also, this is free money and free money is always good and you might just thank Litecoin & Litecoin Cash for funding your evening coffee today!

Well, that’s it from me for now and I will be back soon on CoinSutra with proper vetted ways to claim this Litecoin Cash. And we will also be publishing the list of exchanges and wallets supporting Litecoin Cash once the scenario becomes more clear.

21 thoughts on “What Is Litecoin Cash (LCC)? [Fundamentals, Exchanges & Wallets]”