Legacy Or Segwit On Ledger: How To Migrate To Segwit & Why You Should

CoinSutra » Wallets » Legacy Or Segwit On Ledger: How To Migrate To Segwit & Why You Should 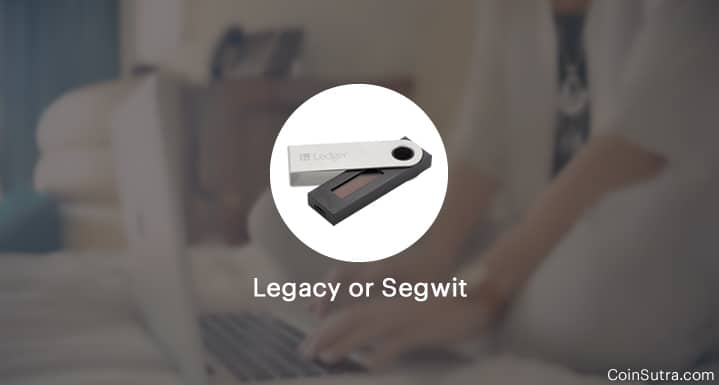 A lot of newbies in the cryptosphere using Ledger Nano S are asking whether they should move on to Legacy or Segwit on Ledger’s Bitcoin app. To me, the answer is simple – Segwit.

But before convincing you why, I would like to shed some light on the background of both – Segwit & Legacy – for a better understanding.

Originally proposed by Satoshi Nakamoto, legacy addresses of Bitcoin are simple addresses that start with the digit ‘1’ (1Nh7uHdvY6fNwtQtM1G5EZAFPLC33B59rB). However, continuing the use of these types of addresses has some drawbacks which are explained further in this article.

Segwit, however, is a long-awaited Bitcoin scaling solution through a soft-fork of Bitcoin’s protocol that was agreed and activated on August 24, 2017. (I have covered the specifics of the scaling debate here in case you are interested in reading it).

Activation of segwit simply means that you have new address formats available on Bitcoin’s blockchain which are called multi-signature (P2SH) addresses starting with the digit ‘3’ (3JxDR5iheVDMZP88tiFrtY4bw9UBZwTMcc).

However, using this address type is not mandatory as it was a soft-fork but I still highly recommend you to opt for segwit addresses because of many benefits such as these and these. For now, I will list some the benefits that you can enjoy by using segwit addresses.

Hence I feel it makes more sense in migrating to a segwit address for your day to day Bitcoin transactions.

Migrating To Segwit On Ledger: Step By Step Process

Here is a list of Segwit supported wallets that you can choose from.

And if you have Ledger Nano S wallet which was the first hardware wallet to support segwit, follow the below-given steps to migrate to segwit.

1. Launch the Ledger Wallet Bitcoin application on your desktop.

2. Connect your Ledger device and enter your PIN code.

3. After connecting your Ledger device, open your Bitcoin application on the device. You will be prompted to select Bitcoin or Bitcoin cash. Select ‘Bitcoin’. 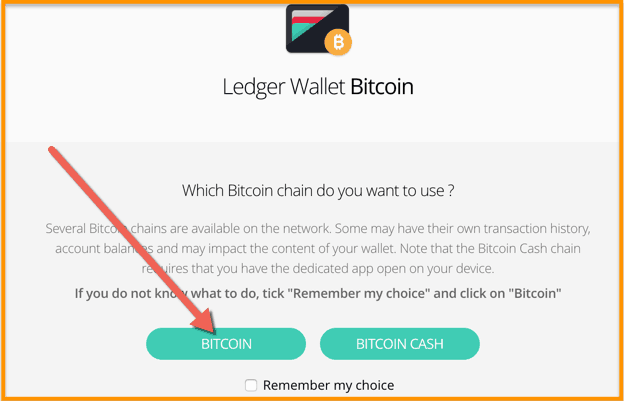 4. Once you select ‘Bitcoin’, you will see this screen. Select here ‘SEGWIT’ 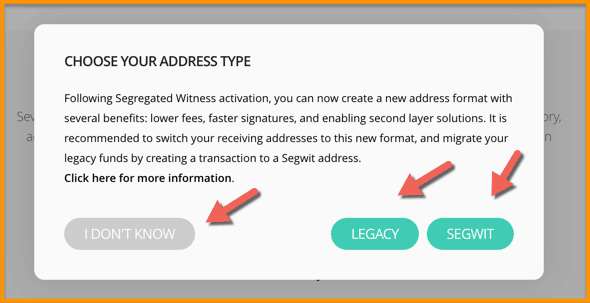 5. Your Bitcoin segwit wallet will open and look like this.

6. Now when you click ‘Receive’, a pop with your segwit Bitcoin address will open. You can see that the address starts with ‘3’. 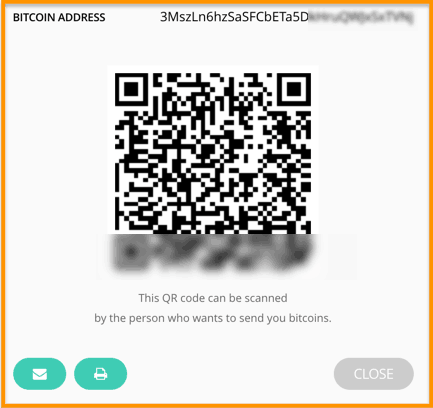 7. Copy this segwit address and paste it somewhere into a file.

8. Go to ‘Settings and Blockchains’ and you will see the screen below where you need to select Bitcoin chain, not Bitcoin Cash.

9. Now, select LEGACY there on the next screen.

11. Now you should be able to see this screen where you can paste the previously copied segwit address in step #7, in the recipient address field. Fill in the amount, the fees, and send your transaction to the segwit address. 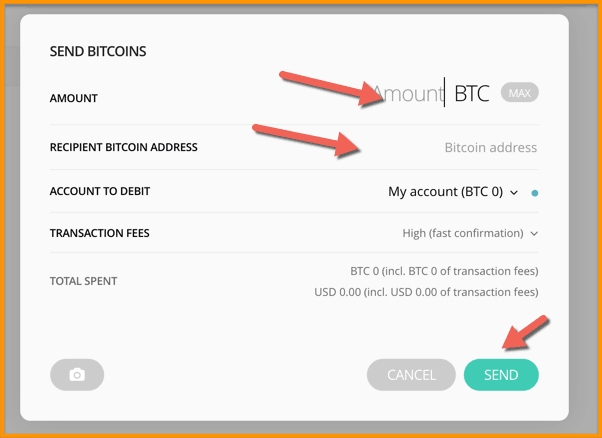 Note: These migration steps need to be followed only when you have some funds on the Legacy address that you want to move/migrate to a segwit address. Also, this will be a transaction on the blockchain so you need to pay the necessary transaction fees too.

Now its time to hear from you: Are you using segwit addresses and enjoying its benefits? Have you migrated from legacy to segwit in your Ledger Nano S device? Do share with us in the comments section below.

Love this article? Here are a few more articles that you should not miss:

11 thoughts on “Legacy Or Segwit On Ledger: How To Migrate To Segwit & Why You Should”