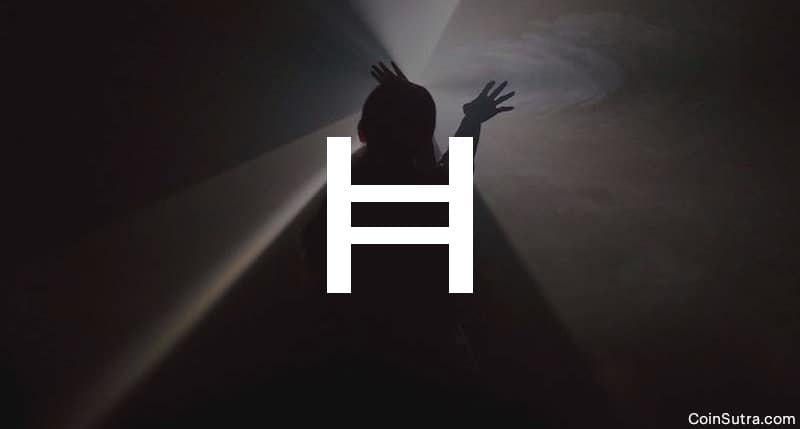 But there are problems:

The first and the foremost problem that the blockchains of the world face today is to scale to the levels of Visa or MasterCard without compromising their decentralized nature at the core.

Another problem is the use of wasteful proof of work consensus to achieve security and fairness by many decentralized cryptocurrencies like Bitcoin or Ethereum.

The blockchain is by far NOT the solution to all the ills.

Yet, pioneers around the world have not given up on ‘the blockchain’ and are still working hard to make it better in every aspect.

And by now, we have also witnessed other mutated forms of blockchains as well as different DLTs who claim to be better than the decentralized blockchains we know today, but that has already proven to be futile many times.

Futile because all these alternatives are compromising some or the other factor in their implementation. But one alternative DLT technology is making a lot of noise these days and claims to be a hundred times better then all the blockchains we have seen so far.

It goes by the name Hashgraph. 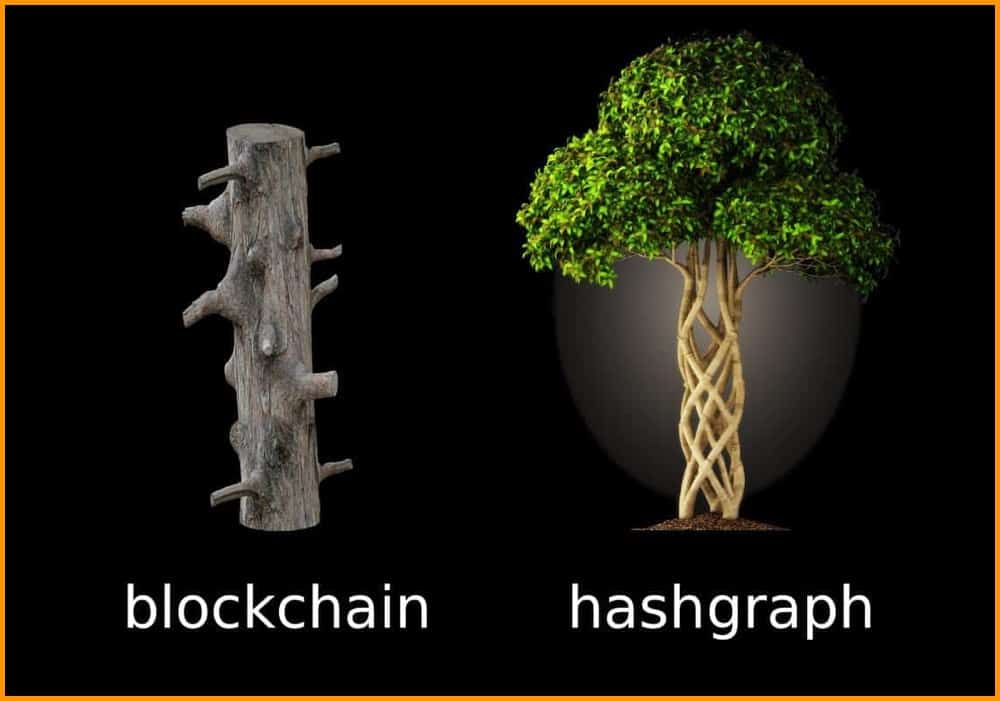 The aim of Hashgraph is to enable the users transacting to reach an agreement quickly in a fair and secure manner. But remember these users don’t trust each other so Hashgraph does this with the help of strong mathematical proofs that it has implemented in its protocol.

Let’s see how it works.

Hashgraph has fundamentally employed these two methods to reach an agreement between peers who don’t trust each other. These methods are: 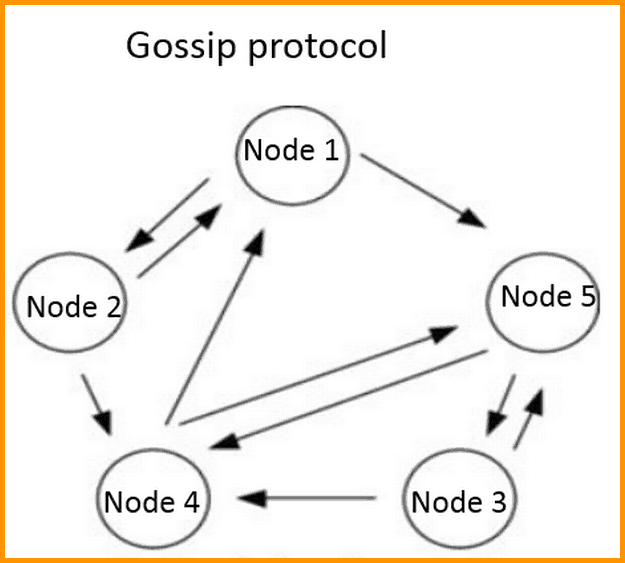 Gossip protocol is something that Hashgraph chose to implement as the first important thing in all types of distributed ledgers i.e. everyone knows what transactions have occurred. It is a random protocol where, if a transaction takes place at one node or computer, it randomly spreads the transaction info across all the nodes or computers in the network.

Now, these other nodes will spread the old info and the new transaction info that occurred at their end randomly to another node and so on and so forth.

Now imagine, when every peer or node or computer on the network knows ‘what’ happened, ‘when’ it happened and ‘who’ gave them the info, they can just do a virtual voting at their native node itself to reach to the finality of orders of the transactions.

That’s why Hashgraph has the word ‘graph’ in it because through virtual voting and gossip protocol once all the nodes are informed and have decided about the finality, all the events that occurred would look like a graph on a time-based event line. 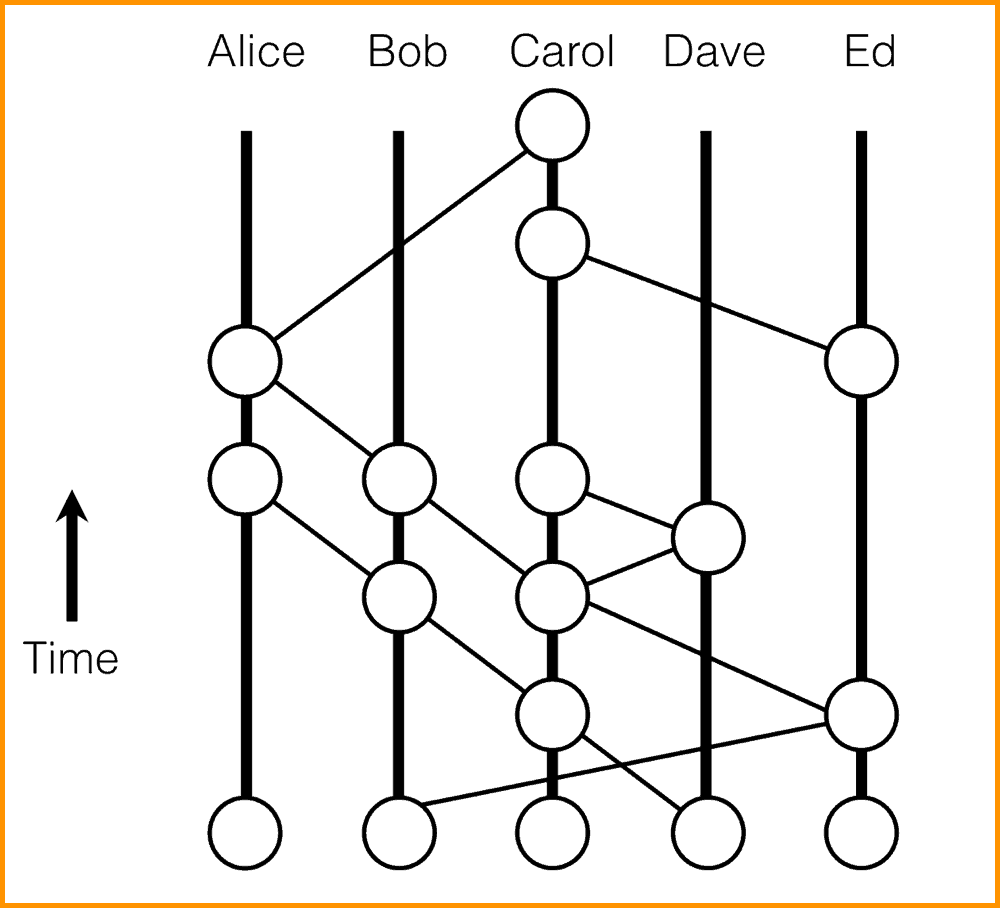 And by doing all this, Hashgraph achieves the penultimate security standards known in maths called asynchronous Byzantine fault tolerant. In computer programs, an asynchronous operation means that a process operates independently of other processes, which means they react to the exact finality of the order of transactions the moment they occur (Hashgraph).

Whereas, synchronous operation means that the process runs only as a result of some other process being completed or handing off operation which is our old way blocks in a blockchain.

Hashgraph until now is a patented technology but is soon going to be public with the launch of its public implementation called Hedera Hashgarph cryptocurrency.

The Hashgraph team is comprised of notable computer scientists and mathematicians as well as marketing and business development personnel.

Here is the full team of Hedera Hasgraph. 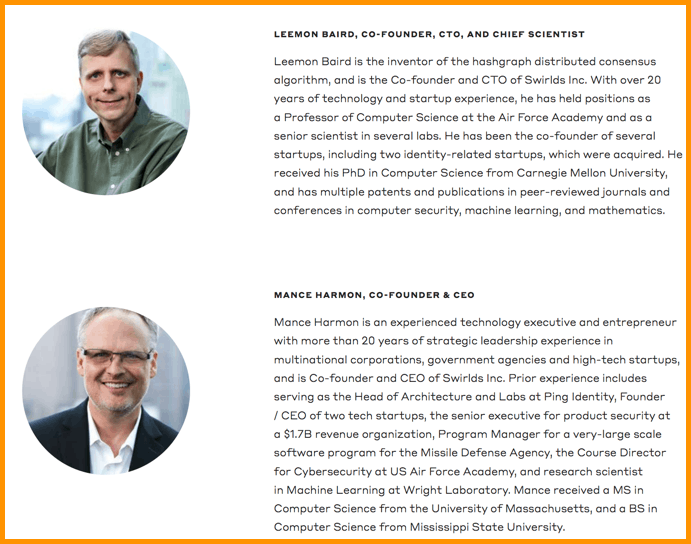 How Does Hashgraph Solve The Problems Of DLTs like Blockchain? 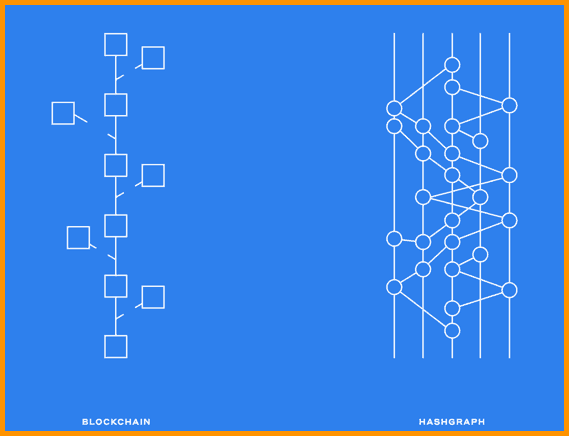 Hashgraph targets all the problems of the modern blockchain by being:

Hedera Hashgraph is the public implementation of Hashgraph technology which is in the pre-ICO phase.

The token may also be “staked” and used to run a node (for example, adding CPU to the Hedera public network), thereby providing the network security within the public ledger.

Take a look at the Hedera’s promo video:

Also, have a look at this video where Hashgraph’s creator explains his motivation and journey so far to invent Hashgraph.

It will be very interesting to see how Hashgraph solves the problems faced by other DLT technologies but so far Hashgraph has done pretty well in terms of serving its clients in a private environment.

But now the challenge is much bigger, to host something in public for the mass usage and this will be the real test of time.

Also, if this tech survives and does better than blockchains even if for a short time, you will certainly see the world switching to the better tech that Hashgraph is offering.

But for now, everything is on paper and we do have space for different DLT technologies to exist and compete together in a healthy environment.

I will be back soon with a detailed write-up on Hedera Hashgraph once it is launched, so watch this space on CoinSutra.

Update: They aren’t yet that open to the public and their sale is also limited to verified investors, so hold back and enjoy the crypto ride until hashgraph goes public.

1 thought on “Hashgraph: Will It Make Blockchain Obsolete? [Fundamental Analysis]”