CIVIC Cryptocurrency: Everything You Need To know

Blockchain and tokens based on the blockchain technology are taking over the world at a pace hardly imagined by many. The year 2017 saw an unprecedented proliferation of numerous blockchain-based tokens to solve many nooks and corners of various industries.

Many blockchain based start-ups launched their ICOs and raised hefty amounts. While some of these ICOs gave great short-term returns, some unfolded as scams and unlawful ventures.

It goes without saying that many of these will fail and the investors will not be able to realize the profits they are expecting. However, I believe there are some that are expected to live and thrive because of their viable business model and experienced team.

And FWIW I agree that only 90% failing is optimistic.

Hence, the agenda today is to discuss one such blockchain based start-up that had a decent ICO in 2017 and is expected to thrive in the future. Any guesses?

Well, guessing would be difficult given the fact that we have hundreds of tokens out there!

So, for now, I will let you off the hook and tell you that I am going to do a fundamental analysis of CIVIC (aka CVC).

In this Analysis, I will address the following:

CIVIC is an identity management service that allows one to protect and authorize the use of their identity in real-time.

In simple words, every time when you are required to prove that you are who you say you are, you need to undergo the same verification and document submission process repeatedly from scratch.

But using CIVIC infrastructure enables you to use your once verified data to be reused in places where CIVIC is accepted. This is called your CIVIC ID. In short, you can verify your identity without going again and again from bottom to you if CIVIC ID is accepted by the service that you are intended to use.

But wait! This is only one of the use cases of it. There are many more use cases that I will discuss further in this article.

See this introductory video of CIVIC for a more in-depth insight on the project.

What Is CVC Token & How Does It Work?

CVC is the native token of the CIVIC infrastructure which, as of now, thrives on Ethereum’s blockchain as it is an ERC-20 token.

The way Civic’s business model is defined naturally calls of a valued-token that can be exchanged when required.

Civic is building an ecosystem that is designed to facilitate on-demand, secure and low-cost access to IDV i.e. identity verification services via blockchain, such that background and personal information verification checks will no longer need to be undertaken from the ground up every time. Civic also intends to introduce a Civic token, or CVC, that participants in the ecosystem will use to transact in IDV-related services.

In simpler terms, there will primarily be three entities for this use-case, i.e. 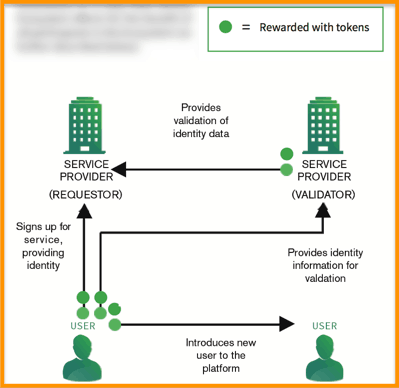 Now, the Validator who is already a trusted party and has it in their interest to verify the user verifies the PII. The validator, after verifying the user via its standard verification procedure, stores the hashes of the data in the blockchain. This data is stringently verified by Civic or identity verifying partners and then anchored to the blockchain in the form of un-decryptable data. Note here: The validator can be a bank, credit union or government body etc.

Then the requestor who now need not do the whole cumbersome process of verification of user’s PII will simply buy the attested data from the validator on the consent of the user in exchange for CVC tokens.

This way, you need not give your data repeatedly to various entities. Civic makes it easy and truly frictionless for users and identity requestors to verify data and simultaneously prevent identity theft because there is no actual data stored but only the hashes of the verified data on the blockchain.

Also, this creates a marketplace of verifiable and attested data which can be bought and sold in a free-market economy where the user is the in charge of the data.

There are other scenarios too which can occur. For example, an organization can reward/incentivize users (in CVC) to share their data with them for verification and anchoring their data on the blockchain which can later be sold to a requestor in exchange of CVC tokens with the consent of the user.

To make it easier, I am attaching a borrowed infographic of Civic infrastructure which is very apt of this section.

The CIVIC founding team is highly experienced, unlike other ICO projects where you will mostly find amateurs trying to leverage on the blockchain buzz.

Both of them boast of decades of experience in leadership and entrepreneurship. 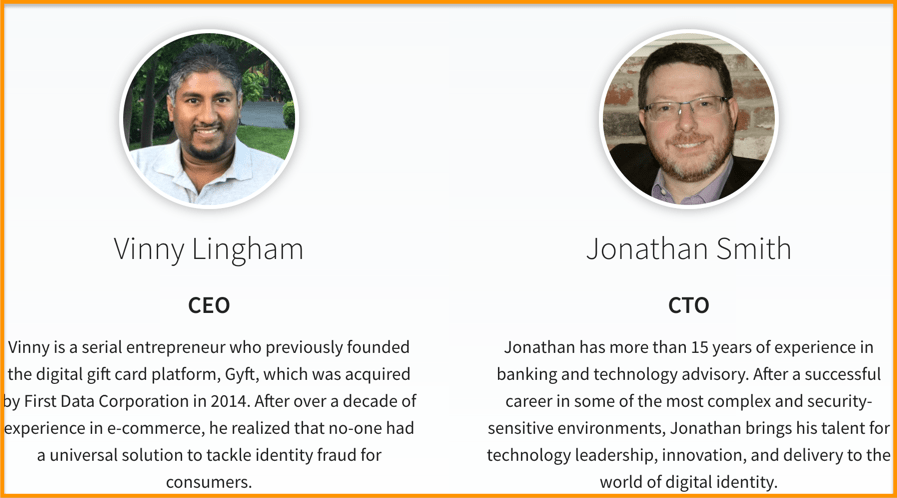 There are several other notable technical advisors in the Civic team which you can see here.

A total of 33 million CVC tokens were distributed in the Civic token sale and 1 billion is the fixed CVC supply that will ever be available.

According to CoinMarketCap, the total circulating supply of Civic is 342,699,966 CVC, and the current price of each unit is $0.12. That makes its market cap approximately $42 million (at the time of this article).

How To Buy CIVIC Cryptocurrency

With the proliferation of too many tokens in the cryptosphere, it is really hard for these tokens to get listed on exchanges and get the required liquidity.

But for some good projects like Civic, there are enough exchanges that provide decent liquidity while buying and selling it.

Here are some of the exchanges where you can buy Civic tokens:

Note: Buying CVC in fiat currencies such as USD, EUR, or GBP is quite difficult right now.

Civic use-cases are quite broad because they are creating something like a free market for identity verification in which the verifier and the user will be fairly incentivized by the requestor. CIVIC ID creation can have various use cases, some of which are:

In this way, one can avoid identity theft of one’s data which is a persistent problem in the world. I also think that such blockchain-based implementations have a good future.

It is so because the best way to keep any data secure is either not collect it or make it so distributed and censorship-resistant that it can’t be forged or hacked.

And this is exactly what Civic is doing with the blockchain-based tokens at its very core and creating a marketplace of IDV-identity verification backed by the security of Ethereum’s blockchain.

Last, but not least, I think CVC tokens are still cheap and haven’t really taken off after its launch. However, this not an investment advice. Do your own research based on some insights that I have provided and you should be able to make a decision.

That is all from my side in this introductory round of CIVIC project and CVC tokens. I will be back soon with a new write-up where I will tell you how to create basic Civic IDs and use it for login on websites like wikiHow.

Update: Civic has now launched a decentralized identity ecosystem called Identity.com. It is designed to connect users, requesters, and validators around the world to enable reusable identity verification, powered by Civic tokens (CVCs). This ecosystem allows individuals, companies, and other entities to interact easily and safely in the digital world. (Source-Civic Blog)

Also, as a plan to push adoption and understand CIVIC has also decided to launch CIVIC Libre tokens. These tokens can be claimed by companies on first come and first serve basis for free KYC requirements in their business.

Verify user identity for free until the end of the year with the Civic Secure Identity Platform. 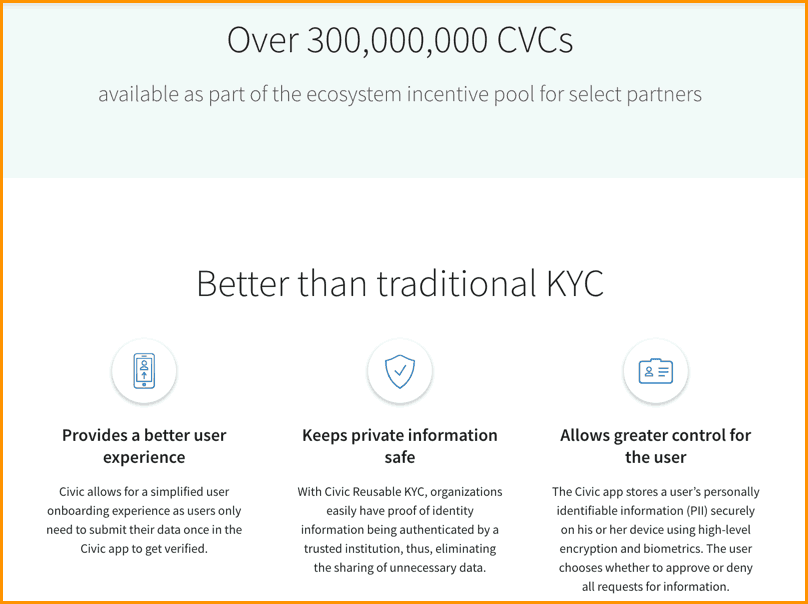 Some official links that will help you to be updated with Civic’s news:

3 thoughts on “CIVIC Cryptocurrency: Everything You Need To know”