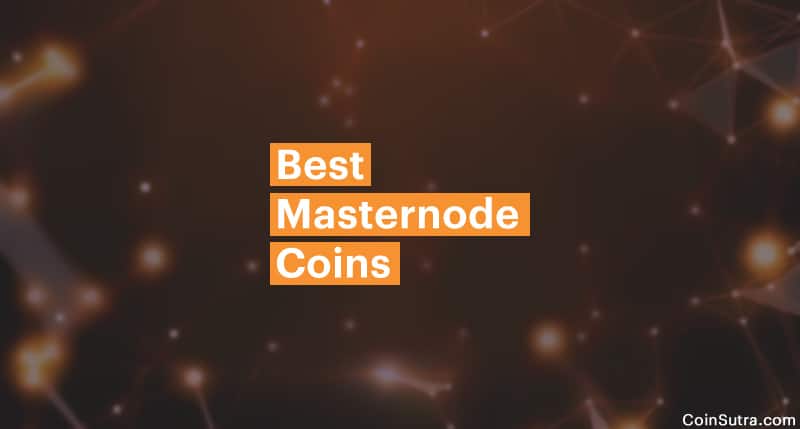 Everyone in the cryptosphere wants to improve their cryptocurrency portfolio and generate a steady flow of passive income.

I am assuming that by now you must have heard of masternodes. Don’t worry if you haven’t. We have you covered: What Is A Masternode And How Is It Useful For Cryptocoin Investors.

Masternode is simply a cryptocurrency full node or computer wallet that keeps the full copy of the blockchain in real-time, just like you have Bitcoin full nodes which is always up and running. Masternodes are slightly different in their functionality compared to normal nodes and are entitled to varying forms of incentives for providing their services. (I have explained that in the above-linked article)

For setting-up a masternode, you have to commit and buy-in a considerable amount of particular crypto coins and hold them in a wallet that is always up and running. And in return for providing your resources to host a masternode, you get native cryptocurrencies in reward.

But always remember that buying the coins and setting up a masternode early is the key.

Of course, there is a waiting time risk associated with setting up of a masternode early, but if you are confident about the coins, there is no harm taking a calculated risk.

Also, you need an eagle’s eye to spot the right project because there are many projects in the cryptosphere announcing their masternodes just to lure-in new investors but in reality, there is no need of a masternode for their project.

That’s why you need to be careful. From a long list of cryptos available in the market today, I feel the following coins have impressive masternode policies and look like they are here to stay.

DASH is a popular cryptocurrency which ranks among the top 15 cryptos on CoinMarketCap. And Dash only pioneered the way for masternodes by developing unique incentives for masternode service providers. Also, Dash masternode facilitates PrivateSend, InstantSend, governance, masternode management through it. And by looking at Dash’s per coin price ticker you can do the maths that how much it will cost you to set-up a Dash masternode now.

Lastly, according to masternode.online a Dash masternode generates $55 daily, which is roughly $20,000 annually considering the current price of Dash.

Another cryptocurrency that forked out of DASH and is now in top 100 coins is PIVX. PIVX also provides masternode functionality as well as staking as it is a proof of stake coin, unlike Dash. And here the masternodes are used for voting, sending instant transactions and preventing double spends. Also, by looking at current PIVX price ticker, you can calculate how much initial investment would be needed to run a PIVX masternode.

Lastly, according to masternode.online a Pivx masternode is generating $5 daily which is around $2000 annually at the current price of Pivx.

Blocknet dubs itself as the ‘internet of blockchains’. The Blocknet Protocol is a true peer-to-peer protocol between nodes on different blockchains, which enables the transfer of data and value between blockchains and opens the door to cross-chain Dapps. And it also employs the strategy of masternodes too as it is a POS coin.

Lastly, according to masternode.online a Blocknet masternode is generating $45 daily which is around $16,000 annually as per the current price of Blocknet.

Zcoin, also known as XZC or Zerocoin, is an open source decentralized cryptocurrency that focuses on achieving privacy and anonymity for its users. Zcoin is also the first crypto to implement zerocoin protocol on it to ensure confidentiality and anonymity. It also implements the concept of masternodes known as Znodes specifically for performing Zerocoin transactions.

According to masternode.online, a Zcoin masternode in today’s times is generating $19 daily, that adds up to around $7000 annually at the current price of Zcoin. Also, read- Zcoin (XZC) Cryptocurrency: Everything Beginners Need To Know

Having masternodes of cryptocurrencies is a smart way to earn extra bucks. Also, you get rewarded in dual ways by running a masternode, one is by earning new coins, and another is by the price appreciation of the coins that you are holding.

Note: for almost all masternode currencies you need the following things to set-up a masternode.

Some more notable projects such as…

…have hinted at having masternodes.

That’s all from my side in this article. I would request you to take a look at the projects that I have listed above.

Also, tell us in the comments section if we have missed any critical masternode coin. Do share your experience of running a masternode if you have one.

2 thoughts on “Best Masternode Coins In The Cryptosphere [2018 Edition]”